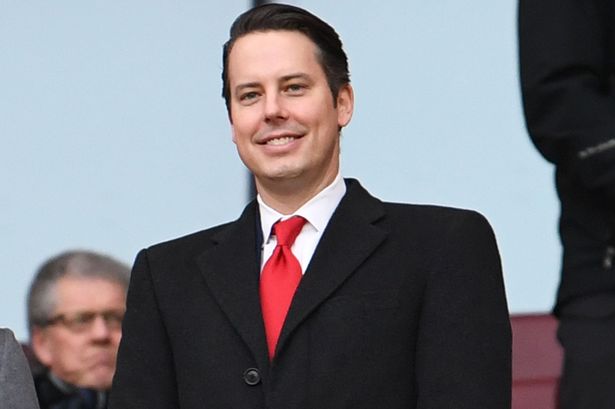 Via Getty Images (fair use)

Did you read Josh Kroenke’s letter in response to the petition by billy blogger and the #WeCareDoYou group? Did you notice that Josh’s reply has taken the air entirely out of their balloon?

After a week the petition has petered out with hardly anyone discussing it. The organizers seem to have had no follow-up planned. Also they must have been surprised by the swift reaction by the Kroenke’s with Josh slapping down most of their claims.

Don’t get me wrong. As individual fans or even as a collective, any football club does well to listen to its fan base on a variety of topics. But when a section of that fan base believes they have a right to determine how the club is run or managed, they need to be put right back in their box.

Seems to me the self-styled “we-care-for-Arsenal-more-than-you” over-reached. A week after the launch of their ill-thought campaign, they have managed to gather less than 150k signatures. While you might think 150,000 signatures is a lot, one of the prime movers – Arseblog alone has 306,000 followers on Twitter. You would think the least he could do is persuade more than 50% of his followers to sign up to the pointless cause he is leading.

As the son of the 100% owner and the de facto BOSS of Arsenal, Josh Kroenke had the balls to pen an open letter declaring how dare you question how much my family care for this club when we could easily lose a billion dollars of our own money if Arsenal were to fail.

Take a look at the key points made in his response. (Some of the sentences are my reconstruction of his direct words.)

‘My Family and I Own Arsenal’. The implication of this statement is ‘billy bloggers’ can take antacid tablets if our ownership of Arsenal hurt your collective tummies.

‘Arsenal’s goal was to qualify for the 2019-20 Champions League’. Perhaps this has always been the same goal while Arsene Wenger was in situ. You know the same goal ‘billy blogger big boots’ were tired of and thought it was stale.

‘Arsenal Is Not At a Crossroads’. A direct shot cross the bows of the lousy collective who claim to care more than the global Arsenal fan base made up of at least 37 million people and more.

‘The recent changes will take time to yield result’. An indirect way of telling us not to listen to the feckless collective who believe they have the right to speak for you and I. The collective who believed that any other manager will win loads with the Arsenal squad but are now forced to eat their nicely packaged vomit.

‘Arsenal now needs a period of stability’. Josh is in essence telling ‘billy blogger’ to go home and stop destabilising the club with its circus. Can you imagine random 16 nobodies writing thrash about the club they claim to support and getting wall-to-wall coverage from the national media. How can you claim to care about a club when all you are doing is dragging the name of the club in the mud, potentially preventing prospective players from signing up to the club? If you were a player, would you want to sign for a club where the fan base thinks the club is going down the pan?

‘Arsenal has a beautiful history full of honour, class, trophies, commitment to the community and player development in which we all take immense pride and will no doubt continue to honor’. The motley crew will like Arsenal to jettison this in search for immediate success.

‘We thank our supporters for their passion, commitment and for being the lifeblood of Arsenal’. In reality very few, if any, of the “we-care-for-Arsenal-more-than-you” group show any passion and commitment for the club. Take your time to go through each and every one of their social media timeline, their likes, their retweets, etc. It is filled with Arsenal and Arsenal player loathing. Starting from their rejection of Wenger and their denigration of the 3 FA Cup trophies we won in his last 5 years to them leading the lynch mob on players like Ozil and Mustafi.

We listen to the mindless collective at our own peril.

If anybody ought to lead Arsenal fans in asking for any more from the owners, it is not this lot. Just two seasons ago they were vehement that routine champions league qualification was stale and back to back FA Cups was to be derided. All of a sudden claim to care about Arsenal. When did this caring start? It is to be obvious to me this is not about Arsenal; this is about publicity, about being seen as the voice of Arsenal as opposed to the AFTV lot but guess what, they are both the same. They are both determined to bring Arsenal to ridicule. They can only succeed if you let them.

Thanks Josh, for having the balls to expose the phony claims in the petition and setting straight those who were misled. Maybe you have what it takes to get the club back on the right track, sooner rather than later.