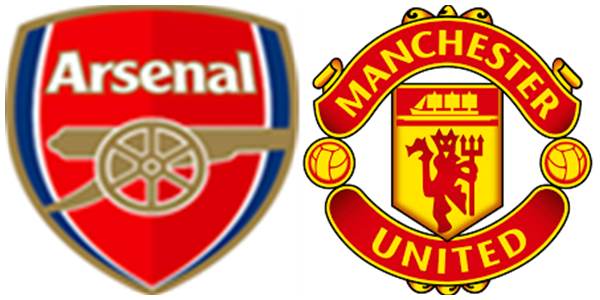 Moving into the new year, Arsenal will hope to leave behind a pretty dire 2019, while Arteta will hope the third time’s the charm. The Chelsea loss was hard to take, although yet again, the performance was encouraging. Results now need to follow. It won’t be easy against our old enemy.

The Red Devils’ fall from grace is almost as steep as their biblical namesake, but they always seem to raise their game against us. They have issues of their own, as apparently Pogba hasn’t traveled with their squad, but we cannot afford to take them lightly.

They have made fewer passes and taken fewer touches than us in the league. But they are 3rd in shots taken and have scored more goals than us. Marcus Rashford is actually scoring goals now after we gave his career an instant boost and Daniel James is providing assists for them. They are now 5th with 31 points; 7 points, and 7 positions ahead of us. I would also expect a Mike Riley like performance from the Mike Riley led referee. All of which is to say that they can be expected to cause us problems.

We have some problems of or own. Injuries are still an issue. Some reports yesterday that Callum Chambers has got an ACL injury and will be out long term. No way to be sure, but I’m inclined to think letting Darren Burgess go might not have been a good decision. Just one among many of course, all of which is now on Arteta to fix. Left back remains an issue with both Tierney and Kola out long term, and while Saka has done as well as can be expected, he’s now played the last two games. Can he play the 3rd in a week? Should he? Similar issues at RB with AMN.

If Arsenal weren’t in the dire position we’re in, this would be a game I’d honestly even be willing to take a loss in and move on. As it is, we need to win, but it’s too difficult a situation with all the injuries, and other disruptions.

Rumors keep surrounding the futures of both Xhaka and Torreira. The latter was the only one not to go to Emery’s office to extend goodbyes. Heh. Good on him, I say. But it does point to a genuine feeling of dissatisfaction. Likewise, Xhaka’s agent has been quoted as saying he wants to join Hertha Berlin. Arsenal’s best midfielder, for all the disrespect he gets, is willing to join a midtable German club.

There’s also doubts on the futures of Aubameyang and Lacazette, neither of whom have signed new contracts. (So much for ‘Don’ Raul being a genius at such negotiations.) Plus, the enigma of Pepe remains. That’s 3 head coaches who seem to indicate he’s not training hard or well enough. It’s frustrating because he’s clearly talented and we’d love to see him play more. Attitude issues aside, the horrid tackles allowed on him by the aforementioned Mike Riley refs can’t have helped his adaptation.

To round up on injury news, Martinelli and Bellerin are still doubts with hamstrings. Officially Sokratis has recovered from his concussion, Holding is back now after his hamstring injury, and same goes for Ceballos. How fit they actually are is another thing.

So, what can we expect from this match? In case you can’t tell, I am completely confused about it because of all these issues. Still, I’m going to guess we’ll play the players who are fit, even if they want out. Because needs must. That means I’m going for the following lineup

The biggest threat will be down our left with James crossing from there, and our left back problems. Xhaka might actually be key there as he moves left to occupy that space. Especially if it is going to be a debut for young Bola. Nelson and Ozil will also have to work hard. On the other flank, Pepe may not be the most hard working at covering, but him running at say Ashley Young ought to terrify ManU. Especially with Ozil to pick passes. Xhaka and Torreira should also give us a solid enough base to keep most of the possession.

Transition defense will be where it comes down to, and anti-football as it is, I hope Mikel has been coaching the team in the ManCity ways of fouling opponents early in the buildup. Expect some yellow cards to come our way when others don’t get them, but that can’t be helped.

Logically, I think the best we can expect is a draw. But I have a gut feeling we’ll sneak a lucky win against the odds. 2-1 to Arsenal. A good omen for the year ahead.