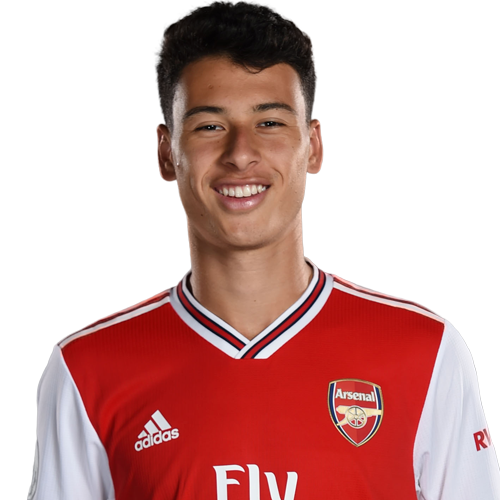 For the second time running, Arsenal youngsters in a midweek cup competition with less pressure on the outcome and more freedom from the manager than our full strength ever gets in the league dazzled the Emirates and romped their Belgian counterparts on way to a resounding 4-0 victory.

Bellerin started for the first time this season and got the honor to captain the side as well. His reputation seems to have become legendary at Arsenal during his injury, something that has been our tradition. Holding also continued his comeback alongside Mustafi who now has registered three clean sheets on the bounce. What would Luiz and Sokratis give to get one!

Tierney put out another impressive display of full back with his desire to drive forward from both wide and inside positions which was very good to see. His direct approach and ability to combine well with Nelson gave nightmares to Standard Liege RB, who later took out his frustration on 18 year-old Gabriel Martinelli, after getting left for dead for the umpteenth time by the man who really stole the show on the night.

Man on a mission

Before the game Unai Emery publicly said that he does not see Martinelli’s future as center forward and if he is to really develop he should be playing out on either right or left. But playing again as a center forward last night, he looked like a man on a mission to prove that verdict wrong. Because he did not only scored 2 but the manner in which he scored the goals can only be attributed to a center forward with sharp sense of the movement off the ball, willingness to attack it and then knowing where the goal is to finish it.

Martinelli’s energy and movement created havoc in Standard Liege’s defense and the way he waited and then sneaked past his defender to meet the cross of Tierney for his first goal was something that we have not seen Emirates for a while. Two minutes later, Martinelli had his second when he showed composure and eye for goal to curl the ball into the bottom corner of the net and with it he became the youngest Arsenal player to score 2 or more goals in  a European game. He was so good that it was surprising how he didn’t end up with his hat-trick.

Ceballos also added another impressive outing to his loan spell which saw him score his first Arsenal goal and move one step closer to a successful Real Madrid return. But what was key here was his pairing with Torreira. For first time this decision Ceballos played as a true box to box midfielder sitting alongside a defensive midfielder and it gave Arsenal a kind of balance that we have been seen missing this season. Will it be continued in league is quite another matter.

Willock is slowly becoming a fixture in the first team and tonight would have done no damage to his continued push towards more first team football in league. He took his goal well and it seems like he is slowly adding more and more arsenal to his game which is taking him closer to become the Gunner we let go for free in the summer.

At the end, Arsenal has maximum points on offer from their first 2 games in Europa and seem to be cruising. Young talent is bursting at the seams and Unai Emery keeps winning or drawing. Ozil controversy? What controversy?