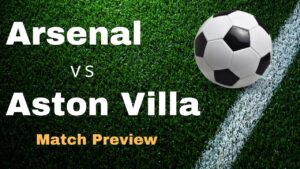 So it looks like Arsenal’s transfer plans and my pre-match writeup both got messed up by the news of Elneny’s injury. First of all, here’s wishing Mo a quick and full recovery. He’s one of the nicest guys in football and deserves good things. But for Arsenal the problem is compounded by the continuing absence of a not-so-nice guy, as well as the left back/cm hybrid that is Zinchenko.

It might be a bit of a blow but I don’t think we are short of options long term. For now, we have last season’s signing Sambi Lokonga who will be eager to take the opportunity. We could also shift Odegaard deeper and play ESR/Fabio further ahead. Plus there’s still AMN or youth players to consider. So not quite panic stations, though I wouldn’t rule out a panic buy (remember that term?)

Lots of teams are taking another look at their squads and reassessing their next moves ahead of the transfer day deadline. But our next opponents might have even more reassessing to do as rumours around Stevie Gerrard’s departure are making the gossip columns. At least we’ll avoid any new manager bounce just as we did with Bournemouth.

Villa have quality on paper

But what can we expect from Villa? The only team they have won against so far was the one (mis)managed by Gerrard’s fellow golden generation midfielder. They lost to Bournemouth on opening day, won against Everton, lost to Palace and West Ham, and now visit table topping Arsenal. On paper though, they have some quality in the side and are underperforming. Along with 2 former Arsenal players Martinez and Chambers, they have Arsenal fan Ollie Watkins, one time Arsenal target Buendia, and Barcelona reject Phil Coutinho. Tyrone Mings is also expected to be fit and available to play in defense. 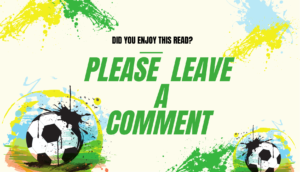 Arteta was keen to point out their physicality and how he expects a grind like we faced against Fulham and that’s a smart approach. I think we can expect them to press (and foul) the midfield we put out there in the likely absence of our first, second and potentially third choice to partner Xhaka. But if we can move the ball quickly and retain possession, our quality up front should be enough to see us through. Of course should Gabriel Jesus and co. not be enough we also have set pieces as a key part of our Arsenal.

Will Vieira make his debut?

It’s still early enough in the season for it to not be an urgency, injuries aside, but I’m looking forward to seeing how we rotate the squad. I think Sambi deserves the chance to play, but this also seems like a good game to introduce ESR or even new signing Fabio Vieira into the starting lineup. I doubt that’ll happen but have a feeling Vieira will make an appearance tomorrow so we can finally get to see what Jorge Mendes Edu & Arteta brought us to create more chances.

On that note, our chance creation this season is so much better this season and a lot of that is down to systemic changes. This for some odd reason this annoys the Arteta cult, when him learning and improving is actually to his credit.

Even the games we haven’t been at our sharpest, we at least retain a threat, and have found a way to win. The football is much better to watch compared to seasons prior, which is the first thing that matters. There are still questions to be answered and tougher opponents to come. But for now, our job is to see off all the mid-to-lower level clubs with minimum fuss. Hopefully that’s exactly what we do tomorrow evening at the Emirates Stadium.