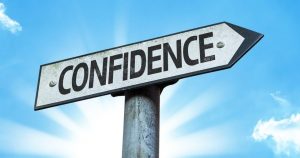 A new season is a time of universal hope. ‘This can be our year’ is what every fan believes. It’s one of the little pleasures of the game. However, personally, that belief is made more difficult when pushed as a reason to exalt the management. Where every misstep is treated as some sort of grand plan. Then I remember we’ve been here before.

Before we went into the 2021/22 season, there was a lot of optimism around Arsenal. We may have finished at our lowest position since…. the season before… but now we finally had a new culture, The foundations had been laid ..again… and now the time was to go on to the next level. A season outside of Europe was going to help us get top 4, while our 6/6 transfer window would prove just how special this project was going to be. We pointed to being 2nd in the bespoke ‘since boxing day’ table. We said finishing on the same number of points the season before would have meant 5th and not 8th and no Europe. And by we, I mean Mikel Arteta himself.

Will transfer spending and a perfect culture make the difference?

Now we are heading towards the 2022/23 season with a lot of optimism around Arsenal. We may have finished at the same position, with fewer points and goals while playing fewer matches, as we were with Emery, but £300million of spending and perfect cultural decisions in the winter ensure that the Emery-esque end of season collapse is a positive. We’ve pointed to the improvement from our lowest point, discounted the impact of playing one game a week, and again mentioned how these same points a year before would have seen us finish 4th. We’re chasing history, baby!

I wish the club and some supporters (not fans) would stop forcing this ‘positivity’ down people’s throats. It’s a false classification anyway. It’s primarily dishonesty. One that is being woven into the story the club officially tells about itself. If buying into the process means buying into the idea that everything was rotten before and worse results and horrid treatment of playing and non-playing staff is all part of the plan, then I can’t truly believe.

Compliance is being branded as commitment. Fakery with grand gestures as love. That was never my style and nor was it Arsenal’s. The Amazon cameras do not represent reality. 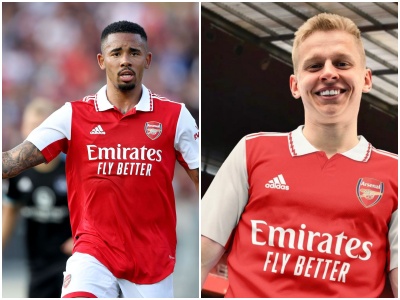 But, beyond the soundbites, it is true we’ve got a few exciting and a few intriguing transfers over the line, and may not be done just yet. Signing Gabriel Jesus represents somewhat of a coup for where Arsenal are and really could be the spark that gets the cannons firing. Zinchenko will be a hybrid full back midfielder. And Saliba being back (despite Arsenal’s best efforts) is a huge positive.

Do we have a target for next season?

So what is our target for the season? Last season the club actively avoided mentioning it until in mid-February they brought up top 4 in the fans forum, after which the manager also said that is the goal. At the time it looked almost a shoe-in. Then we lost 3 in a row, and, not 2 months later, we were discounting it as a thing. Only to be revived with a run of 3 wins, following which we laid the ground for a ‘secured top 4 at WHL.’ It certainly evoked memories of 2004. We even had Bergkamp and Henry for a photo op with ESR and Saka. Well, we know how that turned out.

But never mind, the manager already had a new contract by that point, and we had declared we’re ahead of schedule. The important thing is not-finishing top 4 didn’t mess with our real plans of finishing top 4. All this is just a reminder of how we got here, because these days reality is a battlefield.

Where is the scope for improvement?

I’d written an article prior to last season hoping to see us secure a 10-point improvement, a top 4 place, and examined where we had to improve. So how did we perform and what can we improve upon again?

I had split the table of our 19 opponents into the top 7, mid 7 and bottom 5. Even though we didn’t finish 8th this time I think I will stick to that, especially as the top 8 consists of the same clubs as last time.

Thus, Last Season, the biggest area of improvement needed was in picking up points against the teams from 9-15 in the table. We gained 5 more points. It should’ve – could’ve been more as 25 of a possible 42 shouldn’t be our ceiling, but it represents our largest improvement within these groupings.

Goalscoring remains a concern, despite scoring 6 more goals in the league. We didn’t score in 11 games (12 in 20/21). Of the 61 goals we did score, 23 came against the bottom five teams. 6 against Everton including 5 in a meaningless-nothing to play for last game of the season at the Emirates. 6 against Norwich, and 6 against Leeds, 4 of which came against basically their reserves. We also scored 4 against Watford.

We did score more against the top 7, but this came with a whopping disparity at the defensive end, conceding 10 more goals across the 14 games.

Home vs away record.

We had 13 more points at home this season, scored 11 more goals at home, and conceded 4 fewer. Which led to many saying we’ve made it a fortress. This may be true, but not-traveling well bodes ill for a side which will have to do a lot more traveling now that we’re back in Europe. It is also potentially important that a team which had more points away from home in 20/21 has the opposite problem now.

From less to more matches, how will this impact?

And that’s also another aspect to worry about. All of our improvements came against the backdrop of fewer matches (13 fewer in fact), and less travel. It also was a season where we deliberately and conveniently did all we could to avoid any pressures associated with targets. When we did have a top 4 goal within our reach, we fell well short. Part of an inability to deal with pressure and things going wrong is shown by the fact that of our 13 defeats, only 3 came as standalone losses. Of which 2 were losses against Liverpool, which were (sadly) expected defeats, or free hits as we now call them. The run of defeats went 3-1-2-1-1-3-2. If we’re to improve we must react to defeats better and faster.

Going into next season, we can no longer continue to shield the team and the manager, from the demands of achieving the things we once insisted was not good enough for a club like Arsenal. No more words like process or project, no more complaining about injuries or scheduling, about needing time for players to jell, and no more grandstanding by talking of taking bullets in the chest, nor swinging between appropriating figures from our history and calling them poison.

If preseason is any indication, the players are eager to perform. We’re scoring lots of goals, moving the ball quickly, moving well as a team in defense. We surely need to aim to finish top 4, which should need somewhere around 73-75 points. 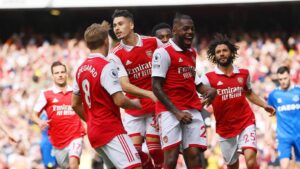 Arsenal had a happy pre-season

Let’s also aim to hit the 75-goal mark for the season. While Gabriel Jesus will be our prime goalscorer, hopefully getting to 20 league goals, we’ll need Saka to keep contributing going, and Martinelli to pick his up. ESR may drop off a bit but between him, Fabio Vieira and our newly appointed club captain, Martin Odegaard, we should have enough.

But the key element, imo, is how Eddie Nketiah does in the goalscoring charts after signing a new contract. He’s shown he can finish. What his role and game time will be remains to be seen, but if he can get between 10-15 PL goals that will really help us get to where we need.

Let’s also aim to not go on runs of defeats and then have to play catch up.

It will be a unique season with a winter World Cup, so not only do we need to be prepared for European matches but also plan our fitness and training keeping the disruption in mind.

More than anything, I want this club to not be so afraid of failure. At times last year, fear ran rampant in our football and imo cost us top 4.

I hope the people at the club can move beyond the inability to own up to mistakes and the gaslighting as to where we are in relation to our targets. It’s the single biggest factor alienating me from the club. This is not fandom or supporting Arsenal FC. It’s asking us to be meek little Kroenke stooges. My grand hope for the season is that a) the club stops doing this and rediscovers its values, and b) I can go back to letting them get on with it and just be a fan. So here’s to a fresh start.

We’re in good shape, good form and feeling good heading into the new season. Just like last year, we will again kick-off the season, this time taking on Patrick Vieira’s Crystal Palace. A good start would already go some way to ridding us of the troubled memories of last season and set us on our way to what we hope will be a successful season for the Arsenal.

********
This blog is also available on our Telegram channel:
https://t.me/uncensoredarsenal