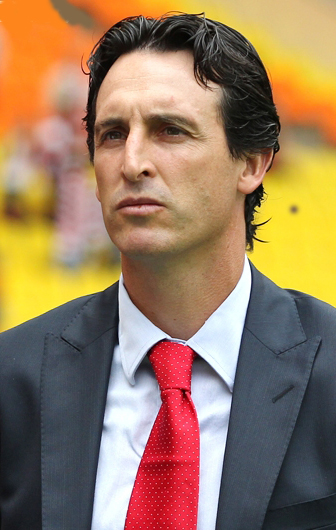 Emery’s final game? That seems to be the general feeling around the Arsenal fans and media. There’s lots of drama involved in this fixture that has nothing to do with football.

As far as that goes it’s not the greatest of stakes. No wonder then that attendance is predicted to be low. There’s also some security measures which means Frankfurt fans won’t be at the stadium, and red level members won’t be offered tickets.

Stan Kroenke is said to be in the UK right now and probably will be in the stadium. He owns it after all. But his presence has only added fuel to the rumours of Emery’s departure. Or is that just naive hope?

Emery refused to be drawn on his future, which you would expect. The theme of the press conference instead was on how he wants the supporters to feel a connect with the team. If he really wants that, I think the best way to help is to resign. That’s harsh, but I mean it. I think the reason for the lost connection is Emery’s approach to the games. It goes entirely against our identity, and fans’ patience has finally run out. A new coach is the only way forward.

Of course, worryingly, but almost inevitably while Raul is here, the new coach may not help with that either. What started as a stupid betting rumour became a seeming possibility. Wolves coach and Jorge Mendes client, Nuno Espirito Santo, is supposedly the next Arsenal coach in waiting. Nothing against him but I hope he keeps waiting. This seems more like Raul Sanllehi relying on his little black book of contacts rather than a considered football oriented decision. Even apart from that, although NES is better than Emery (at this point, who isn’t?) but his football style is similar to Unai’s. There also is some doubt whether he can make the step up to the demands of a big club. His past record isn’t very reassuring in that regard.

To Be or Not To Be

Frankfurt currently stands 3rd in the group, tied with Standard Liege on 6 points. Despite leading with 10 points, Arsenal aren’t quite through from the group stages. Could the unthinkable happen? Frankfurt will certainly be motivated enough to avenge their opening day loss to us, and they might sense blood in the water when it comes to our managerial situation. A loss doesn’t seem out of the question.

On the other hand, if the decision to sack Emery has already been made, it might lighten the pressure on the players and even Emery himself. Interestingly, Xhaka might be back on the field. Not only did Emery say it’s a possibility, but the unofficially official club PR mouthpiece, Ornstein, has been saying that he is viewed as very important among the Arsenal hierarchy. Personally, I think if Xhaka is prepared to play for us again, it is only because Emery is on his way out.

Team News: Kola, Bellerin and Ceballos out with hamstring issues. (Something for the medical department to look at maybe?)

I’ve talked myself into predicting a win, a rarity these past few weeks! 1-0 to the Arsenal.