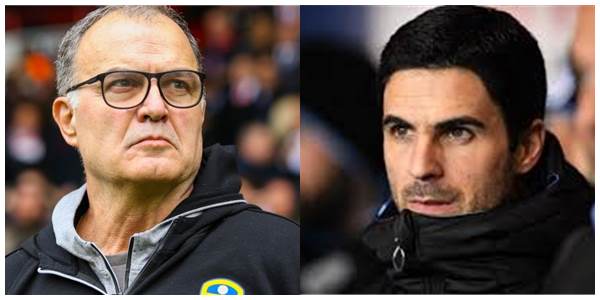 Leeds in the FA Cup can only bring up one image. That of Thierry Henry on his return, receiving a through ball from Alex Song, turning in that familiar manner, and finishing in the far corner. I could barely contain my joy at that moment, and there were many millions who felt the same.

This game too sees a returning hero for Arsenal, but he’ll be sitting in the managerial seat. Can he bring the Arsenal fans the same sort of joy? For many, he already has done. But this is his first FA Cup match. The trophy he won for us as a player to end our drought. The trophy we’ve laid claim to more times than anyone else. The magic of the cup still holds. Tough schedule or not, we should be looking to advance.

Of course, when we say the magic of the cup, we need to acknowledge the other side will be hoping to cause an upset. As it is, it wouldn’t be a huge upset. Leeds are no pushovers, and in Marcelo Bielsa, they have a legendary figure to guide them. Arteta was full of praise for him, and as much as Mikel is Arsene’s successor, he is Pep’s apprentice and Bielsa is somewhat of a spiritual guide to him as well.

Expect Leeds to be full of running, pressing the ball, quick passing movements, and potentially full of goals. They sit on top of the Championship with 52 points from 26 games. Ahead of West Brom on goal difference only. Having narrowly missed out on promotion last year, this year they will be looking to make the step up. The point being that they aren’t some minnows we should simply expect to beat. However, the very fact that they are focused on their league campaign might mean their motivation for a cup run is somewhat absent. Bielsa apparently said that a few players will be making their debuts for the club in this game.

One player who will not be turning up for Leeds is Arsenal loanee Eddie Nketiah, who we have recalled from his loan spell. Playing under Bielsa would have done him good, and his goal scoring record is excellent, but he wasn’t playing enough. The question is should he play for us against Leeds? It would be poetic. Not as much as Henry, but quite fitting in some ways. Especially with Martinelli still an injury doubt, we could also do with some rotation up front. Still, it would make him cup tied for the rest of the season and would affect his loan prospects, if we’re thinking of sending him out again. Interesting to see what happens. I fully expect us to play some youngsters of our own too, but I think Eddie is unlikely to be among them.

If both teams play to their coaches’ philosophy, this should be an entertaining game. I wish it is because Arsenal fans are hungry for some good football.

Is it worth it to guess at the starting XI? Well, why not?