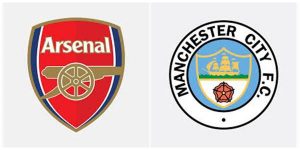 When Arteta left Arsenal to join ManCity’s coaching staff there was hope among many Arsenal fans, including me, that he would learn from Guardiola and one day bring back that knowledge to the club as our manager. It didn’t quite happen as planned, but it did happen eventually. But now my worry is he’s too much like Pep, and not enough like Arsene. It’s fine.

There’s a reason we sang ‘One Arsene Wenger’. Arsenal are not City, and we’re not going to spend like them either. One would think the culture that kept us competitive, despite our disadvantages, would be an asset for those in charge. Instead they seem to think it was a flaw holding them back (more likely it is a question of ‘saving’ money.)

We never had such a clear teacher-pupil relationship between managers before, so it makes for an interesting dynamic. Or, if you’re cynical, an embarrassing one. Both in terms of Pep talking patronizingly (to my ears) about Arsenal, and probably for City fans, when they lost the FA Cup.

I must say, Manchester City are a weird club. They are trophy hunters who also tend to not be too bothered by not winning trophies as long as their way of doing things gives them hope for the future. They value history, but they end up putting a price on everything. A club of contradictions.

Arteta and co have brought those contradictions to Arsenal as well. We pride ourselves on our history and class, and then end up cutting ties with virtually all that bound us to the past, and in a manner most uncouth. We value attacking football, but choose to play as conservatively as possible. We talk of discipline and non-negotiables and then end up playing favorites. I’m not sure I like it. But we’re all along for the ride.

City are once again runaway leaders, and though they can be be boring and mechanical, this season they’re playing some really enjoyable stuff. We’re quite clearly the underdogs in this contest, no matter how much Guardiola talks us and Arteta, up. After years of berating a top 4 side as midtable, Arsenal fans are now talking up a midtable side as close to greatness.

One reason for their optimism is a slightly improved record against the top sides. City, unfortunately are not part of that record. Arsenal have lost the last 7 games to them in the league, and, if it’s to be number 8, we could find ourselves out of the top 10 again with 13 games to go.

A ray of hope

One ray of hope is Aubameyang, who after a self admittedly poor run of form, has rediscovered his ability to score. If he scores 2+ goals today, he’ll become the first Arsenal player to score at least a brace in 3 consecutive matches. However, after the midweek game with Benfica, we should expect some changes and Auba may be on the bench. Pepe will likely start. Martinelli could be on the left. Lacazette might start up front. Midfield will be interesting because we lack some depth there, especially since Partey is still injured. Are Xhaka and Ceballos both going to play? Or will this game be sacrificed at the altar of the Europa League?

We can always hope for a good result, but I keep hoping to see us play well. Not in patches. Not just creating chances from wide areas. But a full game of us playing entertaining football with the confidence and swagger we once had. Maybe coming up against the best can draw it out of us.