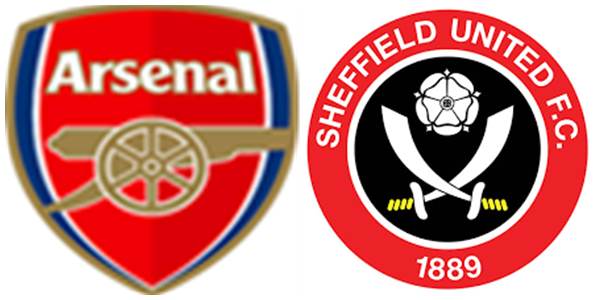 Three months ago, Arsenal was in 3rd, ready to take on Sheffield United. We ended up losing that game. Today Arsenal are in 10th and Sheffield are 4 points and 4 places ahead of us. We also have injury problems. And yet, I feel more confident about the game now than I did then.

Call it the Arteta effect. We’re looking so much more organized in midfield and defense. We’re finding our passing patterns. There’s been some fairly simple, and yet major tweaks to how we set up, which has allowed players to play to their strengths.

But this game will maybe need an extra helping of Arteta’s magic, and very possibly some good fortune. Only Liverpool have conceded fewer goals than Sheffield (joint second best record with Leicester). They’ve conceded 10 fewer goals than us. Clearly, they are not a team that is easy to break down.

Arteta was full of praise for their coach as well. He made it a point to praise the movements, tactics and attitude of their team, calling Wilder ‘special’ and himself a ‘big admirer’ of him.

At this stage of the season, I think we have to accept that Sheffield are where they are on merit. And while defense is their strength, they have the ability to score goals as well. Only 24 goals in 22 games, but that’s just 5 less than Arsenal have scored despite our mighty strike force.

What’s worse, our strike force is now depleted following Aubameyang’s 3 game suspension. Arsenal’s appeal against it was overturned. I think that is the right decision actually. We can only look to ourselves.

Lacazette may not be in the best of form, but when Arteta was asked about it being a problem, his response was great. That it’s a problem only if Laca feels it is a problem. All strikers go through lean spells, but I believe Lacazette is much better than he gets credit for. He plays a different role to Aubameyang and as such his goalscoring dips. But he has the ability to score too. He’s a better natural finisher than Auba, I think. But he now needs to step up and show it.

Meanwhile, Arsenal also brought back Eddie Nketiah from loan at Leeds, and despite initial reports he was on his way to Bristol City, it appears Arteta has decided to keep him for the rest of the season. Hopefully it isn’t just a cautious/short term measure and Mikel has seen something that he likes, enough to give him chances this season and beyond. Whatever shortcomings (get it?) he has, Nketiah definitely knows how to score a goal. I’d look for him to make an impact off the bench.

There were also bizarre rumors this week. We’re linked with John Stones (which Arteta shot down) and also linked with PSG’s backup LB, Kurzawa. He’s out of contract in the summer and might be available on a free now. I suppose these rumors have some logic to them because our injury problems in defense continue. Kolasinac is injured again. Arteta held out some hope of him playing. Tierney is of course out. Bellerin remains a doubt. Callum Chambers is out long term, and just to make things worse, Torreira has some issue with his hip. Probably to do with his fall from Zaha’s push in the last game. Ceballos should be fit enough to play.

On Kurzawa, the relevant part is that he has recently switched agents. He is now part of Kia Joorabchian’s stable. The same man who is Edu’s agent. I get the short term need for a LB. But I am unconvinced this is the best we can do, and I am worried it will be a drag in the long run. But that’s always going to be the case while we keep Raul Sanllehi in situ. Anyway, that is for a later date.

For now, shorthanded or not, we have to hope we can put out a team strong enough, prepared enough, and disciplined enough to get a win against Sheffield Utd. I hope we can do that, but I must confess, I think a draw seems more likely.

I’ve gone for Ceballos and Ozil together to provide some more ball control and creativity higher up the pitch. But the key will be Gendouzi, if Torreira is indeed unable to play. Xhaka has been drifting left to protect the LBs forward runs. If Guen can keep sound positional play, we should have enough midfield control to force some chances in this home game.

Once again though, we will need some luck in this game to get the win. Not just because of the injuries and suspensions, but because Mike Dean will be the referee in charge of the game.

Enjoy the game, you Gooners.