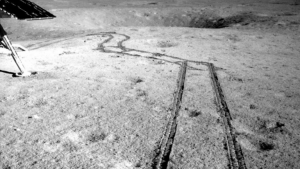 Ever since the marquee signing of Nicholas Pepe, the man who set Ligue 1 on fire last season, many Arsenal fans have dreamed of him lining up alongside with Lacazette and Aubameyang. Thinking about the pace and goals that the three would bring to the team was enough to get us all excited about the season ahead.

I too, was a part of this group but for different reasons than the one stated above. You see, Unai Emery throughout last season, repeatedly emphasized on the lack of true winger in his squad. He was forced to play players like Mkhitaryan on wings which were more play makers rather than direct runners or dribblers who could go behind defenses and hurt them. This didn’t provide him the balance that he was looking for and was one of the main reasons of his shift from a Back 4 to a Back 3.

This way he was able to find direct and willing runners out on wings through his wing backs and more compact central midfield with both Aubameyang and Lacazette playing as strikers through the middle. It did the job on many occasions last season but made us technically limited, very rigid and too predictable due to one dimensional way of attack through Wing Backs.

So, with the arrival of Pepe, I was excited to see how Unai Emery would approach games. Knowing that the gap is filled, will he be able to build a team that is better balanced and better equipped to support both attack and defense without being forced to play defensive and continue his heavy reliance on the strike force? Will we see more intent going forward?

I hoped for all the above but deep down knowing the conservative approach that Unai Emery has maintained in his short Arsenal career to date and the emphasis he puts on opponents attacking prowess and our defensive frailties, I had doubts.

Confirming my worst nightmare, these doubts came. Because, although the front 3 was bold and a delight to see on the team sheet, behind them, was the same old story; a midfield incapable of supporting the offensive players.

The midfield it seemed was built more to protect the defense rather than to support the attack. They were all similar kind of players, who like to receive the ball out from their own final 3rd and move it forward. While they have energy and are willing pressers, especially Torreira and Guendouzi, none is a ball carrier, none likes to play between the lines and none is confident going forward into the final 3rd. When you play without a genuine No. 10, this small detail does count.

This is why I was left asking myself few questions. Who will provide in this team to the front 3? Will the front 3 be creative enough to drop deep and fashion chances for themselves? Will we be able to strike the balance? Why all creative options are on the bench? And as the game showed, the answers were not glorious.

We started the game strong. Throughout the first half, we showed good willingness in winning the ball but little in doing anything with it. The energy and intensity was at it’s finest but without the technical quality and the movement to match it. Our best moments came down our left side through Kolasinac.

Our midfield was either too deep or too static which meant that rather than carrying the ball forward, we tried to pick out the front 3 through hopeful passes from deep midfield positions. This also meant that we had a glaring hole between the midfield and our front 3 that no one was willing to fill.

And Spurs, took full advantage of this. Winks and Sissoko just sat in the hole, picked our passes or loose balls, found their forwards and sent them running against our 2 center backs. They scored 2 and could have done more if it had not been for Leno. I won’t dwell much into the manner of the goals. And yes, Xhaka and Leno made errors but it was the pattern of the play that was more worrying. Spurs created more and better and it will always draw errors.

It was not before our midfielders were forced to push forward and Lacazette started dropping in the hole to receive the ball and be the carrier, that we mustered a shot on goal. And then, through sheer circumstances of fortune, the ball found it’s way to Lacazette’s feet and the rest was pure magic. A life line going into the half time.

At half time, I was hoping that Emery will bring either Ceballos or Ozil to play between the lines and be the provider for front 3 that we missed so obviously in the first half. But it seemed that where that goal gave us hope, it created a false sense of belief in the tactical system for the Spaniard.

But as the first 20 minutes of the 2nd half proved, tactics can be sometimes a forgone conclusion in face of sheer determination and the will to win, which both the team and the supporters showed in abundancet. In that period, our midfield became more advanced and through their work rate cut off Spurs oxygen. We went close but still lacked the creativity. Forcing chances and creating chances are not the same. The one superb chance that we did create through Guendouzi was saved by Lloris.

But on the other hand, this advance meant that our defense was more exposed and Spurs found more freedom whenever they got the chance and had Kane scored, it would have been game over.

Finally, Ceballos was brought on and instantly we looked better than before. We had someone who was carrying the ball forward, playing close to the front 3 and with his skills on ball and creativity, finally made our front 3 clicked. Alas, if only he have been fit enough to play from the start.

Questionable choices by Emery and Pochettino

But apart from that substitution, every decision that both Emery and Pochettino took made more damage to their own chances of winning rather than opponents. Dele Alli came on for Lemela and made more buzz during his reception by the Emirates crowd than on the pitch. Spurs simply failed to hold the ball up top and ended up pushing more and more deep in their own half while allowing players like Guendouzi and Ceballos more space to exploit.

On other hand, Emery had his own trick up his sleeves and when Lacazette signaled towards the bench, it was time to pull it out of the hat. With us still struggling to create much and Ozil sitting on the bench, it was Mkhitaryan that came on to drive us back into the game. But he seemed like a player who was already thinking of his life ahead in Rome rather than making an impact in North London Derby. What Emery was thinking bringing him on is a mystery that I would rather avoid. If you have any answers than feel free to discuss.

And then for second time, out of nowhere and through sheer brilliance of two individuals we drew level. Aubameyang was at it this time, tucking away a delightful curled low cross of Guendouzi into the goal. Surely, with Arsenal on top and playing in front of home crowd, the stage was set to go for the killer blow!?

But somehow even at this stage, Emery seemed afraid to do so. It might be that that with Kane still on the pitch, he felt bringing another creative option on the pitch would have made it very difficult to contain him. This is the only possible explanation I have come up with for Emery not bringing on either Ozil or Nelson on to the pitch in pursuit of creating the one chance that we so dearly needed.

But as it turned out, the spoils were shared as we kept dominating without creativity and Spurs kept sulking in their shell with yet another bizarre substitution which left Kane helpless and Ali, well it’s better not to say anything about his efforts.

It was a game of passion and tactical blunders. It was supposed to be the day when we would have unleashed the attacking talents of our front 3 but as it turned out we were left asking more questions about Unai Emery’s selection, his idea of football that he wants us to play, his unending search for finding the balance in the team, confused substitutions and his bizarre reluctance to chase the winner when Spurs were begging to be hit.

A draw is not a bad result and to come back from 2 goals down showed great commitment and willingness. But for reasons described above, it felt like we were the architects of our own early downfall than anything else. And when we did found a way back, our manager was too afraid to go chasing. His reluctance and conservative approach cost us points.

Passion and supporters got us through North London Derby but this is the atmosphere Emery won’t have when his side will take on Watford next. By then, I hope that Emery would have learned through this game that simply playing Auba, Laca and Pepe together is not enough. He has to find a way to support them better with more balanced and attack minded midfield rather than the one we saw against Spurs. It is about time that we know what Unai Emery wants to achieve at Arsenal now that he has had his wishes fulfilled in the transfer market.

Editor’s Note: Apologies for several technical problems that prevented publication of the blog since the NLD including Baba Grumpy’s match report and the weekly podcast. They are being resolved and we are back in business. Enjoy Omair’s tactical analysis. Please leave a comment.