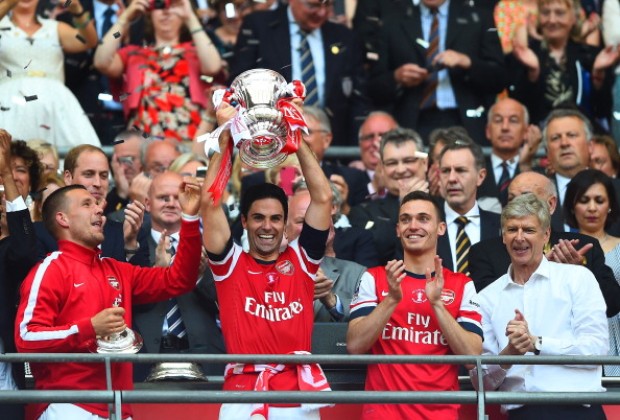 The FA Cup is next. This may be our competition, courtesy of Arsene Wenger, but it’s not always one we get lucky in. The 2001 final still hurts although 2005 was a bit of a catharsis. Of course, the single most painful memory for me, even ahead of the 2006 CL final, was the 99 semi-final, that replay which was won by United in extra time, something they lorded over us for years.

Yet, we’ve managed to become the team with the most FA Cups, with Wenger amassing seven (7). Now could be the time for Mikel Arteta to carry on his legacy in the oldest cup competition in the world. It’s not going to be an easy match. What made me think of luck is the fact that most of our rivals got lower league clubs in the draw. Not all of them made the most of it. We simply must make the most of whatever fate presents us.

That means Arteta will have to get right his decision on rotating the squad. Even though he likes to play a settled team, I think some rotation will be needed. It’s been a busy stretch of games, and with injuries and suspensions, some players have spent a lot of time on the pitch. Our intensity has been up, which encouraging as it is, might well see some players in the infamous “red zone”. The last thing we need right now is any more injuries. At the same time, we cannot afford to rest on our laurels and think we’ll cruise to a win. A draw would mean an additional fixture. A loss would be bad for morale and momentum.

Bournemouth’s momentum hasn’t been great. They had heavy losses against some teams they would expect to beat. 4 losses in a row in the league.  But typically, they’ll probably have recovered their confidence having won their last game. However, they still find themselves in the relegation zone.

It will be interesting to see just how much importance they put on this fixture. After all, the FA Cup, for all the glory and ‘magic’ it brings, it is the league which brings the money. It’s not beyond the realms of probability that Bournemouth choose to switch their side completely around and just hope to put on a decent performance. However, they are at home, and I cannot imagine their fans would be very happy to see them stroll through the game.

Arteta doesn’t think Bournemouth will switch it up much and would rather keep the momentum going after finally getting a win. He also said we’ll be going for every competition.

Culture was again mentioned. Honestly, this is one of the biggest reasons, I am high on Arteta. Tactics, man-management and transfers aside, he gets there is more to the club than winning matches. This is something we’ve lacked since the great man left.

On many occasions he’s stated that the intensity demanded will be the same in every game. No matter who plays, they ought to be held to high standards, especially at a time where we’re not exactly flying. It is only through effort that we’ll start to get that handbrake off, and then, maybe, we can think about conserving energy.

It is precisely these little things that has led to fans reconnecting with the club. Arteta, himself, made mention of this as one of the achievements of his short time in charge. Finally we have a manager who gets what it means to be leader of Arsenal Football Club.

He also gets the importance of the FA Cup, having helped us end our trophy drought with it. We’re still a long way off from Wembley, but maybe Mikel can tell our young squad just “what she wore”.

Team News: We saw footage of Sokratis back in the gym. After suffering a concussion and then an illness I suspect the club will want to be cautious with him. But he looked ready, and we’re not exactly brimming with options at CB.

Although, not exactly relevant to this game, but it is now an open secret that we have bought Pablo Mori, a CB from Brazil. He’s Spanish, 26, and apparently was at ManCity as a youngster. Seemingly didn’t work out for him there, but the fans of his Brazilian team (Flamengo) aren’t exactly happy to lose him. He was walking out of the airport with Edu, so this is basically a done deal. Too early for this fixture though.

In other news, it has been reported that Dani Ceballos is seeking to cut short his loan at Arsenal because he is unhappy with his playing time. When it was put to Arteta, he didn’t exactly deny the story. But he did say that like any player, Ceballos needs to get fit and earn his place in the side. I expect he’ll start in the FA Cup, but we may not have heard the last of this story, even in the short time left in this transfer window.

Prediction: An initial struggle to get in rhythm, but a comfortable 2-0 victory in the end.