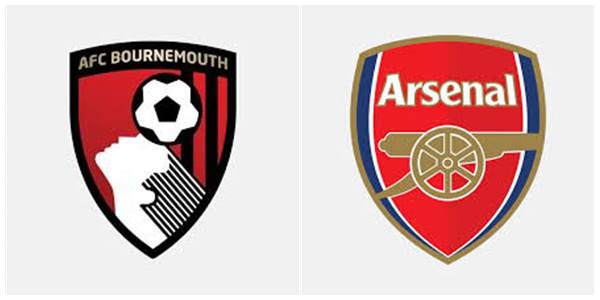 I was asked to write the match report just before the game, and honestly, it seemed a daunting task. As it turns out, it was one of the most enjoyable Arsenal games for some time.

I didn’t get much right about the starting lineup. Ozil and Laca were on the bench, as was Ceballos. Mustafi started instead of Holding. Xhaka, Willock and Pepe played. AMN did not. But, spoiler alert, at least I had the two goalscorers in my team. I’ll take that.

Bournemouth have a weird, tiny stadium. At one point Willock apparently managed to kick the ball out over the top. I’ve also read that their stadium isn’t completely wheelchair accessible. For a club who have been in the Premier League for some years now, that is simply not good enough. They do however, advertise for Viagra at the Vitality Stadium, which made me chuckle. Now that you know what kind of match report this is, let’s move on.

The game kicked off and Bournemouth looked to press us high. It is something we have consistently struggled to deal with, so it was smart play. But we seemed better at playing around or over it. A couple of times we took the long ball option, while at others we managed to play the ball out with one or two touch passes. We were still using Xhaka and Saka in a switcheroo (technical term) where Xhaka would drop to cover at LB when Saka went forward, almost as an auxiliary attacker. While Guendouzi would be supported by Bellerin coming in more towards the centre of the pitch at times. Pepe was also supported by Eddie often drifting wide right. These movements caused problems for Bournemouth. The first half was basically 30 mins of total domination from Arsenal. We pressed well. We passed the ball well. We covered when we did lose the ball, and of course we scored goals.

The first came early, 5 minutes in, when Willock turned away from Baby Goose and ran into space in the middle of the pitch. He timed his pass into Martinelli well, who himself held it just long enough to draw the defense in, and touched it on to Saka. It seemed like he would be closed down before the cross, but he simply took a touch and Bukayoed a shot right into the top corner. A great goal from a great talent, but also a very good team goal, finishing a 22 pass move. I’m sure Arteta enjoyed that one.

20 minutes later, the second goal followed. Mustafi played the ball into Nketiah who had come in deep. He touched it back to Willock, who found Saka out wide. Martinelli’s run cleared space, and Saka split the defense to find the onrushing Nketiah to tap the ball in, finishing the move he’d started. A goal made in Hale End, and this time, I’m sure even Arsene Wenger would have had a little smile to himself.

The goal prompted an instant change from Eddie Howe with the Cherries shifting their 442 to a 433. The game was more even in the last 10 minutes of the first half with our opponents carving out a couple of chances.

The second half began with Bournemouth quicker in their movements and passing. It was also consequentially, a more scrappy, stop-start half. Guendouzi proved he can say ‘boo’ to a goose when he stood up to Gosling’s bullying. When he was later fouled intentionally, he responded by getting up and nutmegging the big nut. Fun to watch.

What wasn’t fun was Mustafi getting injured, landing awkwardly and twisting his ankle in a collision during a Martinez clearance. Holding came on in his place and looked decent. Our bad luck with injuries continues though. Thankfully it wasn’t worse. At one point Bellerin was down and I feared he’d been hit on the head again. Fortunately he was just winded. Late on, Sokratis also got away with a head collision without any serious injury. Martinelli was kicked, Saka was hit around the neck. Nothing too malicious, and we set our own picks and trips, but the end result was the game becoming less free flowing.

A pretty even contest, with nothing much to worry about. Just one corner caused us some trouble, and there was a long range shot that could have been dangerous. Things looked to be petering out to a comfortable 2-0 victory, which would have proved my prediction right. But in the 4th of 8 minutes of injury time, Bournemouth scored. A cross from a pretty straight, deep position found its way through to substitute Surridge, who found the net. Worryingly for Arsenal, two more similar crosses caused us some problems. One was hastily cleared by Bellerin, and one was half punched away by Martinez straight to a Bournemouth player who skied his shot. The final whistle went shortly after, giving us the win.

Thoughts on a few players

Martinez was good with his distribution but I’m not convinced by him. His shot stopping isn’t always clean, and his punching was weak and caused more confusion. I partly blame him for the Mustafi injury too.

Mustafi was great. Pre match, Arteta was full of praise for him and how he responded to his mistake against Chelsea. Here he was always available on the cover, and his passing was important to our build up play. Hopefully his injury isn’t too bad.

Xhaka had a good, controlled game. He did well covering for Saka’s runs, and later in the second half when we switched to 5 at the back, he did well as a CB too. He did make 2 or 3 poor mistakes in the first half, getting caught on the ball and misplacing crossfield passes in his own half.

Saka and Martinelli continued their excellent growth, but I’d also make mention of Pepe. He’s still audaciously gifted and shows it, but he looks more a part of the team now. He was also running back to defend when needed. I think it was only once that Bellerin got caught 2 on 1, and that was just after Bournemouth changed shape.

Joe Willock was my favourite player to watch in the first half was . Arsenal have shown a marked improvement in our counter attacking ability, with players able to carry the ball long distances and past player. Willock also does that well. When Ceballos came on for Pepe, he moved wide and did a fair job there. Another great talent and I hope he gets more chances ahead of the on-loan Spaniard.

My Man of the Match has to be Guendouzi. He actually started a little off. Just a bundle of hair and energy making some clumsy fouls. But he grew into the game, and how. It seemed like he was everywhere. Constantly closing down spaces, recovering the ball, dribbling past people and playing intelligent passes. He does seem to like being a bit of a pantomime villain at times and I don’t mind that at all. It seems like he’s now understanding the tactical demands of his position better. There were times he was on his own in midfield with 4 or 5 Bournemouth midfielders around him. But he knew where to be as the game flowed. He could have even got a goal at the end and that would have just capped it off wonderfully.

Our performance deserved more than a 2-1, but in a cup game it doesn’t make much of a difference. On to the next round to face Portsmouth away.