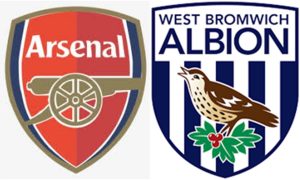 I am on record for saying that failing to beat Villareal last Thursday, in the Europa League semi-final, was a disaster for Arsenal Football Club. It appears to me that most fans are still in a state of Shock or Anger (Kubler Ross; “7 Stages of Grief”). Shock for those who were cocksure Arteta had the better team and would hammer the much-derided Emery and his 7th place La Liga outfit. Anger by those (some of whom are in also shock) already up in arms against the Kroenkes for failing to deliver the promised glories once Arsene Wenger was removed as manager. Whatever the motivation, it appears to me only a minority is at the bargaining stage; ready to parlay with the owners for a change of management.

Being out of Europe has grave financial ramifications for the football club. Apparently Arsenal suffered a £100 million loss in 2020 on top of a smaller loss the previous year. The owner has to make this up going forward, either from his pocket or short-term bank loans. There is absolutely no potential windfall from Europe in the form TV and sponsorship money which UEFA divvies among the clubs who participate in their competitions.

Footballistically, Arsenal are at a cross roads. Older but vital players like Aubameyang, Lacazette and Lavid Luiz are marginally less productive with every passing year. Loaners like Odegaard and Ceballos have not demonstrated they are special players but everybody knows it will take a shit load of money to sign either from Madrid. Who knows if they would be even willing to sign for a club out of Europe.

Given that the Kroenkes do not have the means nor a history of spending large sums on top-top players like ManCity or Chelsea, to get back into Europe,  Arsenal will become increasingly reliant on its kids like Sakha, ESR and Martinelli developing into great players

The question is, being out of Europe, will the Kroenkes use the opportunity to do a long-term rebuild of the squad with Arsenal youth as the foundation or will they continue to spend £150 million or less per year to get underwhelming new players like Partey and Gabriel hoping they can take the team back to Europe in short order? Not forgetting that top-top players won’t come to Arsenal knowing we are out of Europe.

Salt in the wound

At this point of great uncertainty and, according to Arteta, great “pain” and disappointment among the players, next up on deck at the Emirates is none other than the great nemesis of the club Big Sam Allerdici. To be more precise, Big Sam’s competitive history with Arsenal has been of one of perennial futility.

That is why, despite West Brom being almost certain to fall through the Premier League trap-door, Allardyce would be happy to pour salt into the Arsenal wound. He is reported to have said after Villareal:

He will not have Ainsley Maitland Niles who has excelled in the midlands since his loan from Arsenal but Big Sam can call on Callum Robinson and Matheus Pereira who, next to AMN, have been their standout players. The form table may suggest that West Brom is playing marginally better but frankly Arsenal have the bigger squad and much better players and, on paper, should easily win. Unfortunately this current Arsenal usually plays down to the level of the opposition already conceding a remarkable 7 home defeats, including losses to the likes of Burnley, Aston Villa, Wolves, West Ham and Everton, all historic firsts. Given AFC’s softness at home, WBA may well be the savoring their chances of getting something from this game.

After the shock defeat to Villareal who knows what will be the state of the Arsenal team and whether Arteta will get them in a positive frame of mind. This is the million dollar question as the players gradually absorb the full implications of what dropping out of Europe will mean to their future. They may be motivated to win and stuff Big Sam’s words right back down his throat. But a loss will surely add to the growing evidence that Arteta is not up to the task.

Many fans on Twitter have asserted they have no further interest in the season and will not be watching the last four matches. Arteta has no such luxury as his future is on the line.