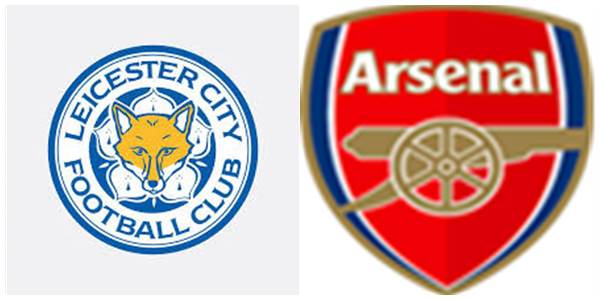 It’s a strange time to be an Arsenal fan. The club feels very different. By the end of Arsene Wenger’s time it became a chore to constantly argue over the manager’s future. But the tedium of the end of Emery’s time here comes from the football. It’s not that the narrative isn’t annoying. From the club portraying a destruction of its values as progress, to the coach praising his own competitive spirit, the club and fans picking out their favourite scapegoats, and even a few pro Emery holdouts among the fans. All of this is difficult to deal with. But it pales in significance when considering what we do out there on the football field.

By a quirk of fate, Arsenal v Leicester is once again the biggest game of our season. Unlike 4 seasons ago, when it was a title showdown, this is more a top-4 scrap which finds Arsenal already reeling from body blow after body blow. Or are they self inflicted injuries?

Arsenal once more proved incapable of holding onto a lead. No matter how late we score and how undeserved that might be. We play like a poorly coached lower midtable team now. Relying on set pieces to create chances, sitting back and hoping for a smash and grab, liable to allow a lot of shots even while trying to defend. This is no coincidence. That seems to be our coach’s gameplan, and frankly, his level. I wonder if the people at the club have come to the same conclusion and reached a decision. It is a huge game for the football club, but the result ought to be irrelevant when it comes to Emery’s future. The international break would give the club and the new appointment some time to get into the swing of things.

Speaking of swings, this game is a proverbial 6-pointer. Win and we go within 3 points of 3rd placed Leicester City. Lose and it’s 9 points behind them, and potentially lower in the table than the likes of Sheffield Utd, Bournemouth, Brighton and Crystal Palace. More jarring even than the gap in points is the goal difference. 11 games into the season and Arsenal have a GD of +1, while the Foxes have a GD of +19. They’ve scored 27 goals (Only ManCity have scored more) and conceded the least with 8 (tied with Sheffield Utd) They’ve taken a 151 shots out of which Jamie Vardy has taken 22, 14 on target, and has 10 goals in the 11 games. For comparison, Arsenal have taken 142 shots, Auba has taken 31 of them, had 13 on target and scored 8 goals.Clealry Jamie Vardy is their danger man in great form and we’d do well to keep him quiet throughout the game.

I must take the time to commend Brendan Rodgers for how he’s got Leicester playing. I’ll admit I turned up my nose at him when he was said to be in line for the Arsenal job. 16 months of Emery later, I’d gladly take him. His time at Celtic did enhance his reputation, which seems like a strange thing to say, but some of the football they played was really good. (I was paying some attention because of Kolo Toure) We fans tend to be snobs about the quality of the league, and to an extent it is true. But good football is good football. He may have made some weird man management choices at Liverpool, and fell short even with the vampire in lethal form as striker, but he’s a few notches above our own Count Emery as a coach.

Arsenal has a chance

I’m not confident at all going into this game. But, and this is how you know when something’s drastically wrong, I feel no butterflies in my stomach at the thought. My only vague hope is that it would be the most Arsenal of things to somehow end up winning the game. The players are clearly good enough. Also clearly, they are not performing, either for or under this coach. Maybe the new captain will step up and score a perfect hat-trick. I’m not sure even that will be enough.

Midfield is the key, and not only do Leicester have a better balance there, our tactics tend to concede the midfield altogether. Besides, who knows what is happening with our personnel. Will Xhaka play following his removal as captain? Is Ozil now permanently back within the fold seeing as he didn’t travel to Portugal in midweek? There were also some reports yesterday that Torreira isn’t happy at how he’s being used and might demand a move in January. Will he play?

I’m not inclined to guess a starting XI. It almost doesn’t matter under this coach’s system. No matter who plays we tend to play poor, soul crushing football. For once, dear reader, I appeal to you to pick your starting XIs in the comments section. I’m not up to the task of putting myself in Emery’s headspace right now.

Sorry. I wanted to say we’ll win, but the pessimism won out. May the players prove me wrong.