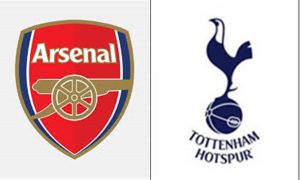 These days, there is a tendency in football to hype every single thing. Seeing some of the player compilations makes my brain hurt. Some everyday passage of play gets unnecessarily praised or criticized. Every incident pointing to something bigger while simultaneously, somehow, missing any connection to a larger picture.

But for all of that, football still manages to retain some sense of tradition through knowing where the real rivalry lies. The North London Derby is one of those fixtures that deserves the hype. It seems to me to be one where the players genuinely imbibe what it means to play against this particular opponent. At the same time, at least since I’ve been watching, it doesn’t descend into just a violent kick-about like some other derbies I can think of. For most of the previous decades Arsenal have had the clear upper hand on these fixtures, but it is no longer as clear cut. In some cases we are even seen as the underdog.

I really hope that is not how we approach this game on Sunday. They say form goes out the window in a derby, and that’s because it’s meant to be a mad game. If we try too hard to control the madness, it might end up overwhelming us. Our form hasn’t been great anyway. It was good to get results against Norwich and Burnley, two teams likely heading for relegation, but even in those the performance was hardly inspiring, and the goals remain scarce. We also beat Wimbledon in midweek, in a dark match, which is even more of a rarity than Spurs winning a trophy. So, no idea on the performance but playing a tennis team and not even winning a set isn’t all that great.

Make it a mad game

The point is though, that I hope we just go for the win in this game. We play and attack with freedom more than obsessing about a mythical system. We put someone in the starting lineup that isn’t expected, like Nketiah at CAM or something. We are fun to watch. I think that’s about it. Make it a mad game. A real derby game.

We have a full squad available too. No one’s injured, no one’s suspended, no one’s out for “footballing reasons”. That we know of anyway now that all the moles are destroyed. We’ve been waiting 18 months for Arsenal to show that they are ready to play some on-brand football. What better time to kick off the resurgence than against that team from down the road? We’re also playing at home and a full stadium in an NLD is a lovely thing.

Spurs have their own issues. A new manager who was their 756th choice, a talismanic striker who’s been wanting out, and just being Spurs. I mean sometimes, you have to feel sorry for them. But then you stomp on them, scrape them off your shoes and get on with your day. They won their opening 3 games 1-0. Not always deservedly but that’s all the more reason for us to not sit back and try and kill the game. I think that would suit them. I watched them against Vieira’s Palace too and they got destroyed by a team that went out and kept trying to make things happen.

Spurs will look to play us on the counter and Son and Kane are very good. Lucas Moura is available for them too, so they could really try and put our back line under pressure with those 3 up front. Even if they do, and despite the importance of the first goal, I think we must resist the tendency to play it safe. After all, we bought 70m pounds worth of defenders to help our attack, among other things. For me the key will be in midfield. Will Xhaka come back in? Despite the popular opinion of him, he does seem to have the trust of his managers. Will both ESR and Odegaard start? Will there be a Partey? Although we have players who can be good on the counter I’d feel much more confident if we can dominate the midfield and actually use it to attack and create chances. For that reason I’d like to see Laca start up top. But regardless of who plays, I hope we play like Arsenal and win.

Legends can be made in these games. Legends must also be respected. I hope all Arsenal fans at the stadium pay their respects to Tottenham legend Jimmy Greaves. I’m sure they will