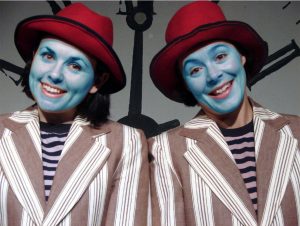 Yesterday brought back a sense of deja vu. About two years ago, I was away in India when Arsenal played the same opponents as yesterday. We were doing okay and looked to be in control with the lead only to collapse in the second half. You can read the BBC’s match report here.

The match report refers to that Arsenal side as flaky. Xhaka & Kolasinac were in that side and Ozil came on in the 61st minute. Sadly Unai Emery wasn’t in charge of Arsenal then although the flaky reference is still relevant.

The usual noise about Emery getting his selection wrong was muted because he started Ozil. Again, I struggle to understand how lay fans with zero knowledge of football management can be so confident that they know how, when and where a professional football manager gets his tactics wrong.

Now that Arsenal drew from two winning positions yesterday, there are many Arsenal fans blaming the manager not for his selection this time but for his substitutions. But the problems were already there before Willock came on in the 60th minute. It is clearly a case that the manager cannot do anything right as long as the results go against the team. There are even many now who won’t be happy with a win. Any kind of win will be a flash in the pan or a lucky escape.

Many of these fans have started to sharpen their knives in the hope they can stick it into any of Emery’s body part. “He doesn’t have an identity”; “he doesn’t play the Arsenal way”; “his selection is wrong”; “his substitutions are wrong”; “he doesn’t speak English well”; “there are rumors the players don’t understand him” etc. There is just no knuckle duster they won’t use on him. In my opinion however these critics are the original knuckle heads. How the FLIPPING L do you not pause in your tracks and realize you are in the teaching a brain surgeon how to perform surgery territory.

How do you hound a manager who is in the second and possibly the final year of his contract? What is the worst case scenario here? Arsenal will not be relegated. Back your team I say, back its players and manager and make a name for yourselves as the best fan base ever. This might actually attract a better manager in the future as Emery’s replacement when he and the club decides it is time to move on. Emery is not a bad manager. You don’t achieve what he did with Sevilla by being terrible. He will manage at a better club than Arsenal when he and Arsenal part ways. Insiders know what challenges and impediments he has as an Arsenal manager and will look to hire him if they can give him a better set of circumstances.

While Emery is still at Arsenal, by constantly criticizing everything he does, the fans are making whatever point they think they have worthless. This is moaning for moaning sake. The club’s current challenges are to be expected as the club has gone through huge upheavals in the last 17 months and even over the last summer. Change doesn’t happen overnight, it takes time and it is filled with bumpy rides. Be grateful for the wins, be upset with the losses without being destructive and take everything else with calmness. Losing your cool because of the way your team played or your perception of the manager is a tad childish in my opinion.

Back to the match. Alexandre Lacazette’s absence meant there was an extra space in the team and the manager handed it to Ozil. Torreira made way for Ceballos as the manager outlined his intent to attack but many who praised the selection forgot the implication of having a side more suitable to attack than defense giving Arsenal’s well known ability to expose its back four. Many of the critics have quickly forgotten their claim that Lacazette should have started against Liverpool. Now that it is clear he was carrying a knock, that criticism of Emery’s selection at Anfield has been forgotten. The critics also unreasonably forget their arrogant claims that Emery only sets up the team to neutralize the opponents once they saw Ozil in the line up. Perhaps this is the time to remind all of them that they do not know 5% of what Emery knows about football management. Not the critics and not the fans.

During yesterday’s match, I made a note to myself before the 16th minute that Watford was bossing the midfield and also bossing play. All of these despite the presence of Ozil, Ceballos and Xhaka. It wasn’t a midfield trio designed to retain the ball and it didn’t. Perhaps Emery’s approach was another smash and grab like last season and it worked until the 53rd minute.

Manager not responsible for player error

How do you blame a manager for a senior defender’s inability to make a simple pass? This is a senior defender with almost 440 senior career appearances. This is on the back of his error for Tottenham’s first goal in the last league match and his Salah shirt tugging that allowed Matip to score in the match against Liverpool. How is Emery to blame for this? Are you saying he can’t coach a professional footballer to make a pass?

How is Emery to blame for David Luiz conceding a blatant penalty twice in three matches? Yes, his Chelsea record of conceding penalties are stellar but Arsenal’s style and strength of concentrating on attacking exposes our defense so Luiz will be under more pressure than in his Chelsea career.

Arsenal constantly exposing its back line is underlined by an incident before Arsenal scored the first goal. Watford had turned over Arsenal’s possession and were counter attacking, four of our players – Ozil, Aubameyang, Pepe and one other player were deep in the final third of Watford while a counter attack was happening. None was busting a gut to get back and support their teammates. Thankfully Ceballos and Kolasinac managed to nick the ball off Watford. Kolasinac found PEA and oh bam, it was a yang of a goal.  He later added a ying to it.

Yesterday’s match was littered with so many glaring issues that fans ought to realize this wasn’t an ordinary day in the office. Despite Emery not wanting to agree, perhaps Xhaka was right that the Arsenal boys were afraid. Afraid of Watford’s physicality perhaps as Emery himself said Watford was stronger than Arsenal.

Maitland – Niles gave the ball away all evening although he came up with the assist for the second goal following some wizardry from Ozil. When the second goal went it, I didn’t notice anybody complaining about FULLBACK FC despite the fact that the assist for both goals came from our full backs.  Guendouzi was not anywhere as influential as his second half self versus Tottenham. Had the senior call up perhaps taken too much of a toll?

Overall the team didn’t do enough to win the match. While some have chosen to focus on the manager’s substitution, his three substitutes contributed nothing to the draw. We drew this match because two senior defenders chose to be daft over three consecutive games. If you are the type that looks to assign blame, by all means, assign blame to the club from bottom to top. Please don’t single out the manager. Just makes you look like one of the mindless mob many spent years fighting in the trenches of the Wenger Wars.

While we are here bemoaning our draw, we should be quietly thanking our stars that Leno did his best to salvage a point for Arsenal.

All of these are nothing to do with Unai Emery.