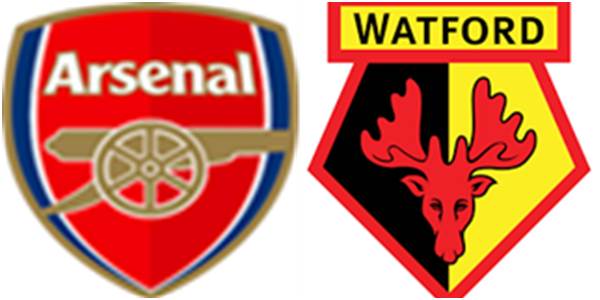 Mood around the Arsenal camp is high after a run of good form. Or rather a run of 9 games unbeaten. I’m still wary of celebrating this too much because there were more than a few iffy performances in there, and 2 of the better games were in the league cup. Still, there is no doubt we have improved. At least to a point where facing Watford no longer evokes dread or, crucially, ennui.

Good results always lift the mood, and beating Spurs, Villa, and Leicester last time around would have done the squad and indeed the whole club a world of good. Clearly they felt this was the time to give us some big soundbites with the manager and the owner both sitting down for media interviews, as well as the club holding the previously announced meeting with fan reps.

So, all is well and good in the world of Arsenal as we sail back towards the top. Nothing would be more Arsenal than slipping up on the banana peel that our training ground neighbors represent.

With a new old-manager in Claudio Ranieri, Watford did recently spring a real surprise and scored 5 goals as they beat Everton at Goodison Park. Of course they then lost to Southampton so maybe it was just a one-off. What would be a first is if Ranieri were to manage a team to victory over Arsenal in the Premier League. He’s had 11 attempts at it previously and failed in all of them.

Arsenal for their part need to be better at controlling the ball in all phases of the game. There were times we were hanging on more through luck than skill during our recent run. I also believe the attack needs to be a lot better, but it has improved of late.

Smith Rowe could join the likes of Anelka, Reyes and Fabregas in the list of Arsenal players aged 21 or younger to score in 3 consecutive PL games. Seeing his star rise has been a great thing to see, even more so because I really believed he would make it when I first saw him play. Let’s hope he can score that goal because in my opinion he belongs with players of that caliber. He’s been playing well down the left and combining well with the other forwards. He may possibly have a new partner on the flank if Tierney is fit again and is picked over Tavares, though the Portuguese has probably done enough to keep his place.

But Arsenal are a well settled team at this point and that has certainly helped. Watford shouldn’t really represent much of a challenge and I think we’ll all be expecting a home win. It may be too much to ask but I’d even hope for a good, exciting, attacking performance to blow away the Hornets. With ManU’s loss, an Arsenal win would see us move above them and up to 5th. The incentive is there, we just need to make sure we capitalize on the momentum.

In our latest YouTube match preview it is ‘Optimistic George‘  vs ‘Cautious Shotta’ who both predict that Arsenal should beat Watford at home making them the 10th victim in the Gooners current unbeaten run. Click on the link to today’s VIDEO  or tune in below: