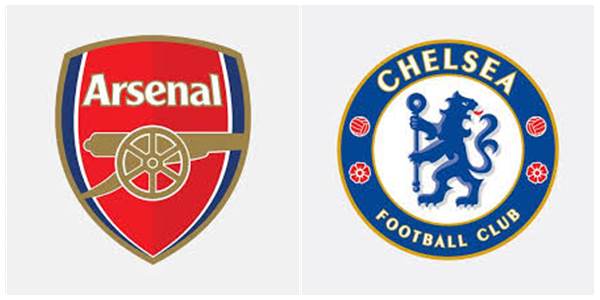 Almost everyone realizes that Mikel Arteta’s reign is a marathon. But for Mikel himself it starts like a sprint. 3 days after his first ever game in charge, it’s get up and go again. This time it’s the post-Christmas blues of Chelsea. Hopefully, the boys in red and white can keep the holiday cheer going.

As far as the performance goes, Bournemouth offered much to be cheerful about. The result though, wasn’t ideal. Chelsea themselves had a poor result on boxing day, losing 2-0 to Southampton. What it means is that this season continues to be crazy enough to give us hope of the top 4. Which definitely isn’t a trophy. At least I’m sure I saw banners to that effect.

Chelsea still sit 4th in the table with their own former midfielder turned manager in charge. The difference being he’s been in charge since the start of the season while Arteta, and Arsenal are now playing catchup. From 8 points behind and in 12th place. Arsenal are 12th with half the season gone.

I could say a lot about why we find ourselves here, but I guess we need to avoid the ghost of Christmas past, and look to the future. A win and we’ll start our slow climb back up the table and get to 9th. For those keeping track, we’d also be within 3 points of Spurs and Mourinho, which might even start awakening St Totteringham after a long slumber.

Ok, that’s too far ahead into the future. Onto the present.

Chelsea’s youngsters have made the most of their transfer ban penury, although their board will be looking to order turkeys in the transfer market, I’m sure. Worryingly for us, this might actually make the youngsters hungry to perform. I wonder if they lost their last game because they had an eye on this fixture.

Chelsea have a good midfield and they keep the ball ticking over. They are in fact the second most passing team this season, behind only ManCity. Not only do they control possession, they are also productive, and are 2nd in shots created. Arsenal are 8th and 14th in these categories. (Feliz Navidad, Unai Emery)

Tammy Abraham is the man to watch out for with 11 goals scored. 1/3rd of the team’s total. Chelsea, despite my quip about their penury, are loaded with talent. Strong in the air, good with the ball at their feet and a striker in form. The more I look at them, the more worried I get. If I had to pick a weakness, I’d say their keeper Kepa is it.

Which might work out for the better because our strength lies in our attack. We really ought to take our chances as they come. While Auba has largely been going strong, we have to hope Lacazette brings his shooting boots this time around, and that Pepe is fit and ready to go.

Of course, with Mikel Arteta now in charge, we can also hope to match Chelsea for possession. It was the most pleasing aspect of the Bournemouth game; once again, we were dominating possession in a controlled fashion. We can still expect the odd mistake, but for the most part our players now seem to not panic when put under pressure and, instead, find a way out. There’s not much time to recover and train again, but hopefully this will be an ongoing improvement.

The effort was excellent as well, and this will need to continue. It’s a big ask with all the injuries in key positions as well, but hopefully whoever plays does themselves justice.

Sokratis is out with concussion. Tierney and Kolasinac are still recovering. Bellerin and Martinelli both have tight hamstrings and are doubts. Rob Holding and Dani Ceballos are back in full training and will be assessed, but Callum Chambers is back after suspension.

I’ll admit I am worried about this game. Chelsea are tough opponents at the best of times, and these certainly haven’t been that. But we’re at home, the crowd should be high on eggnog, and Arteta is bringing sexy back. No matter what, I doubt this will be a boring game. Ultimately, even as much as we hope for 3 points, entertainment is what we ask for.

Is it a first? I think it might be. I’m going to predict an Arsenal loss. A heartbreaking, narrow, valiant, gallant, loss. 2-1 to Chelsea. But I’ll keep hoping for a pleasant surprise.