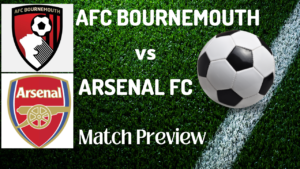 Matchday 3 and it’s a newly promoted side this time. After the excitement of Premier League football being back, and the scintillating win against Leicester, there seems to be less of a buzz around this one among the fans. Talk of the Amazon series and of transfer market moves, both ours and others’, seem to be catching more attention. But all that will change come matchday. One can only hope the team are fully focused on winning and playing well.

Arteta isn’t letting the 2 wins become anything other than a good start. Maybe he will bring a camera lens out with optical diagrams to demonstrate the power of focus. I joke, but the dude’s weird. As long as weirdness keeps the players buying-in, and having them play up to their level, I’m fine with it. 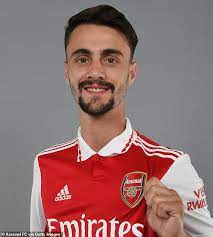 We have a full complement of players available now, with Fabio and ESR getting some match time with the U21s. (Wasn’t it the U23s now? Have we gone back?)  It will be interesting to see if we keep the same starting XI. Either or both of the fullbacks are prime candidates to be switched out, but maybe this early in the season we don’t need to rotate.

Gabriel Jesus and Granit Xhaka stole much of the limelight last time around, and both were reported to be part of the ‘leadership group’ alongside Captain Odegaard. It’ll be great to see them continue to carry the team on their back when needed. Hopefully though, we will have too much for Bournemouth. Championship teams don’t automatically resort to kicking everything that moves, and maybe the refs will be keen to avoid any major incident for now, in the aftermath of a Mike Dean ‘mea culpa’.

The Cherries got squashed by ManCity last time around after Pep was very complementary of Scott Parker and their tactics. Mikel Arteta was similarly full of praise for them, so the same result is guaranteed now.

Of course they can pass the ball around well, but they don’t look a team that scores many goals. Solanke seems to be their main guy and he’s a doubt for the game tomorrow. They won against Aston Villa on opening day with 2 set piece goals, so we’ll need to be alert on those. Set pieces are also an area of strength for us right now though, so I think we can be quietly confident. All the same, they conceded only 39 goals in the 2nd tier last season, so it could prove a test for our attacking play. 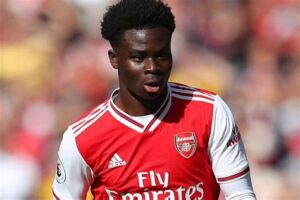 I’m most excited about seeing us create more goal scoring opportunities. I think as Saka gets more settled into the season (maybe with a new contract) he will only get better. All those saying he’s been poor so far have it wrong, though. He’s been doing what the team needs, and in a performance where the striker is shining, sometimes it’s better if you don’t fight for the limelight.

I also hope we get to see Vieira. There’s big expectations from him, and not just because his name evokes such memories of glory. Arsenal spent a lot of money on him and his potential. He’s got goalscoring and creativity in his locker, but can he find the key at a higher level, is a question that remains to be answered. If he can, his partnership with Odegaard and ESR in the midfield can be really exciting; for us, and our forwards.

6 goals, 6 points. It’s been a very good start to the season compared to how the previous one ended. Keeping it going is key. A lot of variables in this season. Even more than most, what with the midseason break for the World Cup. There’s also all clubs doing all sorts of business still. So we’ve got to make hay while the sun is shining, and 3 wins on the trot would be just what we need.