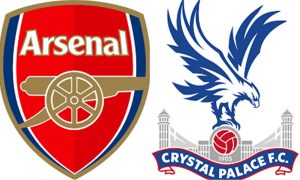 Come rain, shine or lockdown, the football season keeps chugging along. Also chugging along nicely now is Arsenal with 4 wins in a row even if one came in extra time in the FA Cup. I still had a little laugh about journalists actually praising us for things looking a lot better now that we are up to 11th in the table. Somehow we’re still referred to as one of the PL top six clubs. Flattering when we sit in the bottom half.

Arsenal fans still have half an eye on the transfer window. Little movement has happened but rumours of departures are rife. Kolasinac has already left for Schalke, and Sokratis and Ozil are expected to follow him out the club. Also young American attacking talent, Balogun, is supposedly going to Germany to join RB Leipzig on a free. The hope of course is for an attacking midfielder with half the fame, and half the game of Ozil to come save Arsenal’s season. ESR has been getting a lot of praise, and rightly so, but hopefully he won’t be put on the hate list that Arsenal fans eagerly update every two weeks or so.

There may not be a Buendia but the Partey is on (potentially). Thomas is fit again and we’re likely to see him return to the side. Hopefully he can show us why we valued him so highly. There was also some good news on Martinelli as it seems the injury is not as bad as first feared. Hey, maybe our luck is changing.

Crystal Palace will be hoping for the same. They’ve managed to stop the rot of a poor run of results with a draw against Leicester and a win in their last outing. They’ll also see this as game as an opportunity to pick up points before they face Man City next. They sit a solitary point behind Arsenal and have actually scored more goals than us, but have kept only 2 clean sheets. As always when this fixture comes around, there is a buzz surrounding Wilfried Zaha and how Arsenal didn’t move for him but chose Pepe instead. I suspect the reason this story refuses to die has partly to do with Zaha himself who seems pretty miffed about it. We should expect him to be fired up and be prepared to deal with his skill on the ball, and his ability to go down and earn a penalty.

While Zaha is the majority of their game plan, seeing how relevant we made Andy Carroll still appear, we also need to be wary of Christian Benteke. An interesting little stat is that Andros Townsend is leading them in assists, and is also second in tackles made. Probably meaningless but it just caught my eye.

Is Arteta still the youngest coach in the league? Because Hodgson is still going strong and I love to see it. What a contrast in eras these guys represent, and yet both referred to football management as a drug. Hopefully the younger, more modern manager will come out on top, but it is far from a foregone conclusion. Palace are unbeaten in the last 4 games against Arsenal. They will also be boosted by Gary Cahill being available in defense.

For our part, we’re looking to win 4 straight league games for the first time in over 2 years, and Bukayo Saka can become the first teenager since Fabregas to score or assist a goal in 4 consecutive matches. Would be some achievement and let’s hope he can do it. We have scored more goals recently, and even Aubameyang, who admitted to struggling this season, may get going now after his FA Cup goal. If we can get him firing again, it will bode well for our march up the table.

That aside, it’s still the quality of football that we’re missing. We got a glimpse of it recently, but it was nowhere near enough to be a full meal. More caviar please, Arsenal.

Written by Shard, aka @shardgooner