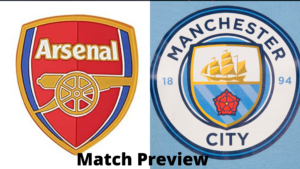 Arsenal have ended 2021 in pretty good shape. In 4th place, semi-finals of the League Cup, and over the last month or so, playing quite well. But the new year is going to bring new challenges. Starting with the toughest of them on the first day.

It is the Champions and the league leaders coming to visit. A billion-pound behemoth. Top-goalscorers, best defensive record, and 8 points ahead of everyone else. While there have been setbacks and disruptions across the PL, ManCity have just cruised along. They won their last 5 games, scoring 7, 4, and 6 to go along with 1-0 wins on either side.

Our form has been good too, with 4 wins after losing to Everton. We scored 3, 2, 4, and 5, and really this has been the encouraging thing for me. I don’t go along with the idea that this was inevitable. Arteta loosened the shackles and allowed this team to start playing with more freedom. In this, he was likely also helped by Xhaka’s return. I doubt we’d be as effective down the left side with Martinelli and Tierney if it weren’t for him.

Dropping Aubameyang also seems to have had no ill effect. If anything the opposite. I have issues with the manner it was handled, but for the next month or so Auba is going to the AFCON and we may also see some movement in January as regards his, and Arsenal’s future.

I watched some of the Brentford vs ManCity game and they did manage to press them high and get at them with quick counters. Of course rotation had a role to play, but I think we have the quality, and hopefully, the confidence and freedom, to go for it.

That may be curbed a little by the manager not being there because of Corona, as much as by the quality of the opponent. Still, it feels like the first time in a long time that we can approach a game against City hoping to at least hold our own in terms of performance. Key to that has been Lacazette. I know the young guns take most of the plaudits, and rightly so, but Laca knits our offense together and his partnership with Odegaard has really allowed the others to score.

ESR could become one of the youngest Arsenal players to score in 5 consecutive games, and I feel like he keeps making such records and really he’s one of my favorite players. He’s been unfortunate to be out of the starting lineup recently but has still been making the most of it. Here’s hoping he can score and win us the game.

Also key will be how well we stop City from scoring. And here is where I fear Arteta could look to go more defensive. Personally, more than the result, it is our approach and performance that is the real test here. I would love to see a fun, free flowing game and us going toe to toe with them. That ought to be the next step in the evolution of this team.

Alright then. It’s New Year’s eve now, and it is of course time to celebrate. Stay safe everyone, all the best to you and your loved ones, and have a great year ahead.

In the latest Positively-Uncensored YouTube match preview with Shotta and Blackburn George, there are happy wishful hopes for a win over City.

If you want a more mature, sensible analysis of Arsenal-football then we encourage you to Like and Subscribe to the Positively-Uncensored podcast. Remember to hit the little bell when you subscribe.