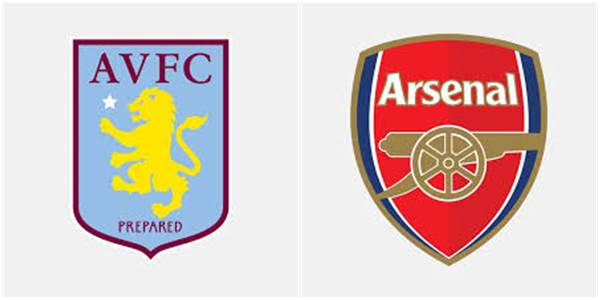 I was going to start the Villa preview when I read Guardiola’s comments on Arsenal. So I decided to turn this into an event, with the match preview the final listing on the card. First we need Sideshow Bald to get off the stage.

Now insofar as his comments go about not respecting Arsenal off the pitch, I might even agree with him. It’s no secret that I have no respect or Raul Sanllehi and how he conducts his business. But that’s because I care about Arsenal and I think he’s harming us. Pep feels the need to shout ‘let me at ‘em’ from behind an army of lawyers because he’s upset at his club not being allowed to ride roughshod over the opposition. At this rate, I have more respect for Mourinho. At least he’s aware he’s playing a cartoon villain. Pep’s had the best players and the ability to spend huge money at every club he’s managed. He’s also had a doping scandal in his playing career, and taken money to play in and shill for Qatar. The very same Qatar his club and their fans now decry. But he acts like he’s the paragon of virtue. Interestingly, all of the main actors in this drama come from Barcelona. Mourinho, Pep Guardiola, Raul Sanllehi, and Cheeky Burgerstain. “Mes que un club” indeed.

But speaking of names, let’s move on to the main event. Villa are one of the traditional big names in England and Villa Park one of its famous grounds. They are fighting to stay up in the biggest domestic league, and they’re doing it with a squad full of amazing names. I don’t mean big name players, I mean players with fantastic names. Born Angels, Mings the Merciless, Court House, Marvelous Nakamba (not even making that up). Unfortunately, they are managed by the most boring names ever. Dean Smith and John Terry. They deserve to go down just for that travesty.

They are 3 points behind Watford who play City just before our game. If Watford lose, as expected, then Villa and The Riley Gang may be more fired up and motivated to inflict defeat on Arsenal. Call it doom mongering but I have a weird feeling there will be a red card today, and I don’t even know which team I should wish it for.

Sheffield United’s loss means we can climb up to 8th with a win, and within 2 points of Spurs in 7th. Which, apparently, gets us the final EL spot. But Spurs are playing Crustal Palace in their last game. Not a typo. They are a crusty dried out version of a football team’s vomit right now having lost 7 straight games, including yesterday to Wolves. So is it a bit much to expect Spurs to be Spursy again? It would be a miracle by St. Totteringham. On the other hand, we are in the final of the FA Cup which is not only a trophy, but also a route to the EL. We can ill afford another suspension or injury. I’m sure Aston Villa will be willing to ‘test our resolve’ and ‘leave a foot in’ and ‘get about us’. They are in, for them, good form too. Picked up 4 points in their last 2 matches, having got only 2 from the previous 10.

Greasy boy Grealish is the danger man leading them in goals, assists, passes, shots, and yellow cards. I know some tout him as a transfer target for us, but it seems more like a case of a player standing out in a poor team. Hopefully doesn’t stand out, in a good way, today.

For Arsenal, Arteta will pick a side and we need to support all of them. Don’t really care who plays today. Don’t even much care how we play. I just want a win. Nketiah is back from his suspension and I expect he’ll start. Willock and Saka might too. Them plus Nelson are all PL goalscorers this season. That makes us the first team since Middlesbrough 2007/08 to have 4 U21 English goalscorers. Quite a mess Wenger left us in.

Europe and an FA Cup win are the only proper ways to honor that legacy. Hopefully we’re up to the task.