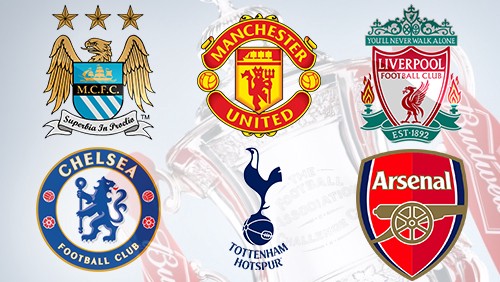 Written by: Shard aka @ShardGooner Arsenal is no longer among the traditional top-6.

How do you recover from the worst season in 25 years? That’s the question everyone is asking, or ought to be asking. It’s going to be strange to not have Arsenal playing in Europe. From a club that was the epitome of consistency, which some dubbed mediocrity, we’re now a club verging on irrelevancy.

Of course the answer most arrive at is the transfer market. Kroenke-Out is trending again because the ‘protectors of the soul of football’ want him to spend more of his own money on buying players. Players that we will abuse, harass, and destroy just as soon as the newness wears off. After all, we’re in desperate need of new scapegoats now that the options there are gone or are on their way out.

There may be some great player brought in, some good players will be sold, some mediocre ones will be hyped up (looking at you Ceballos stans), and we’ll all start the circus again. But the circus is supposed to be entertaining. That quality of football that we’ve been displaying would probably be the single biggest cause of our decline in popularity. But, instead of arguing over whether you can only play good football with the ideal set of players, let’s look at what our target for next season should be, and how we could get there.

Fans and manager alike have jumped onto the 2nd since Christmas table. Also according to Arteta, it’s relevant that our 61 points would’ve been enough to finish 5th the year before. So I guess we ought to target top 4 next year then. What would that take?

Over the last 3 years, the 4th place team has finished with 67, 66 and 71 points. By the way, the 2 years before that when Wenger missed out the 4th place had 75 and 76 points. Which puts the 5 yr average at 71 points. I think that’s a reasonable target. 10 more points than last year. Should be achievable what with all the improvement Arteta’s team showed.

But where did we pick up these points? Where can we improve? Seeing as we finished 8th, I divided our opponents into teams above us, teams around us, and teams at the bottom.

We scored more points against the Top 7 as compared to the Mid 7.

The clearest area of improvement must be results against teams from 8-15. The only team we took 6 points from was Newcastle. Against Palace, Southampton and Leeds we took 4 points each. While from Everton, Villa, and Wolves, we got 0 points.

It’s not inconceivable that we could get 10 points more from this group alone.

So just as long as we keep ahead of the Joneses and beat these teams we should have top 4 tied up, right?

Not so fast. The top teams are all strengthening and we may not get so lucky again. For instance, Lampard’s Chelsea probably saved Arteta’s job, and Tuchel’s Chelsea was focused on winning the CL by the time we played them. Even if we pick up more points from Spurs and West Ham, would we get 10 points from Chelsea and ManU combined? Could we hope to beat ManCity and Liverpool this time around? Maybe. I’m not very confident we’ll be able to do as well in this mini table next time.

And then there’s the Bottom 5. We virtually destroyed that group. 23 from 30 points is not bad. Only Burnley did us dirty there, and Fulham somehow got a draw. But I don’t see us improving on this, because really all 3 relegated sides were some of the worst teams that the league has ever seen. Norwich, Watford and Brentford will likely provide a much more difficult test. On top of that Brighton were very unlucky to be as low in the table as they were.

Each point is going to be a struggle, especially now that teams no longer get over-awed by our name nor by our quality of play. In fact, they often outplay us. If we continue to play like we’re terrified of conceding, we’ll likely be punished more often than not.

55 goals, 16 of which came against relegated sides, is just not good enough. We’ll need to push that up to nearer 75. Can Arteta set up a team to consistently play that kind of attacking football? Does he even want to?

What is the process?

So a lot gets made of trusting ‘The Process’ that the club and some fans have unofficially adopted. But what is this process? It’s intentionally vague and can mean whatever you want it to mean. In practice, all it means is that anything Arteta or the club do, no matter how inane, thoughtless or heartless, it can all part of ‘The Process’ that fans need to get behind. It’s a call to, and an exercise of faith.

I had faith in Arsene Wenger. Not that he would, but if he behaved in the same way as Arteta, I MIGHT have still been on board. Because he had earned that trust and had always behaved like he was worthy of the faith. Arteta has earned nothing of the sort, and has often done the opposite. In fact, the only reason to give Arteta the job was faith. Faith that he’d use his experience-by-proxy, and combine that with the values he played under and embodied as captain. I was all for it. But time and again, he’s done all he can to abuse that faith and trust.

So, with the caveat that results override everything else only if they are extraordinary (good or bad), how I view the process is exactly how the club outlined it for Unai Emery.

As far as I’m concerned, he’s failing at all 5 of these. Until he shows ‘The Process’ includes these markers, I will not be won over by him, no matter how confidently he proclaims his own competence and blames others.