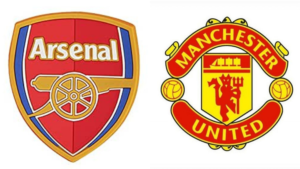 Winning makes everything better. It wasn’t a classic, but the result against Chelsea at least gives Arsenal some hope again. It doesn’t mean that everything is on track. Because it isn’t. But at least we tried something different and it worked. My worry is Arteta will once again give in to his habit and go back to shackling his players within his system, rather than enabling them.

I said on Twitter we embraced chaos in the Chelsea game, and I think it gave us the momentum to go on and win the game.

Yesterday, Arsenal embraced chaos. That's what gave us that momentum. Not needing to do everything according to a 'system'. A manager providing a general structure then giving his players the freedom to express themselves is a good thing. Arteta does this only when in trouble.

It also gave Arteta the opportunity to make a positive contribution via his substitutes when we needed to curb Chelsea’s threat. Now whether that was just about us playing with more freedom (Was Arteta less vocal from the sidelines as well?) or Chelsea being caught by our less rigid approach is anyone’s guess. Probably a bit of both. I doubt ManU will be similarly caught out, but I still hope Arteta continues to allow players the freedom to express themselves.

For one thing, this is a battle against the old enemy. And as it stands, we’re also rivals in terms of our aims for the season. This could be the type of game where it’s all end-to-end action. Alternatively an inordinate focus on tactics could just lead to being slow off the mark and then struggling to catch up. For another, it’s just more fun to watch the players utilising their skills than being used mostly like chess pieces.

A whole swathe of ManU players are said to be out of the game, while a whole lot more are said to be on their way out of the club. They announced their new manager who will take over from next season, and if there’s any bounce from that, I would be very surprised. But, we shouldn’t underestimate them. They are a very talented squad even if they seem disjointed and are looking to change things up. Any sort of momentum we give them could be a problem.

Respect Ronaldo but beware of Bruno

Of course, they also have had some tragic and unfortunate circumstances for a couple of their players. I don’t know if Ronaldo will play, but I hope we figure out how best to pay tribute to him and his family. If he does play though, we need to be aware of his goalscoring ability. At the other end of the pitch Harry Maguire looks set to miss out as a result of a bomb threat sent to him, which is just insane. It also robs us of the chance to go up against him when in poor form. But the player I am wary of is the diving maestro Bruno. I’m almost certain the ref will try and make up for Arsenal getting a penalty against Chelsea and we need to be careful not to give the Portuguese any chance to ‘earn’ one.

Even as we’re making them work hard for their goals, we really need to impose ourselves on them. I don’t know if the turnaround time is too quick for players like Eddie to keep their starting spot. But maybe it’ll be Martinelli’s turn this time around. Whoever plays, I hope we just go on the attack early and hopefully create a few chances and score a goal or two (we can’t always count on Eddie running things down).

One thing that remains to be seen is whether Tomiyasu is ready to start. And if he does, how match fit he is. We can only guess because Arteta’s answer was a whole lot of nothing. Considering that Cedric was only a late sub in the last game, I think Arteta will go with him and use Tomi to shore up the defense late if needed. Ben White can meanwhile go back to his CB position, while sadly, Rob Holding will likely miss out.

Xhaka is getting some praise of late, and I feel he will be the key man. It could be in the good sense of dominating midfield and helping us progress up the field like he did for ESR’s goal. Alternatively, will he be the victim of the referee and his own desperation, and be sent off.

Anyway, the top 4 trophy is very gettable and despite what some Oracles & their Disciples might tell you, it is much needed and already overdue. We belong with the big boys of the game. But to get there, first we must beat the club which along with us formed the biggest rivalry of the PL era.

This one is special, and I hope the Emirates crowd makes it a really intense atmosphere, while we put on a performance worthy of the occasion.