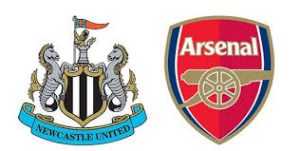 In the Premier League era Newcastle has been regular cannon fodder for the Gunners, home and away. Most of us have memories of Arsene Wenger clutching Pat Rice in pain and ecstasy at St James’ Park after Arsenal clinched a 2:3 win in the 91st minute on the last day of the 2011-12 season to secure our Champions League spot. But struggling to beat Newcastle has been the exception rather than the rule. We have played them 51 times in the modern era and won 31 (60%) versus only 10 wins (20%) for them, leaving a mere 10 draws between us. Post Wenger, both Emery and Arteta’s teams have spanked them. So what is there to worry about in this latest installment?

Only the most sycophantic pro-Arteta type would pretend that the current Arsenal team can just turn up at the Toon and expect to come away with a win. This version of the Gunners is the perfect metaphor of a yo-yo club. Wins over Manchester United, Chelsea and Tottenham Hotspur this season have been regularly punctuated by losses to mid-table and contenders for relegation. Aston Villa and Wolves achieved a historic lifetime first by doing the double over Arsenal this season. Burnley, West Ham and Everton finally got a win at the Emirates after decades of failure and frustration. This season Crystal Palace went four games unbeaten against Arsenal for the first time ever.

Newcastle are on the same points as Burnley, who beat us last time around. That by itself is an incentive for them. Furthermore they would be happy to put further distance between themselves and Fulham, who are firmly in the drop zone. While the Toon are known to be goal-shy, they must fancy their chances given the paucity of goals by the Gunners in the run-up to this encounter.

State of the Arsenal

Who knows what state this Arsenal team are in after escaping from Villareal with a mere 2-1 loss in the Europa League semi finals two days ago. They were down 2-love in the first half with the 7th place La Liga team looking like they would land the knockout punch at any time. But the Gunner’s recovered in the second half and “earned” a penalty.  According to Bukayo Saka in a post game interview:

“There are a lot of positives in the second half. It’s a semi-final and to start the game like that… we didn’t create anything, were passive, lost every duel. I’m happy in the second half we picked ourselves and have given ourselves a chance. We showed we are better than them, even with ten men, so it is up to us. When we play properly we can beat anyone.”

The issue to my mind is Arsenal rarely play “properly” against mid-table and lesser teams these days. The dominant philosophy seems to be ‘sit back and counter-attack’. This may work against bigger, technically superior teams who are inclined to take risks by attacking and creating chances thus leaving the back door open to Arsenal’s lethal strikers.  But against equally, if not more cautious clubs, Arsenal’s tendency to create fewer chances, fewer shots on goal and fewer shots on target than most clubs in the football league, leaves it vulnerable to teams who are happy to score once and shut up shop.

Fr what it is worth, in the run-up to this game the Toon is in better form. In their last five games they have had a L, D, W, W, D in that order while Arsenal have gone D, L, W, D, L in the same period. Handicapping Newcastle in this game is not having the main man responsible for this incredible run, including a magnificent draw away to Liverpool, none other than super-sub Joe Willock with timely last minute goals off the bench. According to premier league rules loanees cannot play against their parent club.

I have no idea who will represent Newcastle and am just as ignorant of who Arteta will select given he has the return leg of the Europa League semi-final on Thursday. As we all know this is all that matters to Arsenal at the present time. My only expectation is Auba will get an extended run as preparation for the EL and there should be even briefer appearances for David Luiz and Kieran Tierney. The race may probably be too early for Lacazette even though he may be desperate to get a bite at Villareal.

This game smacks like a dead rubber but surely Arsenal must go for a win to put themselves in a good frame of mind for next Thursday. Heaven forbid if we lose. Fan dissatisfaction is already bubbling, it hardly needs any fuel to feed the flames.

With so much conflicting trends in play I refuse to make any predictions.Enjoy the game wherever you are.