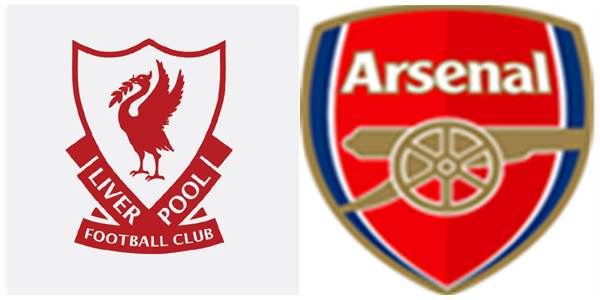 So the fallout from the Palace game continues into this week. Strangely enough, the result and the quality of football has been almost out of the narrative, which just may be how the club hierarchy like it. Xhaka left holding the can might be inconvenient to them but is also a welcome distraction.

The League Cup isn’t the most important of trophies, and so the next game offers the club an opportunity to get Xhaka out of the firing line. But of course the need for scapegoats continues and it’s been indicated by our Head coach and Mesut Ozil will be involved. He might even start. Not just that, he could also be captain.

For or against Xhaka

A lot has been spoken on captaincy and what it means in the wake of Xhaka’s outburst towards the ironic cheers and outright boos of the crowd. I can understand the people who think this is not a great way to behave. But I don’t get how someone cannot at least understand why Xhaka did what he did nor stand by him. It was obviously a combination of factors over time which led us here.

However, it is the most sanctimonious takeaways that annoy me. The ‘fans’ become unimpeachable beacons of morality and righteousness. These same fans will share messages about the importance of mental health, but will ask Xhaka to ‘man up’ when he doesn’t take his humiliation lying down.

However, all the amateur pontificating on leadership doesn’t change the fact that apparently Xhaka retains the support of the team to remain as captain. If nothing else, it is a show of unity by the team, setting an example for the fans and especially to the coach and upper management.

There has been no official statement on Xhaka yet. He’s changed his social media profile picture to one in his Swiss team shirt, whose federation has made a statement to say Xhaka’s standing with them remains unchanged. I would love to see a rapprochement sometime in the future between Xhaka and the Arsenal fans, but I really think it’s more likely he leaves, especially if Emery continues to be the coach. Emery’s contributions to this situation are clear. The way we play, the way he made a farce of the captaincy decision and the way he hooked Xhaka off in the 60th minute and made him a target.

I wonder if Ozil is to be made a target against Liverpool. At this point in Emery’s tenure, we’re at the stage where politicking seems to be given more consideration than it deserves. Putting a ring rusty Mesut Ozil in against Liverpool seems calculated.

Even if Liverpool plays its youngsters, our team is likely to have some rotation as well. Despite changes from Palace I have a feeling not many of the kids will play. Emery will fear a heavy loss will reflect poorly on him so he will select some of his best players.

With Ozil, if he plays well, at least there’s a chance we win. If he doesn’t play well in this system, against this opposition and with lack of match fitness, Emery will say ‘he knows what I want from him’ and then ‘this is not the time to speak about it’ as he pushes Ozil back out of the squad.

Frankly, my enthusiasm for Arsenal is waning quite quickly. I don’t look forward to games any more. Not even the EL can provide the excitement as the Vitoria game showed, despite the dramatic finish. Can the League Cup? It used to be the playground of the kids showing off their silky football with enthusiasm. Both seem anathema to the coach now, so I doubt that’s going to happen. This is unless Ozil decides to make the game his personal canvas, ignoring the coach.

If we’re talking adventurous tactics, now would be a great time to do that. There may always be scapegoats, but the coach can only undermine his players for so long before he takes the fall himself. Go out and play a joyful game, Mesut. And see where that takes us.

Sorry if this preview seems less focused on the football than usual. It just seems apt. The players have been training well, as the club wanted us to know. It could be a chance for someone like Mavropanos to play, considering Luiz and Chambers are both not traveling. Neither are Auba and of course Xhaka.

The following is my guess at the lineup:

A place in the quarter finals beckons. Something tells me the players will be up for it and happy to be playing football as an escape from the other goings on around the club. I wonder how motivated Liverpool are for this. But we’re still going into the game as underdogs, a position which usually suits Emery just fine. But my hopes for this game rest on the players and their creative abilities. Maybe the outcome of the whole Xhaka and Ozil episodes will be the players just throwing all inhibitions (and inhibitors) out the window, and letting their true talent shine through. One can only hope that’s the case.