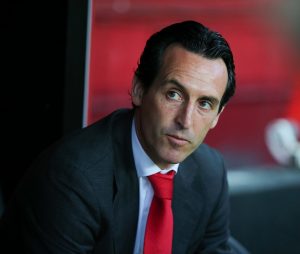 Arsenal vs Crystal Palace may well be the straw that broke the camel’s back. A game that found Arsenal two glorious goals ahead inside 10 minutes via what is now trademark Arsenal set pieces ended in what, some now argue, was one of the worst nights in Emirates era.

Because the game not only saw Crystal Palace crawl those two goals back but it also featured VAR controversy, Arsenal’s lack of creativity, Ozil chants being sung across the stadium, Unai Emery cutting his customary figure of confusion on the touchline and to top it off the 60,000 Emirates crowd booing our own captain off the pitch. The entire drama and the reaction has once again split the Arsenal fan base, not merely in two but in multiple splinters and pieces.

Drama on and off the pitch

In many ways, the game had more impact outside the pitch than on it because what transpired is fueling an already heated debate on the present and future of Unai Emery. And this game just took the temperature to another level which has been on the upward trajectory all season.

The team sheet only had one surprise which saw Tierney get his first start in Premier League ahead of Kolasinac as well as the expected return of Ceballos and Lacazette in the team.

As for the game, it was just another Arsenal performance typical of the new era. The only difference from the prior nine games was Arsenal converted their early corners into goal and did to Palace what Palace usually do to others. First it was Sokratis that finished after Palace were unable to clear the second ball and then, three minutes later, David Luiz was able to pounce on the flick to finish at the far post.

Arsenal was flying high and it seemed like that game was finished for Palace before it had even begun. Minutes later, Tirney bombarded on the left wing to put a cross into the path of Lacazette whose shot was saved by Hennessey. This, by-the-way, was the only chance Arsenal created from open play in first half and the best of the game by far.

Crystal Palace slowly started to get hold of the game and were able to bring Zaha more on the ball allowing them to advance further and push Arsenal into territory where they simply seem incapable of defending under the Spaniard.

All the familiar shortcomings of Emery’s system came to fold as the half grew and our midfield seemed to become as dysfunctional and far apart from our front three as they could. Our only forward movement came from the fullbacks who time and time again tried to find Lacazette and Aubameyang like we had Olivier Giroud still playing for us.

Around the 28th minute mark Zaha suddenly found space to run at Chambers and moments later went tumbling in the box. The referee deemed it a dive and booked Ivorian. Then for some strange reason VAR decided to function properly and overturned that decision resulting in Milivojevic converting the penalty to bring Palace back in the game.

The second half was just a continuation of Palace’s momentum and it was not surprising to see Ayew bring them level when Pepe gave the ball away carelessly in midfield and McArthur was able to drive the ball into the box and cross it deep for the header.

Emery reacted in the 60th minute by throwing his captain under the bus, taking him off for Saka. Xhaka wasn’t pleased, to say the least, but many in the Emirates were. Their booing and Xhaka’s angry reaction was something that had been boiling up for a while. No one came out a winner. Isn’t it time to pull down that ‘Class is Permanent’ banner?

Arsenal began to have more possession as the game progressed but still without any creativity with our best playmaker sitting in the crowd while his chants were being sung out loud by the faithful. At this stage the home team’s best chance looked through a set piece. A great chance came at the 69th minute, 25 yards from goal on the edge of the box, but Pepe’s kick went flying high over the bar, unlike midweek when both his freekicks went unerringly into the goal.

Arsenal thought they did get the winning goal from a corner when Sokratis finished it with power and let his plane fly across the length of Emirates pitch only for it to be overturned by VAR. Chambers was deemed to have fouled an opponent during the goalmouth scramble. Did he really? I don’t think so.

Waiting for the inevitable

But even though VAR decided to come full force against Arsenal, we didn’t help ourselves either. Our deficiencies were so obvious and easy to exploit that blaming the result on VAR won’t cut it. Unai Emery’s Arsenal has been a consistent story of abject performances and results and last night was another perfect example.

The storm now is in full flow and it looks like it cuts deeper than just the manager. Everyone seems to be having their say whether board, players or fans. This drama has a familiar ring to it. We all wait for the inevitable.