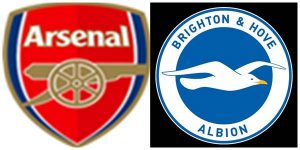 A season that started with much promise is ending with more promise. Just empty ones. Some want transfers, some want board seats, some point to conveniently arbitrary points groupings. It’s almost as if the football is the side show. Which, frankly, is the status it deserves in a club which never ceases the drama.  Mikel does deserve praise for coming up with a cure for insomnia though. Maybe he can claim that prize in his next interview.

For the final installment of a season everyone’s glad is over, we’ll face Brighton. Though they find themselves towards the foot of the table, they seem to enjoy their football. I know I do. Arsenal fans will also get to enjoy it in the stadium and maybe their support, combined with the fact that Brighton have already qualified, will help us to a win.

Anyway, it seems St Totteringham has developed a somewhat sick sense of humor but honestly we’re not a club that is in position to turn our nose up at any European competition. It’ll help maintain our Uefa coefficient, especially if we win it, and could also provide a route back to the Europa since there is no guarantee we’ll achieve that through the league next year. Oh, except the 23 game table that skews stats to suggest we’ll finish 2nd. Arteta’s complaints of lack of training time with midweek competitions is frankly pathetic and small time and should be ignored if not scorned.

Anyway Brighton. Graham Potter has them playing some good football which probably should have them higher up in the table if he ‘just brings in better players’. Like Bissouma is for us, apparently.

Little secret. I wanted Pascal Gross at Arsenal as Ozil’s deputy a few years ago. Before you laugh, I also wanted ESR as his deputy when Emery was here.

There’s not much to say about this match really. I expect we’ll win. I hope the fans have a good time. I don’t expect we’ll play very well but that’s par for the course now. All eyes, hopes and fears are now focused on next season.