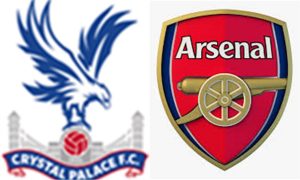 So on to the penultimate game of a season which is already over. Some weird optimistic fans retain hope of a Europa League spot. Even weirder ones, of a Uefa Conference League spot. Avoiding the latter would be one of the good things Arteta would have managed this season. After it became clear that we wouldn’t achieve top 6, let alone top 4, all I wanted from the League was that we finish above Tottenham.

One can never rule out a Spurs collapse (it is the history of Tottenham) but I’m confident we won’t catch them in the next two games. So despite them being managed by a prick and now a brick layer, our own residential genius was more interested in ego battles, losing money, and in reducing the chances for youth development in favor of has -eens. All while telling us how awful everything was and how awesome he is. His latest stunt being nitpicking on how his interview was reported and pretending it was some huge injustice.

Our next opponents are so bad that they’re considering appointing Frank Lampard for next season. Ok I kid. I actually like Roy Hodgson and am a bit sad he won’t be managing in the PL after this season. I wish him a happy retirement, if indeed it is retirement.

Palace play a direct game, and don’t really pass the ball around much. They don’t create many shots and don’t score many goals (40 to our 50) I was also not surprised to find that they have been dispossesed more times than any other team. Zaha may be their talisman but Benteke takes the most shots. I just have a bad feeling about him causing us problems. But for me, Eze steals the show and would be someone we need to shut down.

We should win the midfield battle and dominate this game in possession. But goals are often a problem for us as well. With the pressure off we may just put up a plethora of through balls and key passes but really that’s just not how we’ve been playing. Palace may also want to give Hodgson a nice send-off in his last two games.

Despite Palace being unbeaten in the last 5 games against us, I was confident of a win. But now I’ve talked myself into this being a draw. There’s no analysis involved in that. Just a feeling that we’re going to find it tough to score and, then, make a mistake in our frustration, only to salvage a point. I also expect a fired up Zaha to have at least 3 dives in our penalty area.

Will Arteta give youth a chance?

According to Arteta everyone except Luiz- who will be leaving Arsenal- is fit for this game. Xhaka is a doubt as well. I just think it’s a pity that the manager likely won’t throw on the youth in the starting lineup. Would be great to see Nketiah, Nelson, and, even the likes of Azeez get some game time. If anything the success of Saka and Smith-Rowe ought to show the way.

But we are in a process of evolution under a creationist. Or words to that effect. And so we will watch. And we will win, lose or draw. But we shall not have fun because this is serious business. And no leaks or exposés. Got it, moles and press hounds? Except transfer news. That is a welcome distraction. We all need a distraction from the football it seems.

And if you’ve got a problem with that…#CryArs

Written by: Shard aka @ShardGooner