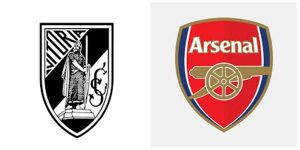 We move onto the 4th group game in the EL in a strong position. 9 points from 3 games, and some solid performances too. Vitoria themselves put up a stubborn fight but were undone by Pepe’s free kicks. Having been kept on the bench at the weekend, Pepe will likely start. I doubt the Portuguese team will be looking forward to it.

Or maybe, they will be? If they’re looking for redemption after the injustice of their loss, now might be a good time to play us. Emery is clearly under pressure, and the players seemingly aren’t really buying in any more. Arsenal themselves likely need just one point from their next 3 games to qualify as group winners, so the intensity might be less. Then there’s the whole captaincy thing.

Yesterday Emery confirmed that Granit Xhaka is no longer Arsenal captain, nor part of the captaincy group. He named Auba as first captain with Bellerin, Lacazette and Ozil as the others. This continuing farce over the captaincy is a sign of how poorly led we are. First you appoint 5 captains and then sell/lose most of them after the first season. Then when everyone expects you to appoint Xhaka, you keep delaying the decision for months, causing confusion and perhaps resentment. Then you appoint Xhaka anyway.

I know many feel otherwise, and that the stripping him of his captaincy was the only choice. I don’t agree but I understand it. That’s fine with me. But the way the club’s gone about this makes me question how effective their PR actually is. It worked a treat last season; they could keep blaming Wenger for everything and making themselves look good in comparison. But now that that’s no longer an option, the message often seems more self defeating. Whether it’s Emery trying to do his own version of ‘footballing heritage’ speech a la Mourinho, the talk of how they would better manage contracts, and now the way they handled the Xhaka outburst.

I can understand the club feeling they had to do something to make it clear the fans are important and that Xhaka didn’t do right to take out his frustrations publicly. I don’t understand them not being able to do it in a manner which also protected and appreciated Xhaka’s concerns. Clearly the fact that Xhaka put out his statement on his IG was a sign of the distance between him and the club.

Now we’ve alienated and humiliated the player the rest of the team had chosen as a leader. This can only mean Xhaka’s exit from the squad. I see no reason he’d want to stay at a club which doesn’t stand by him.

But what of the others? Bellerin clearly wanted the armband, and he’s more deeply entrenched within the club culture than Aubameyang. Maybe this is a way to get Auba to stay. Maybe Auba really is the leader. He’s certainly selfless and his upbeat nature is a plus. But now that he’s captain, and we need to draw a line under this whole thing, he doesn’t travel to play Vitoria. I seriously don’t understand Emery (sometimes).

Not good vs Bad

Based on what I saw in the first game, Vitoria are not a good team at all. I’m being polite here. The fact is we were just really bad. Despite all the drama surrounding us, I doubt we’ll be as bad again. It might even be a relief to play away from home in this competition. Emery needs a good result even if it’s not important in the context of the group. Let’s hope he doesn’t let the pressure get to him and further mess things up.

There’s not much to say about the game itself. We just need a win. Are we at the point that we even expect or demand good performances from this coach? I think not. We know what he’s about. Just need to hope the players can play to their natural ability and provide us with some entertainment along with the right result.

Arsenal, reduced to hoping for a win against low level EL opposition. But that’s where we are.

Prediction: 2-0 to the Gunners.