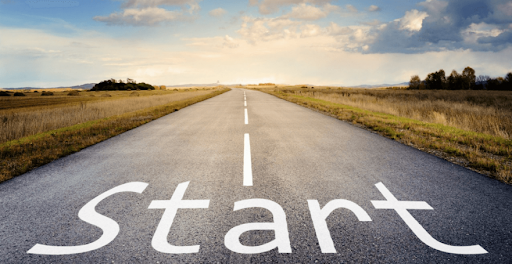 The transfer window has shut, international games are done, and now we have the tools to compete. Except, is that really what the manager is saying? Perspective seems to be the new operative word in this process. Unprecedented is the other. 30 changes. Injuries. Opposition. Circumstances. All (somewhat) true. All reasons. All excuses.

There will never be a perfect team. The Technical Director still says we are not at the end, it is still in the middle. Both him and the manager say we’ve explained this project and if you don’t get it, tough.

Well, tough is exactly what I think it will be to even match the points tally of last season. As it stands,  if we get the same results in our remaining games as last season, we’ll finish with 55 points. 35 games remaining. That’s the equivalent of 15 wins, 10 draws and 10 (further) defeats. Which seems very plausible to me.

There’s a reason the management aren’t ready to set a target for the season. It’s because they’re more interested in moving the goalposts than they are in creating goal scoring opportunities. In 3 games we have 29 shots with an xG of 1.9. Our opponents have 55 shots with an xG of 8.

Joining us on zero points are our next opponents, Norwich. They’ve conceded one goal more than us, but have actually scored one as well. Ok so it was a penalty. But who were their opponents? Only Liverpool, Manchester City and Leicester City. They have the same number of shots and SoT as us but their Non penalty xG? 2.3 and an xGA of 6. Despite playing against tougher opposition they are, at least statistically, doing better than us. We sit bottom of the table on merit. There is no accident here.

And so, for now, we must conclude that this a potential relegation 6 pointer. Yes, I know, we won’t be relegated. For one, if that turns into a real threat Arteta will be sacked and someone new will get the team playing at least at their level. But even otherwise, I’m counting on the players having enough professional pride to not get drawn into that, regardless of the coach.

Our record against Norwich is good. We’ve lost just 2 of 18 matches against them in the PL, and are unbeaten in our previous seven matches against the Canaries going back to October 2012. We’ve also scored at least 3 goals in 6 of our last 7 home matches. Of course, all that means precisely nothing the way our historical records have been tumbling along with us.

Tim Krul is a familiar opponent, and Max Aarons has been a fan favourite to replace the now on loan Hector Bellerin. (Although something tells me Tomiyasu will become a fan favourite too) Then there’s Todd Cantwell who was another one touted as an Arsenal target. Teemu Pukki is a goal threat. But I’m watching out for the two imports from Germany. Milot Rashica- the replacement for Buendia- and the American forward Josh Sargent. They’re still getting used to the Premier League but I’m wary of Arsenal’s habit of helping out in such situations.

For Arsenal, Elneny is out with a hamstring problem in addition to Xhaka serving the first of his 3 match suspension. But Thomas Partey is back, as are Ben White, Gabriel, and also Eddie Nketiah. So we should see the presumably first choice back line of Tierney-Gabriel-White_Tomiyasu.

The Elneny injury likely means a Sambi-Partey midfield although if Arteta is feeling bold he may opt to play Odegaard or ESR in midfield. Things are so random and wild that AMN is an option too. Odegaard had a great outing against Gibraltar, which at least will provide him and hopefully us, with some momentum. Whoever starts at the forward positions will expect better service and more chance creation than we’ve seen so far.

As will the home fans. The last time we played there, there was loud disapproval of the performance as much as the result against Chelsea. If we don’t play well and win against Norwich, it could turn ugly very quickly. Norwich will know this too. Like Brentford, they will be looking to take advantage of our frailties and our lack of ‘automatisms’. A fast start is imperative to prevent that from happening. If we can score a goal or two early in the game (look at me being optimistic), hopefully that will settle the team to keep performing and give the crowd the belief to back them.

More likely though, it will be a slog. At the very least we should be prepared for one. It’s the 4th game of our PL season, but this is where the season starts. Shoot down the Canaries, or it’ll be us being sent to the coal mines.

Remember to Like and Subscribe our new YouTube channel so we can become relevant and available when you search. We are the ‘little YouTube channel that could”,  a small group of fans defending the traditional values of the club unlike the mass of click-baiters and opportunists making a fool of our great club. Without your support the opportunists will continue to have a monopoly on that platform.