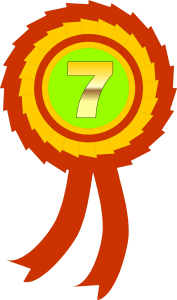 Gooners: Start your engines! Arsenal is 7th in the table. The race for top-10 has truly begun.

After our last game prior to the international break, when Arsenal was not merely defeated but outclassed by Leicester, yours truly (and Blackburn George) predicted that on current form Arsenal is likely to come 10th in the Premier League unless the club hierarchy make a change in management.

After today’s 2-2 draw with 19th place Southampton, not only is this prediction looking more likely than ever but hopes being spread by the club management and their PR agents for a bounce in points against the likes of Norwich, Brighton and West Ham before facing Man City at home on December 15th is receding fast like the winter sun.

In his match preview, my colleague Shard predicted that Emery would emphasize Southampton’s quality or lack thereof, i.e. #Respectball, and his team selection did not surprise. Five at the back with a double pivot of Guendouzi and Torreira. operating behind Ozil and a forward line of Auameyamg and Lacazette.

Are we really playing 5 defenders at home to 19th place Southampton?

Unai, is this is a joke?

We've really gone with 5 defenders and 2 deep midfielders against a team that is 19th in the league and our previous opposition beat 9-0 https://t.co/arqTTo2NbP

But there were optimistic voices:

I know lots of @Arsenal fans are worried about where we will finish this season, but worrying about playing Southampton at the Emirates today is a bit ridiculous. Southampton are absolutely woeful and Arsenal always beat them in London. Today should be an easy win? #AFC #ARSSOU

Today I am expecting and hoping for a more attacking approach from Emery, he doesn't want to get the sack so I'm guessing he is going to try to change his ways a little, decent line up #coyg

Both sides started briskly. It was remarkable the confidence shown by Soton, a team that was trashed 9-0 by Leicester two games before and against whom  Arsenal was more competitive ending with a more respectable scoreline. Such were their cheek, they took a very quick free kick in the 7th minute, deep in the Arsenal half and Bertrand found Ings who slotted it in past Leno’s despairing dive. Ten minutes later Arsenal equalized when Lacazette shot high and hard after a rebound from a strike by Aubameyang.

The half finished 1-1 to mixed reactions by the fans:

Could of been worse I guess…

What’s clear is the standard of our football has detoriated incredibly, no matter who starts.

Seems a mess, players constantly out of position.

Just need 3pts at this stage because still hoping for good football is a bit naive. #Arsenal ?⚪️

Not sure why people are booing and moaning, this is one of our better performances. Not very good mind, but it's been worse.

But the statistics made grim reading:

At the Emirates. Sack him before he gets rushed by Highbury roadmen @Arsenal https://t.co/Ql26ZZ9nfG

When Arsenal can only create one chance in the whole half, at home, against 19th placed Southampton, you have to say things are fundamentally broken.

Notably the half ended with audible boos from the Arsenal fans directed at their team. What should be most alarming to the club hierarchy was the hundreds of empty seats clearly visible to the world including the sponsors and the broadcasters. When many fans don’t care about showing up and those in attendance are audibly dissatisfied this is ominous. It not only affects the atmosphere during games, it eventually bleeds gate revenues and impacts future and existing sponsors. This is ultimately what is most important to the Kroenke family, especially Stan and Josh.

The half started with Emery making a tactical change substituting Chambers for Pepe and converting from his patently negative setup at the start to a more attacking 4-2-3-1. It did seem to make Arsenal more cohesive and progressive. There was a flurry of attacks by the Gunners at the start with one attempt by Aubameyang  in the 50th minute kicked wide by the keeper. A 52nd minute counter attack led by Pepe left him clear on goal but had him passing when it seemed he would been better served  shooting. Two minutes later in the penalty area the Ivorian volleyed a cross unto the frame of the goal. It was not be his day.

Arsenal looking so much more threatening with Ozil, Pepe, Aubameyang and Lacazette all on the pitch together. Should have scored three in 10 minutes since half-time.

But Arsenal only flattered to deceive. In the 71st minute, Tierney who had been having a good game to this point, conceded a penalty when he grabbed the arm of Ings who was shaping to latch unto a cross. Soft but we have seen them given. Leno saved Ward-Prowse’s spot kick but the Englishman bundled in the rebound. All hell broke loose in the stadium and the Arsenalsphere at the spectre of defeat.

In the 82nd minute Emery, who by this time was looking a sad, lonely disconsolate figure on the sidelines made his final throw of the dice; swapping Torreira for Willock and Martinelli for Bellerin. In the 87th minute Soton simply fumbled a nailed on chance for a 3rd as Willock saved on the line from Moussa Djnepo. Then in the 91st minute Tierney blocks a goal bound shot in the six yard box from Sofiani Boufal. One minute later the clearly inept Djnepo steers a cutback from Boufal wide of goal, again from six yards away. In football you pay for being profligate. In the 95th minute Martinelli crosses unerringly for Lacazette who in the said same six-yard box makes no mistake. A point earned from the jaws of defeat.

Fans disappointed by a comeback

In 14 years of supporting Arsenal I have never met an equalizer met with so much disappointment by Arsenal fans. The booing in the Emirates was loud and incessant.

The tweets speak for themselves:

Never ever seen anything like that in my life. The players, the crowd…..all gutted because we equalised https://t.co/XItOTkbzMY

21 shots for Southampton, 12 for Arsenal.

‘Sacked in the morning’ chants in the stand. That’s all I want now

#Emery has to be sacked. He HAS to be. Nothing about this is redeemable or worth backing further because it “can be turned around.” Tough decisions need to be made & this isn’t even a difficult one. 18 months of tangible, empirical proof that he needs to go. End of. #AFC #ARSSOU

Fucking pathetic. Top 4 is absolutely fucking gone because Sanllehi and Edu are pussies and Emery is a cowardly piece of shit who needs to jump off a cliff.

Emery isn't up to standard but we already knew that. Every week Sanllehi, Vinai and the Arsenal hierarchy let this continue – they are to blame.

Get him gone and start fresh with new ideas. Wasting six months of this season would be pure negligence.

Absolutely dreadful. No idea how we got anything out of that game. Southampton should have sealed it.

I don’t even really blame Emery for this.

These dropped points are on Raul, Edu, Josh, & the board who should have done what they needed to well before now. #EmeryOut

With the fanbase in revolt inside and outside the stadium it is obvious that Emery’s time at Arsenal will soon come to a premature end. Josh, Raul, Vinai and Edu may pretend they can “ignore the noise” but the damage to Stan Kroenke’s investment is palpable. He will be demanding changes if he hasn’t done so already. Raul may be hearing the bells toll for Emery but there are thundering hoofbeats heading towards him and his minions. Not even the biggest tweeters, bloggers and YouTubers can ignore the voices of increasing number of fans who are vocal in demanding that Don Raul shit or get off the pot. The only question is how soon will the hierarchy make a change?