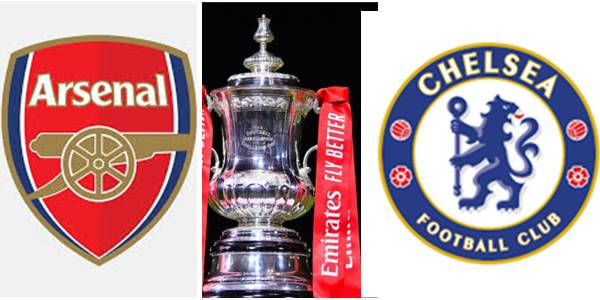 The last day of the English football season, and the famous Arsenal are still in with a chance of glory. With everything that has happened, there’s not much more you can ask for as a fan. There is of course a legacy to live up to. 13 FA cup wins is a record. 21 final appearances likewise. 7 FA Cups for Arsene Wenger as well. This trophy ought to come home, and may it be the first of many in Mikel Arteta’s Arsenal career.

It will be a difficult game. Arsenal go into this as underdogs, which is how it was in 2017. However, we had better players and a better manager then. A manager, who, Arteta revealed this week, he has been in regular touch with and receives advice from. So I’m sure he won’t mind Wenger being given his due when Mikel himself has it all to prove still.

At the same time, Chelsea themselves have a relative newcomer as manager. I remember looking at the work he’s done there early in the season and feeling envious. Of course that was when we had Emery in charge and I would look at anyone that way. There did follow a period where people were harsh on him, but having wrestled their way to Champions League qualification, he deserves the credit.

Another who deserves credit for their late season form is the often maligned former Arsenal player and centurion, Olivier Giroud. What he lacks in speed he more than makes up for with his touch, his size, his nous, and his fight. Arteta, a former teammate, recognises this quality in him.

Much of the hate and ridicule towards Giroud from Arsenal fans comes due a run of poor form in 2016 which saw him (and others) fail to make the most of Ozil’s amazing chance creation. The same Mesut Ozil, sadly, has been ostracised at the club he chose to commit his future to, after a change in upper management. They decided to make him and his contract the cover for all their ills.

What’s the antonym of a panacea? Kia Joorabchian? Some reports say Ozil is in Turkey and will not be involved in the game at all. The latter part isn’t all that surprising, though no less depressing. But him not being at the club is strange. Does it mean a move is on the cards? Guess we’ll see next season.

Also what we’ll see next season is if the rumour of new coaching additions including Dennis Bergkamp are true. Arteta was asked about it, and though he put it off, he didn’t exactly deny it. Not in words, nor with his body language. I freely admit that I was fangirling over the possibility of God being back. Imagine him coaching the young players at the club. Would be a shame if he didn’t get to share the training ground with his spiritual successor in Mesut Ozil.

Anyway, that is for later. Back to the game. It’s actually been surprisingly quiet in the buildup. Maybe it’s because of the coronavirus and fans not making the trip to Wembley, or it’s just that Arsenal fans are nervous and less confident after what happened in last year’s EL final. Even though Arteta was clear that it makes no difference, and logically he is right. But fans don’t operate through logic, do they?

Personally, I always believe Arsenal can win (as long as we have a coach) and I’m looking forward to the game.

Wembley has been kind to us, but Chelsea have a good record at the ground as well. Two odd bits of info. Chelsea were the last team to win at the old Wembley and the first at the new Wembley. They also win FA Cups at the start of decades. Guess we’ll just have to break that streak.

Lifting the trophy despite a break in tradition

She may wear a yellow ribbon but Arsenal will wear their snazzy new red and white kits. Said it before; I dislike using next season’s kits in this manner.  Apparently the FA thinks it being a Cup final and now being the merry month of August, the occasion deserves an exception. The kits don’t really matter, but we’ll look really good lifting the trophy with some swag.

We have shown good progress under Arteta and winning the FA Cup will be a fitting testament to that and to his legacy as Wenger’s true successor. I’m hoping for a good solid team performance. My other hope is the game isn’t decided by a refereeing disaster-class, but rather by a moment of magic. We’ve had FA Cup heroes aplenty in the recent, and not so recent past. It is now time for a new player to step up and write themselves into Arsenal history. Could it be one of the Hale End boys? Perhaps No. 14 will deliver us FA Cup no. 14?

It could be magic and I am dying to see it. Come On You Gunners!

Written By: Shard aka @shardgooner