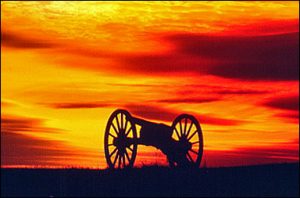 Sunset on a disappointing Gunner season

Oh the disaster is finally over! Thank God we are done with 19/20 season!!

For many Arsenal fans full time whistle on Sunday felt like that. You only have to just look at the final premier league game and the worst league position in 25 seasons to understand why.

The Gunners held on to a 3-2 win, with their backs against the walls, relying on their backup keeper to pull off one of the saves of the season to come through against a team on the  brink of relegation.

Watford’s comeback was a shock considering that at one stage the North London club held a comfortable lead of 3 goals with the Hornet players all but disappeared into thick clouds. But the Gunners lack of midfield control and questionable substitutions almost gifted their opponents a ticket to stay in the league.

But destiny was written and Arsenal eventually sent Watford and their cojones packing to Championship Football. Troy Deeney, sorry but it’s all on you. Hope you enjoy it down there.

The game was high in drama and played a key role in deciding the relegation spots. In that context, the game was a superb curtain-closer, going down to the wire with the fate of Villa, Bournemouth and Watford themselves hanging in the balance.

But when it came to quality it perfectly summed up the season for both clubs.

Watford was shocking in the first half and it seemed like majority of their players were already thinking about life in second division. It started awfully for the Hornets with Dawson clumsily bringing Lacazette down in the box inside first 5 minutes. VAR had to intervene for the penalty to be awarded, much to the displeasure of Mike Dean and Aubameyang did the rest.

Soon Arsenal were 2 ahead with a wonderful set up of Auba by Pepe but instead of selfishly poking at goal, the former chose to lay it off tor Tierney, who calmly slotted it into bottom right corner to register his first league goal in red colours.

The situation was already dire enough for Watford and it got even worse when they conceded perhaps one of the softest goals of the season. Tierney put a simple long throw onto the feet of Aubameynag who while being marked seemed to have all the time in the world to apply an overhead finish to make it 3-0. Once again, the man in question was Craig Dawson.

Even though the Gunners were in complete control as far as the scoreboard was concerned, most experts would have observed they did so without ever really exerting any kind of control and authority in midfield. Watford in some phases would still create real pressure on the defence, enough to create big chances, which they finally did when David Luiz (once again) brought Welbeck down in the box. A penalty was awarded and Deeney got one last chance to bang in another goal at Emirates.

Giving away the midfield

Still the scoreline looked comfortable enough but the second-half saw the game completely turn on it’s head. Watford pressed and Arsenal dropped deeper and deeper into their shell while completely giving away the midfield territory.

To lose midfield dominance was criminal enough but the frequency which Watford was able to carve the Gooners open time upon time was shocking. After missing two very good opportunities, the pressure finally took its toll and none other than Danny Welbeck did the damage scoring on his return to his old club.

Watford needed results elsewhere to keep them safe. But above all they needed the 3rd goal and they should have got one but Welbeck saw his back heel effort from 3 yards out saved by Emi Martinez. It was a game saving moment.

The longer the game was played the more Arsenal seemed to lose control and it’s fair to say that Arteta’s substitutions once again made the game for opponents.

Eventually we got the result on the day and at least finished this horrible season with 3 points. As for the rest, the sooner we can forget this season and move on, the better it would be.

Reflection of the season

In many ways, this final game was an accurate reflection of our season. Average midfield, lucky breaks and parking the bus against teams like Watford was what it took to get the job done. The system is crashed and the Arsenal philosophy is on the rocks. What our future will be? A lot of that will be decided in the short summer break that we have in front of us.

The League season is over, but for Arsenal the real test starts now. Next Saturday, we will meet Chelsea in FA Cup final which will decide the final outcome of this torrid season. It might get better with a FA cup and European football on hands or it might get even worse. Whichever way it is sure to leave everlasting impact on our club.

Who knows whether it will be positive or negative?