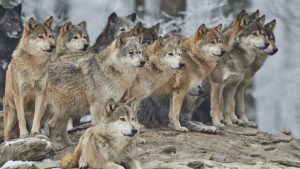 The pre match talk was centered around Granit Xhaka. Emery made it clear he won’t play, but not what the future with his captaincy might be. After the Wolves game, that may not be the future he has to worry about.

Arsenal have been playing poorly and our results have been less than acceptable. Amazingly, Emery was defending our (his) home record saying we’ve only drawn two games, but won all the rest. It’s the start of the season and he’s talking about that as an achievement. He sure wasn’t doing that after the game, when the pressure really was on him.

Ozil was restored to the starting line-up. It may not be entirely down to his influence, but some of the passing in midfield looked more fluid than in previous games (some EL games excepted). All the same, the tactics seemed to be passive, inviting Wolves pressure, and hoping to catch them on the counter. It sort of worked in the first half.

The first 15 minutes or so Wolves looked dangerous but gradually we got some control, and it culminated in some neat link up play between Lacazette and Aubameyang, with the latter providing a controlled finish to score his 50th goal for the club. What a great signing he’s been for us.

We had a couple of more chances to extend the lead, but they were either blocked or went off target. Interestingly, the midfield of Guendouzi, Torreira, Ceballos AND Ozil, often saw Lucas Torreira the furthest forward, and taking some of these shots.

Wolves had a few half chances, and forced Leno into a good save too, but the first half ended with us in the lead, and some relatively decent midfield control.

Anyone who thought this would last hasn’t been paying attention. Due to some technical glitches, my match preview wasn’t submitted in time. But I’d written:

“I’m predicting a fast start, followed by the coach pulling us back, and then we concede. Hopefully we recover to sneak a winner even if that happens. But I’m going for a draw.”

It was almost amusing watching the meltdown among the fans on Twitter. I wasn’t angry because this is exactly what I expected to happen.

What was unexpected though, were Emery’s substitutions. Twice in 4 days he took off Lucas Torreira when the need was to protect a lead. What threw me was that he actually brought on Saka. An attacking substitution from Emery? Inevitably, it wasn’t the right time and  3 minutes later, in the 76th minute, Raul Jimenez popped up to score the Wolves equaliser.

The bizarreness wasn’t done there as with only 3 minutes remaining in normal time Emery substituted one full back (Tierney) for another (Kolasinac) while Pepe sat on the bench. I’m not even going to try and assess what was going through Emery’s mind here.

The fans weren’t happy with yet another poor result and performance based on the booing that went up around the ground as the game ended.

What must be especially concerning and infuriating is that this is no accident. This is how our coach wants to play the great game of football. A lot of his backers have tried to deny this is the case, blaming the poor performances on Wenger, lack of new signings, referees, injuries, etc. The latest promise was ‘once we get our fullbacks back.’ Giving lie to all the nonsense, in his post-game presser Emery admitted:

“It’s a bad result, but tactically it worked how we wanted”

Emery sounded defiant in the presser but to me he looked very dejected.

Asked about his future, he avoided the question.

He was on the verge of losing his cool when asked if the players even understand his instructions. He kept his composure somehow and moved on.

I won’t deny that I felt some sympathy for him there. These are not easy questions to face. If it weren’t for his poor man management and tendency to throw blame at others, I might even be more patient with him. I don’t doubt that he wants to do well.

But he’s just not good enough to be at Arsenal. It’s beyond him. Every week that goes by proves it more and more, even when somehow we eke out the result.

As it is, we’re now 6 points behind TransferBan FC in our quest for the top 4. It could, as well, have been a lot worse. There’s nowhere to hide now because it’s become clear this is not an aberration. It’s the Emery-plan.

Over to Josh and Raul

So what next? Surely our ‘ruthless’ New Arsenal which cares nothing for trivialities such as loyalty and their word, should have no problem firing the coach in this situation? Unless there is some other reason, financial or political, to keep him around.

I only saw this after the game, but the Arsenal media team, who are now shamelessly posting Ozil content again, had a short video of him meeting and shaking hands with Thierry Henry. I know am not alone in this, but my immediate thought was that they might be planning to have Henry take over as manager till the end of the season. I really hope not. I’d rather they gave it to Freddie. He’s done more to earn it. But I don’t believe the club will do the right thing any more.

Henry was rumoured to be Josh Kroenke’s man and in line to succeed Wenger. I think that was headed off by Gazidis. In the end, it is reported that Raul’s suggestion of Emery won universal approval. I am uneasy that Josh and co will simply turn back to Henry once it becomes clear to them that Emery has to go. I’m not even sure if that reality has sunk in for them yet. Will it? Or will they brazen it out till the end of the season?

Vitoria next in the EL, followed by Leicester before the international break. I suspect that is when we’ll find out what this club’s plans are. Until then, we can only wait and hope against abandoned hope that we’ll still get some good results and decent football.