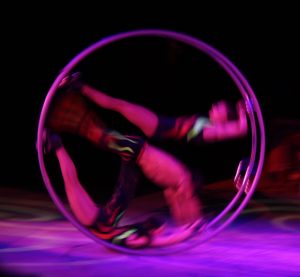 Wednesday night. Another match, another disappointing result, and yet another game of questionable decisions from the manager. This just does the head in, doesn’t it? Rare and rarer are the glimpses of brilliance to support the theory that it will get better soon. On the contrary, all evidence points to the opposite. This is Unai Emery’s era and it has been full of disappointments.

This is the same Unai Emery who came to Arsenal Football Club to fill in the massive shoes left by the legendary Arsene Wenger. His appointment caused mixed feelings. Some were hyped, triumphant there was a successor to Wenger, any successor. There were others not as sanguine, many feeling he was a safe option rather than an exciting one. Still he represented the change that a vocal section of Arsenal fanbase wanted and hence optimism for new season was high.

He was showered with praise by the then CEO Ivan Gazidis who told us all what a wonderful coach he was. Stories of his “great” Powerpoint presentation broke out and we were all told how he would transform us and make us more formidable. It was a new era and we were all drinking the kool aid.

Transform us he did but not at all in the way people were expecting. Arsene Wenger left a philosophy and identity for this club. Sit down and watch Arsenal matches today and we are utterly unrecognizable.

Victoria Concordia Crescit, a motto that Arsenal FC has been known about for a better part of its history, and a trait highly recognizable for 20 years, is all but lost.

There is neither the philosophy nor the identity. The guy has managed to suck the soul out of the club in a matter of just a season and a half and traces of the famous Wengerball are all but gone.

His first season in charge didn’t start well as we lost the two opening matches of the league albeit them being against the big guns. Then followed the unbeaten run in which people threw all kind of plaudits his way even though the performances were not all that. We were eventually going to be found out when the luck runned out and that is exactly what happened.

The performances continued to get dire and it got tedious to watch us play. Fans were scratching their heads wondering what exactly was the manager doing as he continued to shred our identity to pieces. The honeymoon period was over and some of us started to realise that we won’t be getting anywhere with him. That sentiment has carried over to this season and majority now seem to agree with it.

There is no way to sugar coat this; the guy is simply terrible and way out of depth with his poor tactics and management style. He has proven his tactical ineptitude time and time again by his bizzare team selections and decisions. I am not sure he even knows what he wants from the team let alone if he is capable of communicating the same to his players. That becomes very apparent when you watch us play as we are so disjointed and lack any real cohesiveness.

His persistence to keep on playing three defensive minded midfielders in most of matches is a head scratcher. It becomes even more bizarre when you take into account that most of those matches are at home and against bottom half teams who are there for the taking. This has left us void of any creativity in the midfield and as a result our front three are left isolated and need to drop deep to try and affect play. Our chances creation has gone down drastically and his predictable wing play tactics are simply not working. Are we short on creative players in our team? Perhaps. Do we have at least one person who can change that? Yes. So why aren’t we using him?

Emery is terrible at man management. He just can’t handle big players and instead of working with them, what does he do? Freeze them out. It happened with Neymar at PSG, it happened with Ramsey last season, and it is happening with Özil this season. What kind of a manager intentionally leaves out his best players just to satisfy his ego? The poor management of Ramsey’s situation led to him going on a free, an utterly stupid decision from the club considering how important a player he was to us.

He is doing the same to Özil this season and is purposefully making us worse for reasons only he knows. Say what you want about the guy but you can’t honestly tell me that Özil doesn’t deserve to start in our current team, and that he won’t massively improve us. You would be lying and making a total mockery of yourself  because no one would be that stupid. The situation hasn’t done us any favours as the manager continues to duck the questions about it and hide behind the board which leaves me with the question, until when will this persist? How long is long enough?

Show him the door

I am not saying that our problems start and end with him but I seriously think it is high time that Unai Emery was shown the door. It is way apparent that we will not go anywhere but backwards with him in charge and there is no sense to keep him on as manager. It will just cause further divisions and the atmosphere will get even more toxic thanks to his presence. He has already lost the fanbase and there is no way he is getting us back.

The circus on the pitch has gone long enough and it is high time it was packed and closed up. The circus in the boardroom however is another case but that is another topic for another day.

You can hit me up on twitter through @mahdylody