Raul Sanllehi is the main reason why Unai Emery still remains head coach of Arsenal Football Cub despite his serial failures. The circumstantial evidence is overwhelming both from his history at Arsenal and a far much longer record at Barcelona.

Sanllehi is known for being a ruthless, single-minded wheeler dealer. If you are a target in his gunsights, he will get you sooner or later by fair means or foul. If you are opposed to his ways and means you are on the way out, double time. Ask Sven Mslintat. Here is the money quote:

“It had actually been agreed that I would become technical director, so then I would be around the team on a daily basis,

“But the new leadership had their own agenda and other candidates.”

Barely one month after Raul became Head of Football Operations Sven was through the door.

But Raul is standing-by Emery. This is despite a Twitter poll the evening after the Wolves match, with 43,000 votes, when a whopping 90% of Arsenal fans wanted Emery to be sacked immediately.

Don’t get me wrong. I am not saying a club should be run by poll numbers especially after a bad result. Fans are notoriously fickle. After twenty years of unparalleled consistency, always in the top-4 and competing in the champions league, two years later after coming 5th and 6th, said same fans were flying airplanes, bedsheets and A4 banners demanding their greatest ever manager be sacked. And they succeeded. 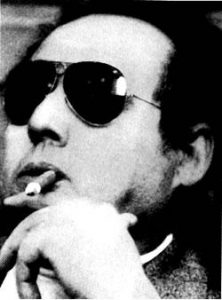 Image of a true Italian Mafiosi

After one transfer window of spending those same fans were proclaiming the triumph of Don Raul for his wheeling and dealing.  And Sanllehi was loving it. Away at Liverpool, he was caught hamming it up with fans, milking every ounce of their praise and adoration for having spent £137 million on new players. (Btw it was net £89 million, while losing Aaron Ramsey on a free, but why let a few inconvenient facts get in the way.)

But when it comes to Emery, Raul is not as fan-friendly as he tries to appear. Right after the thrashing at Leicester, the club, i.e. the execs, briefed David Ornstein for a tweet he did for @TheAthleticUK. The message was very clear:

When you unpack the statement it reeked with total arrogance and conceit. There was neither acknowledgement that results had been poor nor that the coach bore any responsibility. To the contrary fan unrest and uproar was dismissed as “noise” and that the club was on the “right path.”  That path, ever since April 2019 and continuing into the new season, has been one of letting leads slip, scoring very few goals and conceding even more, while sliding downwards in the table.

So furious was fan reaction, by November 11th the Board itself had to release a statement to the media, where Raul was contrite and apologetic:

“We are as disappointed as everyone else with both our results and performances at this stage of the season.

“We share the frustration with our fans, Unai, players and all out staff as they are not at the level we want or expect.

“Things need to improve to meet our objectives for the season, and we firmly believe Unai is the right man for the job, together with the backroom team we have in place. We are all working intensively behind the scenes to turn things around are confident we will.

“We never take our fantastic support for granted. We hope we can all stick together and get behind the team in this challenging period, as together we are stronger”.

Instead of Arsenal heading in the “right” direction, he admitted to both the poor results and performances as well as sharing fan frustration and disappointment. To show how much his position with respect to Emery has changed and aligned with the fans, his support for him has gone from 100% to “firmly”.

That, my friends, is the definition of a “disguised pass” benefiting Emery. Not even Ozil could surpass that.

Apparently those pious platitudes by Raul have quelled the anger because the frothing and raging on Twitter has subsided since then. Additionally the international break has eased the pressure considerably removing Emery and the club from the firing line.

But no sooner had one crisis passed did another rear its destabilizing head for the Don. Mid to late week came news that he is in opposition to the Board chairman Sir Chips Keswick and fellow board member Lord Harris of Peckham who want legendary David O’Leary to formally join the senior board in an official advisory capacity. One wonders why Sanllehi is so desperate to not have a football person as well as a very long serving Arsenal man from being in a position to advise the Board on football matters. 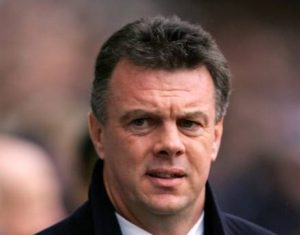 Truth is Sanllehi has never been a football man. His background is in sports marketing and was fortunate in the early 2000s to be the General Manager responsible for Nike’s marketing and sales activity related to Barcelona merchandise. Because of this connection he eventually became the marketing executive at Barcelona. In 2008 Txiki Begiristain, now at Man City, who had been Director of Football at Barca was appointed Vice President of Fooball and he promoted Raul to be his successor. This came as a surprise to many as the Director of Football position was traditionally filled by either former players or people with a stronger background in football than Sanllehi had.

Wheeling and dealing at Barca

From his earliest days being the Director of Football Sanllehi was renown for his frenetic activity in the transfer market in contrast to Barca’s tradition of promoting from within.  Many of his big transfers earned big headlines but they eventually turned out to be big busts.

Treating loyal players like shit once they had an injury was a defining episode during DOF’s Sanhelli tenure. Case in point is Eric Abidal.

No wonder Laurent Koscielny was willing to destroy his hard won nine-year reputation at Arsenal to get out once the club refused to agree to a lighter work load in his final year.

Most troubling of all is the Don’s reputation of cutting corners and breaking rules to make deals happen.

That is how by the fall of 2018 he came to be appointed Director of Football Relations at Arsenal. The lucky devil, despite his lack of knowledge and experience in how to organize and build a football club, months later, by default, became the Arsenal’s chief executive for football.

In light of his history of dodgy wheeler-dealing, surely it is prudent for Sir Chips and Lord Harris, as part of their fiduciary duty as chairman and director of the club respectively, to have a proven football man advising them on the pros and cons of Raul’s proposed deals. If they fail to do so, then they must be held personally responsible for any repeat of the shady practices that became rife at Barcelona while Raul was Director of Football.

How long will Arsenal fans put up with Sanllehi?

As for the Arsenal fans, how long will they be satisfied with Don Raul’s equivalent to the Mafia tradition of free distribution of turkeys during Christmas and Thanksgiving? In our case he is using the transfer window as a way to pump up excitement for a time while hanging on to his failed, discredited policies.  In the case of Emery, how long will Raul remain loyal before he dumps him for his own survival? In the case of Sir Chips, will he stand by this druthers or fold up like a cheap suit?

So many questions, so little time.

Hat Tip to youaremyarsenal.com for their research into Sanllehi’s history at Barcelona.