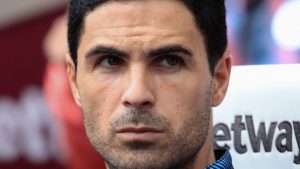 Arsenal saw their away-day miserable luck continue against Crystal Palace as they could only muster a point from a game which they should have won in opening half hour. The fact they we didn’t was in large part due to our lack of creative play,  moments of lapse in concentration, referee’s special attention to our every foul, VAR’s absence of a blind eye except when it comes to Liverpool, and finally our inability to bury the chances that we did create.

It seems Mikel Arteta has inherited the fortunes of his former Arsenal boss. Dominate possession, score first, only to see your fortunes take a complete swing thanks to a referee call and a lucky goal for your opponents. It is a film we have seen many times, especially over the last 3 seasons and beyond.

Arsenal named an unchanged XI for first time since January of last year and one can argue that Arteta already has a grip on his preferred XI in four-weeks, something Emery failed to achieve over the course of 18 long months.

Crystal Palace began by sitting deep and compact with the purpose of making it hard for Arsenal to play between the lines. This however allowed Gunners to dominate the possession and play a high line that forced Palace even deeper and allowed David Luiz to almost play as a deep-lying playmaker. The fact that Torreira and Xhaka were also neat on the ball helped.

Time and time again Luiz tried to find the runs of either Kolasinac or Aubameyang on the left flank as Arsenal stretch Palace to the extreme. The moment the Brazilian defender was able to thread a neat pass between the lines to find Ozil, the whole Arsenal front line suddenly came to life and German’s quick pass to Lacazette was enough to disrupt the discipline of Palace’s back line and open a small gap for Aubameyang to make his run and Lacazette to find him with a neat threaded pass. The rest was all too simple for in-form Aubameyang to put Arsenal ahead inside the first 15 minutes.

Arsenal continued to dominate possession thereafter without ever creating a chance. Lucas Torreira once again looked like a different version to the one we saw under Unai Emery. His ability to shield the ball and dictate tempo in the midfield was exemplary but soon Arsenal started to lose that control and allowed Eagles to play more in our territory but without ever testing Leno. Niles showcased another commanding full back display and never allowed Zaha a whiff of a chance.

Second half saw Arsenal luck starting to waver. First in the shape of Torreira’s injury which saw the introduction of Guendouzi and then in the shape of a deflected goal that saw Palace equalize.

As the intensity of the game raised up a notch so did Arsenal’s fouling which resulted in quite a few good free kick opportunities for Crystal Palace. And through one of these they took advantage of Gunner’s lack in concentration as first they allowed the Eagles to slip in a straight forward pass out on right wing and then twice failing to deal with the cross as Ayew shot at goal only for it to take a decisive deflection off David Luiz into the back of the net.

Before this Palace had already come close to scoring but were denied by Sokratis clearance off the line. However, Arsenal did show a good reaction in wake of that goal and Luiz could have scored from a corner but his header went closing over the bar.

But just when Gunners started to look threatening, VAR intervened as star man Aubameyang saw red after a nasty tackle on Meyer. Was it a red? Yes. But we have seen many like these go without notice recently so it was good to know that VAR is properly in use only for teams whose results won’t impact the would-be champion, Liverpool.

Arteta quickly responded by bringing on Martinelli for Ozil in order to better the shape and provide more pace and directness going forward. And it is fair to say that it worked as intended. Even with a man down Arsenal looked more likely to score and should have had it not been for Guaita, who produced two stunning reflex saves; first to deny Pepe and then Lacazette, who really should have scored, but only hit the rebound straight into the keeper’s hands.

Palace, on the other hand, came closest to a win when Zaha (who else) went down softly in the box aiming for a penalty. Referee Tierney summarily dismissed his appeal.

The game ended with both teams sharing the spoils.

Arteta and Arsenal must have been frustrated at the end as they had enough control and chances in the game to win it. Instead, just like Bournemouth, they could only take a point. But amid the frustration, one could feel that this Arsenal side is on the right track under it’s new leadership and the only thing missing on the day was the ability to make most of their good periods and extend them longer to stamp more authority on the game. One feels that under Arteta this will come in time.

In their post-game podcast, Shotta and the “Vindicated” Blackburn George have reiterated a point they made several months ago; Palace proves that even with the best coach available there is no quick-fix to rebuilding Arsenal. They conclude that Arsenal must forget top-4/top-6 and focus on the cups in the next months. Further, that being out of Europe next season would be a blessing as focusing solely on the Premier League  will give the club time and space to rebuild. Click on the link below for more: