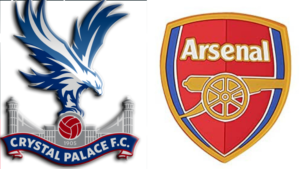 The international break came at something of an inconvenient time for Arsenal, but we’ve made the most of it. We had some players make their debuts, and some players, like Pepe, score goals. Meanwhile, we kept up match sharpness in a behind closed door game with Brentford B, and just to top it off, we managed to annoy the Chelsea manager because Mikel Arteta won Manager of the Month.

We’re in 4th position and with some margin for error as well as our fellow challenger keep dropping points, while we keep winning (Liverpool aside)

Palace no longer a walk-over

Normally, we would be viewing playing Crystal Palace as something of a walkover. But this is a Patrick Vieira led, new look Palace, who like us, have some talented young players, and also like us, they been making their international debuts. While their form hasn’t been as good as ours, especially at home of late, for a side who were largely expected to be relegation fodder, they have done quite well. They held City to a goalless draw last time around, making it a close title race again. Hopefully, they won’t be having a similar impact on the top 4 situation.

We were lucky to get a draw with a last minute Lacazette goal at the Emirates in the reverse fixture and, in my opinion, Palace have often been quite unlucky in that their performances have been better than their results. Despite a period where it seemed they’d lost the goalscoring touch, they have scored 39 goals, just 5 fewer than us. Yet they find themselves in 12th spot with 34 points and a goal difference of 1.

Both their star players, Zaha and Olise, are injury doubts, although I expect at least one of them to feature. Losing their leading scorer and assist maker at the same time would surely be too much. Another player to watch out for is Gallagher. He seems to pop up everywhere, and I will be looking forward to our battle with him in midfield.

Arsenal have their own injury concerns with Ramsdale, Tomiyasu and Saka all listed as doubtful. But going by the tone of Arteta’s presser,  I’d expect Saka to be fine, and Tomi seems like he’s well on his way back. It does seem like Leno will continue in goal, and if there’s any risk of aggravating Ramsdale’s injury, I think it’s the right decision. Bernd is a good GK, professional and honestly, it makes me sad to see some of our own fans’ discourse about him. Hope he does well if he plays.

At the other end of the field, our top scorers are Bukayo Saka and Emil Smith Rowe, both at 9. It would be great to have both of them in double figures by the end of the season. Maybe even sooner than that. ESR hasn’t been playing as much recently but I have a feeling he’ll start this match and will score. Martinelli of course has been doing well, while Lacazette remains the experienced CF linking it all together. Pepe could come on and make a difference too.

I hope we start the match in quick rhythm and on the front foot, because that attacking lineup is quite exciting. And with Xhaka and Partey in midfield, we have a base for them to perform. Palace won’t make it easy for us, but I like our chances to win and to get within 2 points of Chelsea in 3rd place.

Arsenal’s kits for next season seem to have leaked and they are a thing of beauty. A Champions League return is the minimum those shirts deserve, as do the fans. It’s been 5 long years and that’s too much. We have a really good chance now, so let’s make it count.

In our latest Positively-Uncensored podcast,  Blackburn George, @arseblagger and Shotta, @shotta_gooner express the view that “Opportunity Knocks For Arsenal”

As always we invite you to support our straightforward, uncensored point of view without the false narratives that now dominate coverage of Arsenal in both mainstream and social media.