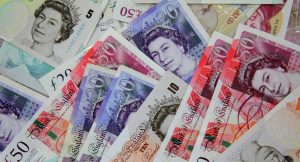 Arsenal go into their first home game of the season and will hope for loud support from the crowd as they face a strong Chelsea team. The gloom and despair brought about by the opening day loss has been somewhat dispelled by the arrival of two new players. Well, one new player in Aaron Ramsdale and one return of a familiar face, Martin Odegaard. A tidy sum of 60m has been spent on acquiring these two players, in addition to the 75m already spent, with only 22m Joe Willock departing. There’s some rumours that we’re still not done with our transfer business, and that more could leave and amazingly, more could come in.

Regardless of the money spent, transfers always tend to represent hope. Something Arsenal sorely need. I know nothing about Aaron Ramsdale or how good he could be, but this amount spent on him indicates the club view him as a future first choice keeper. Maybe even in the immediate future. Their track record, especially on keepers, isn’t encouraging, but Ramsdale deserves a chance to prove himself at the club he also supports. Odegaard meanwhile will help add some ‘technical security’ to our midfield. He has been credited with sparking our improvement in the second half of last season, and the combination of ESR, Odegaard and Saka playing behind Lacazette was one of the few times we looked good on the ball.

Sometimes even at the cost of losing good players and on their value, the manager has been backed with the players he wants in goal, defense, and midfield. We already have Lacazette and Aubameyang, Eddie and Martinelli, and young Balogun in attack. I think the excuses need to stop about this not being Arteta’s team.

But will they? Post Brentford was the first time Arteta said he didn’t want to make excuses and then really didn’t. As it turns out, he was saving them for his next press conference. I get that it isn’t convenient to lose two strikers 48 hours before kickoff, but he used the word ‘unprecedented lineup’ twice, and really, it feels more like an excuse after the way we played.

Moving onto Chelsea, Lacazette has been (likely) ruled out, while it remains to be seen how Auba has been in training. Odegaard will not be available, but Ramsdale will be. Chelsea meanwhile will have Lukaku available, while Pulisic is out.

Chelsea were quietly impressive in their opening game against Vieira led Crystal Palace. It took them a free kick to open the scoring, but they were always in control of the game, and with the addition of Lukaku this is a team with title aspirations. In other words, Arsenal will have to be very good/lucky to prevent starting the season with 2 losses, and with ManCity to come next that’s not a pretty thought.

Arteta said he has plans to stop Chelsea playing both with and without Lukaku. That was a response to a leading question but I think it also hints at how we’re going to approach the game. Stopping them is the first priority. I wonder if that means sitting in a low block, or will we continue pressing high like we did in pre-season. That game cost us Thomas Partey (I am not a fan of playing PL teams in pre-season), and I think we should be prepared that Chelsea can get dirty if they choose to be. Our recent record against Chelsea is good, and we have beaten this Tuchel team before. But that was when they had other things on their mind. This will be a very different challenge. On the plus side, we have the attacking talent to trouble them.

Brentford said their plan was to close down our middle and have us play through the wide areas, and they managed to do it for the most part. Both Sambi and ESR will be key in creating some space in the middle for themselves and their teammates. Saka and Pepe can also help from the wide areas either by beating their man, or by making runs in the half spaces. If Auba plays at CF, we could use his speed and experience to get behind them or have them drop deeper. Hopefully it will be more than just Tierney and 33 crosses. Maths is boring!

Personally, my expectations from this season are very low. I don’t think we’ll finish top 6, I don’t think we’ll play the sexy attacking football we were used to, I don’t think we’ll be about youth development, and the messaging from the club on their intentions and targets is intentionally vague and confusing. I’m fairly certain we won’t even see a change in manager unless we’re in relegation trouble. This is Arteta’s Arsenal now for the foreseeable future.

Being that as it is, some will say we need to just accept it and get behind the team and the manager. Good advice, but as ever, the team needs to win approval rather than just demand it. This game against Chelsea would be a good place to start. To show we’re not afraid of standing with the big boys and though our current standing may not be great, our ambitions are. We beat them last season both home and away. We need to win again if we’re to start matching our results even from last season, let alone our ambitions.