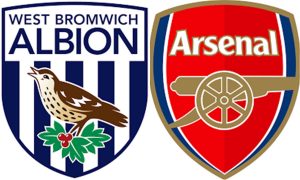 Arsenal have won back-to-back PL games for the first time since the start of the season. In the interim their record was P12 W2 D2 L8. So for the time being, any talk of recovery is best left on ice.

It doesn’t help that we’ll be travelling to the Shire to take on the Baggies and their faithful pal, Sam. Except they are more likely to play like orcs if Mr Sam ‘I could do that’ Allardyce’s history is anything to go by. He’s already been looking forward to the contest as he said we are relegation rivals. Maybe he should have concentrated more on Leeds.

Anyway, they seem to do well against the bigger teams having secured draws against ManCity and recently, Liverpool. So we’re a safe bet for an easy win.

Arsenal haven’t won at the Hawthorns in our last 3 games, but WBA’s home form is terrible right now, conceding 13 goals in their last 3 and scoring just one. In fact, they are last in creating shots. But they have managed to score 11 goals in the league. They seem to spread the goals around as Callum Robinson and Connor Gallagher are top scorers with 2. Their defense is terrible though having conceded 35 goals. I think it’s fair to say we can look forward to having a lot of the ball as Sam Allardyce looks to sit deep, tackle hard, play on the counter, and have players dive. I wonder what the former Arsenal players in the squad (Gibbs, Bartley and Ajayi) will make of these tactics. We have to be prepared to deal with it though.

Of course we have some issues of our own. For one, Willian might be back. Ok, I know it’s not fair to go in on one of our players like this, but he is a symptom of what is wrong with the club. Plus he went to Dubai to party, so whatever.

But Auba’s form ought to be a concern. He’s obviously a good player but he’s seemed increasingly isolated and it was weird to see him not run past defenders on the break. Is he just tired? Hopefully he goes ‘new year, new me’ and smashes WBA for a hat-trick.

Saka has been a bright spark, but might not be back yet after being tackled in the last game. As it is, he probably needs a rest anyway. Enter Martinelli? Lacazette deserves a return. And what of Eddie or Pepe? It all seems a bit of a mess to me recently, so we’ll just see what Arteta goes with.

Of course the transfer window is open and in keeping with our refrain of having too large a squad, the first move we made was to send Kolasinac out on loan to Schalke. Does that mean AMN is Tierney’s backup? Rumors point to a busy window (when do they not?) so we’ll have to see where we end up at the end of it. Even Ozil wasn’t ruled out completely by Arteta, but I wouldn’t expect him to be brought back. Arsenal are determined to sink or splash about without him.

About the smartest thing Arteta said in his press conference when asked what the target for the season is now. Just win the next game. That is how Arsenal need to approach this situation. I see Arsenal fans are starting to look up at teams above us again. I am not so optimistic. I haven’t seen much to encourage me beyond quality individual play and an occasional willingness to attack. That, combined with some defensive and physical solidity should be enough to win against the terrible West Brom. I’m not expecting a swashbuckling display (I am often wrong, so place your bets accordingly) But I’ll take a win, and start the new year with a positive result.