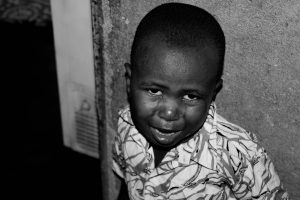 Jut Having a Moan (Courtesy Wikipedia)

It is a very unusual situation when the majority of Arsenal fans see a loss as a good thing. The fans who are increasingly soured on Emery see the loss as a vindication of their stance and the fans who are now reluctant to turn against the benevolent Kroenkes see it as a fantastic opportunity to mouth off about wrong tactics and wrong team selection.

First off, the best tactics is the one that wins a match. If you lose, your tactics were rubbish. Similarly with the best team selection. We live in a world where there are no halfway houses. You lose, you are shit. You win, it is great. Except when you don’t like Emery so that every win is a lucky break and not down to the manager and every loss is proof of the manager’s ineptness. Tiring.

Yes, you have either watched the match or you have read reports or tweets, comments etc. about the Liverpool v Arsenal match. You have read how Aubameyang and Pepe had sure banker chances and then some more to put Arsenal ahead but they fluffed their lines and we end up losing 3:1.  These chances have long been condemned to that part of the brain where the need to moan is more dominant.

By the way, guess who gets the blame for Pepe, PEA & David Luiz not doing the jobs they get paid trillions to do? You guessed right, Emery.

In my world, I will continue to maintain that you can be sour on a manager and still maintain your balance in realizing when things are not his doing. Yes he is ultimately responsible but his job is not to sort out Pepe’s feet.

There are wild claims Emery got the selection wrong yesterday. I struggle to follow this line of thought. Many claim Lacazette should have started. Did they miss his injury in our final game of pre – season and did they also miss the bit where he sat out the first match of the season and was used for only 70 minutes in the second match? Please go back and read about the club’s apprehension regarding his injury in July. You don’t have to allow facts get in the way of your desire to moan eh?

Torreira – did the moaners miss the bit where Lucas only returned to the club after Copa America duties and holiday on 31stJuly 2019. By comparison, the bulk of his teammates started pre season almost four weeks before him. So it is unlikely he is as match fit as his other teammates. Again, why should those moaning allow their lack of key information on player fitness and readiness get in the way of their wet blanket behavior.

Kolasinac v Monreal is not a debate that any true Arsenal fan should be genuinely having. Monreal is the better defender although you can make a case for Kolasinac supporting the attack better. Again if you wanted Kolasinac to start, would this be the same Sead that vile robbers wanted to knife recently and have threatened his family to the extent that his wife has temporarily had to leave the UK for Germany? Did you factor that into your Emery got his selection wrong absurdity?

Were you expecting Mkhitaryan or Reiss Nelson to start ahead of PEA & Pepe? Please talk now so we can access the grade of your tomfoolery?

With hindsight, you could perhaps make a case for Calum Chambers starting ahead of David Luiz but it wasn’t a case anybody in their right senses could have made before this match with the performance of the Brazilian in his first two Arsenal matches. There was also nothing in Luiz’s last season’s encounter with Liverpool to suggest he shouldn’t have been selected to play against Mo Salah et al.

I am sorry I will be the first person to tell you I don’t know a lot about tactics. Sadly, the same can be said about those shouting themselves hoarse about Emery’s tactics. Remember that the only good tactics is the one that wins. So where are these moaners’ tactics? In their closet? In their email draft? In the cloud (cuckoo land)?  Remember if your tactics hasn’t been tested in a match yet, it is more rubbish than Emery’s tactics.

There was nothing wrong with playing narrow and somewhat defensively yesterday and then trying to hit the opponent on the break. The system broke down with Sokratis focusing all his energy on Van Dijk while nobody tracked or out jumped Matip. No matter how fantastic your tactics are if you don’t out jump your opponents at corners, clear your lines or not tug at said opponents’ shirt, you will come up short. ZERO TO DO WITH EMERY’s TACTICS if you still don’t get it.

Lots of things to Worry About

Arsenal fans continue to major on minors. Xhaka was one of the notable scapegoats from yesterday. He didn’t do much wrong in my opinion. His key moment if memory serves me right was providing the assist Pepe should have put away

If Luiz wasn’t already on a yellow, perhaps he could have bulldozed Salah for Liverpool’s 3rdbut he couldn’t risk a red. So maybe he should have kept his powder dry for the 3rdgoal. Monreal should have made a recovery tackle to save Luiz’s blushes for that 3rdgoal but it looks like it is time for the club to upgrade on Nacho despite the fact we all love him.

Someone needs to call young Willock to the side. He is in the side ahead of some big names and he should be busting two guts. There was a lot wrong with his overall game yesterday. However expressing frustration at a mislaid pass instead of chasing after the ball got me riled.

Hopefully Ceballos learnt a lot about the Premier League from yesterday’s match. Nobody allows you time on the ball and there is more physicality.

The PEA & Pepe link up requires time to gel. They were both on different wavelengths yesterday. There were numerous occasions when one should have passed to the other a lot sooner than they eventually did or not do and by then, Arsenal had missed a better chance on goal.

I hope Pepe’s price tag is not a burden on the young man. At minute 21 yesterday, I was genuinely worried that he doesn’t end up as the next Gervinho. He looked slightly awkward.

Time for another game next weekend. It is a MUST WIN only to the extent it is the shysters. The season is still young and a disappointing loss against Liverpool can easily be overturned as the season progresses however the season is never too young to defeat Tottenham.