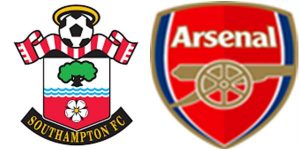 After meekly surrendering the Forever Arsenal Cup at the weekend, Arsenal return to Southampton, this time in the Premier League, hoping for a better result. But never fear, the object of all our problems, the albatross around our necks, the tormentor of Arsenal social media, Mesut Ozil, has left the building. We can all now look to the future with weight lifted and a song on our lips.

Singing paeans to Edu for getting rid of not just Ozil, but also all the toxic, radioactive deadwood by….cancelling contracts that are up in the summer. This is our moving on ritual, until we find new scapegoats. Who knows? Maybe we’ll discover one in the next game itself.

So, Southampton are having a good season, Hassenhutl came in to a difficult situation and with some patience from the Southampton board, has turned it around. They are having a bit of a rough patch however. Their only win in the last 5 games came against Liverpool, of all teams. As it stands they are in 10th, 2 points ahead of us with a game in hand. Win, and they go up to 7th.

They’re the team with the most tackles in the league and will look to pressure us. But they’ll be without Romeu in midfield and both their regular fullbacks, Kyle Walker-Peters and, rumored Arsenal target, Ryan Bertrand. These are their top 3 tacklers in the league. Surely a bit of luck we should be able to capitalize on. Up front they have Danny Ings and Che Adams who, along with Theo Walcott form one of the unlikeliest , potently good strikeforces in the League. Call them The Brexit bunch.

Walcott scored against us in the home game and could become only the 4th former player to score in both games in the PL after Rob Van Damme, Anelka, and aftv desperado. Arsenal will also have to be wary of the set piece threat of Ward-Prowse.

Aubameyang is still a doubt due to personal reasons. Whatever is up, I hope it works out ok. We will miss him, and it seemed like he was just getting back into form. But it’s not like we have a shortage of attackers at the moment. We ought to be able to cope. It’s not something we’ve done very well of late.

Looking up the table

With half the season gone we are on 27 points, having scored just 23 goals and conceded 19. We are on a run of 4 consecutive clean sheets, though. The last time we kept 5 was in January of 2006. We are also looking for a 3rd consecutive away win. So maybe things are picking up. With one special Ö being replaced by another special Ø, our fans are already looking up the table again to the once much maligned top 4.

It’s only 7 points to Liverpool in 4th but Spurs, Everton and Villa all have games in hand and could overtake them. West Ham are only 2 points away, and now Chelsea are going to get a football manager to replace the Turnip in a Tracksuit.

I think we’re competing with the likes of Southampton, Leeds, Palace, Wolves and even Burnley to finish in the top 10. No idea who qualifies, but the absolute worst would be Arsenal qualifying for Uefa’s new 3rd tier competition. The ignominy of the gap between Arsenal from a perennial CL team to that level would be too great. Hopefully, we can climb up the table to at least maintain Europa status.

The next 19 games will tell us a lot about the new Arsenal which set about mindlessly destroying every remnant of the traditional giant we were. You got what you wanted. You want to move on? Do it now. No more excuses. It starts on Tuesday night.