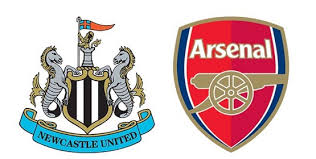 [If you appreciate the quality of our posts, please subscribe to this blog and spread the word on Twitter, Facebook and by word of mouth. Our mission is to expose the lies and bullshit narratives about Arsenal by providing factual, critical posts. We are Uncensored.]

When Arsenal takes the field at Newcastle this Sunday, there will be millions of fans worldwide optimistic that the upcoming season will be better than last year’s, that our club will be back in top-4, a goal that many big bloggers, tweeters and podcasters once disparaged.

Part of this optimism is based on the club’s almost frenetic activity during the transfer window.  Approximately £130 million was spent, the second highest among all PL clubs. Mainstream media have had numerous articles supplemented by graphics demonstrating how Arsenal came second in the transfer sweepstakes, next to United.

Transfer addicts within the fanbase have been giddy at the activity by the executive for football operations, Raul Sanllehi. Some on twitter have gone far as to call him “Don Raul”, for ruthlessly buying and selling players, unlike the caution displayed by his predecessors. According to the Daily Mail:

“…new Head of Football Raul Sanllehi has quickly made himself a cult hero with the fans, masterminding a number of brilliant deals over a summer that has by far and away exceeded expectations.”

But did Arsenal really become better after the transfer window?

Unlike the majority of conventional analysts and transfer addicts, to me it is useful to first analyze who we lost from the 1st team and rate whether it was a Positive, Negative or Neutral for the club.

In summary Arsenal subtracted two key players from the squad which I rate as a big negative; Ramsey and Iwobi in that order of importance, one at his peak and the other at the beginning of his growth surge. Danny Welbeck is rated a neutral because he was a second choice striker with the club with a history of key goals and assists. But his career was blighted with injury and his impact was never as great as promised. The funny thing is all three were either Arsenal-reared or British players with great experience of the demands of the League, something foreign players have struggled to cope with especially during their first year. These are intangibles that matter when the going gets tough, especially in the winter months away from home, when and where Arsenal usually struggle.

Five other 1st team players were dispatched over the summer or during the window including Koscielny, Jenkinson, Cech, Lichsteiner and Dennis Suarez and I rate their departure as positives for the club. Given the resources already available internally only Koscielny is regarded as a substantial loss needing replacement.

In summary, in terms of replacing the outgoings,  I have identified one positive signing in the form of David Luiz. Despite my personal feelings towards him, objectively he is superior to Koscielny in several key metrics. I am however neutral on the five others based primarily on their lack of experience. The most critical among the new personnel are Pépé and Ceballos who, in my opinion, are replacements for Iwobi/Welbeck and Ramsey respectively. His price tag and, numbers in Ligue Une and YouTube videos are no substitute for PL experience. He will take time to bed in. Similarly I am neutral on Ceballos. Not only is he new to the PL but his track record is being a Central Midfielder not an Attacking Mid like Ramsey. Frankly there are very few people in Europen football with Ramsey’s qualities. The stats clearly suggests we should have low expectations of both Tierny and Martinelli.

Negatives versus the positives

There are 2 big negatives on the subtraction side and one clear positive in the addition column; losing Ramsey and Iwobi while gaining Luiz. Some may see Pépé as a positive but am neutral. Losing Cech, Lichsteiner, Jenkinson  and Suarez may be positives but am not convinced we can expect  Martinelli or Tierney to make a big difference this season. I conclude the squad is either about the same, if not slightly worse.

I don’t expect this analysis to go down very well with the majority of Arsenal fans. We have been subject to years of propaganda by mainstream media and by our biggest bloggers/podcasters that transfers are the primary way to make our club better. Bu the evidence suggests a club of Arsenal’s financial standing cannot rely on transfers.

If you are Man City, and prior to that Chelsea, with endless millions to buy the best players and the best coaches, then a dependence on transfers will succeed. But United in recent years has proven buying big is no recipe to success. Liverpool and Spurs have pissed away millions on transfers in this millennium and don’t have a single title between them. Their recent success was built on hiring very good coaches who have imposed a certain playing style and year-by-year maximized the talent of the players available to them. Yes, they have made acquisitions but by and large their teams are now stabilized. So much so that last year Pochettino made not one single transfer and this year Klopp is doing the same. As a Gooner I regret to say, both are likely to do better in the League than Arsenal; at least the pundits and “experts” share that opinion as well.

Arsenal on the contrary is still in relative turmoil and uncertainty. Arsene Wenger commenced major squad rebuilding in 2016-17 which was incomplete at the time he and the club decided to part ways. Since Emery was appointed, he acquired six new players last year and another six after this recent window. Both Ferguson and Wenger, the most successful managers of the last 25 years, warned that it is difficult to integrate more than 2-3 new players into a squad at any time. These were both managers with successful teams that played a certain recognizable style. Unlike them, Emery does not have a settled squad nor a settled system. Am afraid the new transfers do not have the foundation necessary to be immediately successful this season.

But I will take great interest in seeing how the new signings are introduced to the Premier League and how they fare starting with Newcastle. With both Ozil and Kolasinac suspended I wonder if any will get a start.

Like most gooners I approach Newcastle with optimism in my heart but with  a brain that keeps telling me don’t be disappointed if things don’t go as you wish because our club is still going through changes. Am I alone fellow gooners?