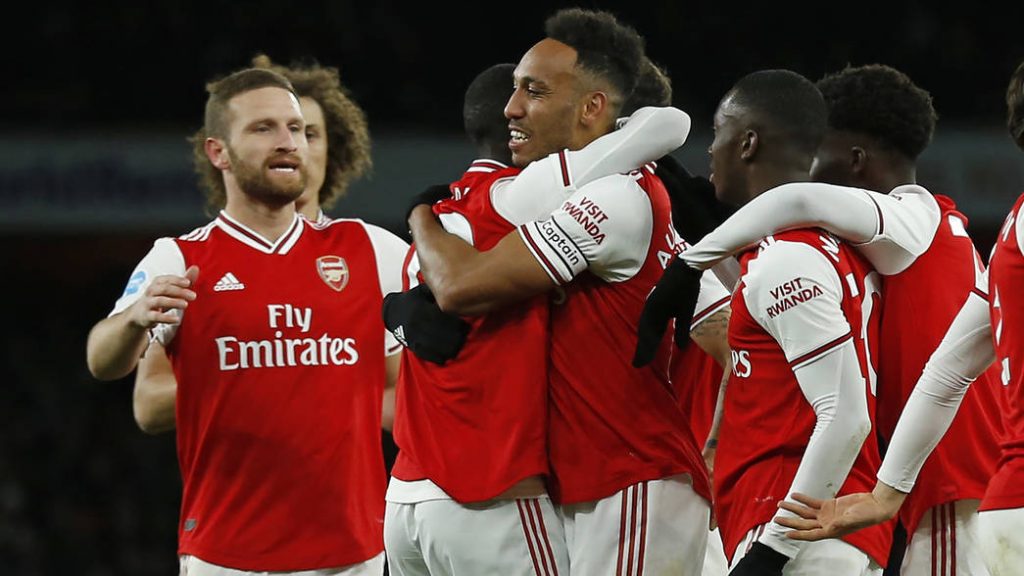 For Arsenal, Sunday all felt like a new beginning, a new start to the season. The team helped bring back some fond memories of good old Arsenal back to the Emirates as they romped their way to an astounding 4-0 victory over The Magpies.

One could have been spared if he thought that this was the opening day of the season, after all the atmosphere around the stadium, the club, players and the managers felt like one at the mid of the August. The difference being that instead coming back home after a pre-season tour to far east Asian countries like China, this time Gunners were coming back from a mid-eastern country, i.e. Dubai.

There was a sense of new optimism around the stadium and even though Arteta has been here for quite a while now, it felt like that after a mid-season bonding session tour away in the sands, both him and players got a chance to put everything behind them and move forward with new purpose and belief.

Arteta started by making bold changes in the squad, now that he has had a chance to know them closer and better. Nketiah was given a chance over misfiring Lacazette but perhaps the biggest shift came in the midfield in shape of Dani Ceballos who was handed his first premier league start in over 3 months.

With Newcastle expected to play a low block and look to frustrate Gunners, Ceballos and Xhaka on paper offered much more dynamism, technicality and creativity than either Torreira and Guendouzi could have. But for first 30 mins, it all felt like Dubai had never happened and that Burnley was just yesterday and that nothing had really changed.

Déjà Vu for half an hour

In that opening half an hour, it was all deja vu. Arsenal dominated the possession but failed to do anything with it. Ceballos did provided extra dynamism to midfield and playing in a deeper role he helped move the Gunners forward and was able to find Ozil in those little pockets of space but it was too rare and when it did, it hardly came to anything.

Newcastle did what they wanted to do. Sit deep, frustrate Arsenal and force them into mistakes and then counter them fast through their wingers in shape of Saint-Maxim and Almiron. And had it not been for poor decision-making in final 3rd, the Magpies would have punished Arsenal but it was not to be.

Nketiah cut an almost lonely figure up top and was hardly in the game.

But then the momentum slowly started shifting and Ceballos and Xhaka slowly started dominating, this time deeper in opponents half. This allowed Arsenal to consistently overload that area and provide more threat but Gunners still lacked the cutting edge as they hardly ever troubled Dubravka in goal.

The second half however, was a completely different game as the Emirates saw a  more  dynamic Arsenal to go with it.  The Gunners not only had more energy in their play but also had the capability and will to impose their style on the opposition and bend the game according to their own rules. Ceballos who in first half, stationed himself very deep and a bit further away from Xhaka, starting taking more advanced positions and in doing so, started playing much closer to both Xhaka and Ozil. This allowed the trio to not only get more involved in the game but also impose a bigger threat much close to Newcastle’s goal.

This close intricate play, nearly gave Arsenal the lead twice. First when Ceballos intelligently picked Aubameyang’s run beyond Magpies defence and then when a superb one touch passing play around the edge of the box saw Pepe find Nketiah with only goal at his mercy only for the young Englishmen to parry it over via deflection from crossbar.

Newcastle defence is used to this kind of play and how to deal with it but no matter how much compact you are, when pressure is exerted mistakes happen and that is the perfect way to describe Arsenal’s first two goals which came in a space of 3 minutes. Coincidentally the mistakes for both goals involved Newcastle’s Lazaro who was playing his first premier league game after a winter move.

First, after Pepe hung a cross at the far post, he let Aubameyang sneak ahead of him and get a clear header on the ball which gave Gunners the lead. Then he was humiliated by 18 year old sensation Saka when he not only turned him but also nutmegged him on his way to finding Pepe in the box, who expertly finished it past Dubravka. He made it look easy but it was anything but.

Steve Bruce, responded by taking Lazaro out of the game and for a moment they did find a bit of momentum and had it not been for their awful finishing they should have at least crawled one back but both Clark and Maxim failed to grab the chances.

After that it was all one way traffic, with Arsenal beginning to make it look like a training session and passing it around for fun. What followed was a 35 pass goal that involved every single Arsenal player on the pitch and showed the glimpses of Ozil as he was not only at the heart of this move but also got at the end of a move for first time in nearly 10 months. The smile was all around the Emirates and it was not hard to see why he got the ovation that he got at the time of his substitution.

But perhaps, the biggest moment of the game came a bit later when Willock slide pass perfectly found Pepe who just layed it off for Lacazette to take a swing at it and that he did. Even though he scuffed his shot, the ball somehow got enough to budge the net. First goal in 9 appearances and the relief was clear to see not only on his face but on every single person present inside the Emirates; players, staff,  fans, everyone.

At the end, it did all felt like a day for forgotten stars with Arsenal reminding it’s fans that they still can turn on the style and players like Pepe, Ozil and Lacazette finally getting numbers out of their hard work.

With City’s ban, Arsenal have got a hope for making it to Champions League by finishing in Top 5. Though it’s possible that just like the win over Manchester United, this might also lead to more draws and frustration.  But one could not escape the feeling that yesterday felt like a new start and a dawn of new era.

Only time will tell. But for now one thing is certain, Arteta needed a win and he got it in a superb style.