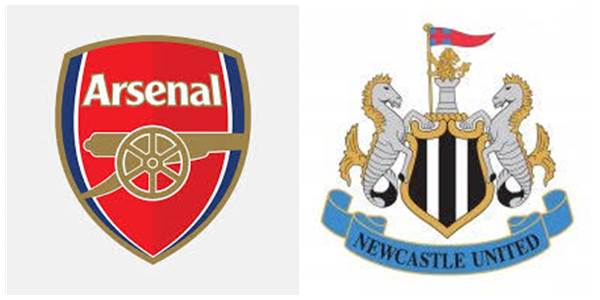 #ARSNEW: The Arsenal globetrotters are back in action at the Emirates this weekend. No, not the Emirates, but the Emirates Stadium. We trotted to the Emirates; the ones who are United, Arab and home base of our stadium sponsor. Well, you already know what I mean. I try to marvel at how confusing football can be to non-fans. Keep it fresh.

Which is exactly what Arsenal have striven to do in the past couple of weeks. They brought in two new players to freshen up the squad, and they used the mini winter break to get some warm weather training (the wusses) and team bonding.

The latter is an important part which our (still) new head coach was keen to highlight. The players got to relax and spend some time with their families. But more importantly, they got to live with their teammates and coaches. The same applies to the backroom staff.

With the departure of the man who can’t stop blabbing about how it’s not his fault, Arteta inherited a mess that he needed to clean up without actually having the time to do so. Now he’s managed to get in around a quarter of a pre-season;  a time to connect with the players and staff. To review, reiterate, refine and work on his philosophy.

A winter break at the right time

The Euro 2020 oriented winter break came at just the right time for Arsenal. 4 draws in a row in the league isn’t exactly great form. 2 weeks after the draw with Burnley, who were tied on points with us, we now find ourselves facing a Newcastle team also on 31 points. 13 games to go in the season, so the most we can end up on, if we win every game, is 70 points.

With Chelsea 10 points ahead of us in 4th place, it seems unlikely that the Premier League will be our route back into the CL. Which is fine by me. We could earn our spot through winning the EL (cup competitions are iffy), but I’d rather we showed we were up to the task in the league before worrying about the CL. Players contracts might be an issue though, but we are where we are because of certain individuals, some still at the club.

Still, one game at a time this season, and who knows where we end up? Hopefully the break would have done us some good, especially our attack, which still hasn’t recovered from the shock to its system. I’m dying to see some good football. Hey, maybe the break helped the fans too. Of course it would also have helped the other teams.

Newcastle come to the Emirates on Sunday with their Longstaffs. They’ll be full of beans and trying to kick lumps (of coal). Ok, maybe not. I was going to say Newcastle aren’t that bad, but they are dead last in passes made. No surprise then, that they also have the least shots (tied with Crystal Palace). They pass at a 74% success rate, and tackle at 59%. In 25 matches they have created just 24 big chances, less than one per game. Despite a decent attacking lineup, on paper at least, scoring goals has been such a problem that Jonjo Shelvey is their leading scorer with 5. Former Arsenal man, Isaac Hayden, is their leading tackler.

Not quite. Arsenal have their own struggles. We’ve taken only 32 shots more than Newcastle, our shooting accuracy is about the same (33%), and have created only 28 big chances. When people say Ozil is finished, I guess it is them realizing that Arsenal as a whole aren’t creating enough. I’m hoping that Arteta and the players would have found a solution to this, because let’s face it, scoring 32 goals in 25 games, with an attack led by Auba, Laca, and the creative force of Ozil is simply not good enough. Now that our defense looks a bit better, I expect that to be the next step.

While the break would have helped us relax, concentration will be key. We have 3 errors leading to a goal, while Newcastle have 8. Keep out our own errors, play to our strengths, and a team like Newcastle should make a mistake that we can capitalize on.

Team News: Shad Forsyth said every one, except Chambers, is approaching a clean bill of health. Even with Tierney, he made the excellent point that since it is a shoulder injury instead of a lower limb issue, he has been able to run and train with the ball. No contact allowed yet, but he hopes Kieran will be back really fit. Pablo Mari should be up to speed now, while Cedric was training, but maybe his issue isn’t completely resolved yet. Same with Reiss Nelson from what I gathered. Still no press conference, so we’re guessing, but I’m going to assume there are no new injuries.

Now is as good a time to start Pablo Mari as any. The break should have helped him integrate and Newcastle’s passing and attacking struggles could help ease his introduction. Like I said, concentration will be key. But his passing ability and the fact that he’s left footed could help us play out from the back. Also, if he’s anything like Mertesacker, to whom he’s been compared, a defensive partnership with Luiz, himself a good passer of the ball, could help us in both defense and attack. I’m eager to see what he brings to the table.

I’m also keen to see if Arteta has plans to use AMN in midfield. He had one impressive performance there in the Wenger years, and was the bright hope touted by Gazidis/Emery. But since then he hasn’t got a chance in the middle, and there are concerns his first touch isn’t suited to it. But fixing issues like this seems to be something of an Arteta speciality. He can still fill in at full back if needed while Cedric recovers.

I’d also like to see Willock instead of Ceballos, but Dani boy has been making some very flattering remarks about the club and his time here. Maybe Arteta’s managed to convince him this is his best chance at making a good career and he’s finally ready to get is head down now that he has a coach he can believe in. His technical ability can be a plus if Newcastle are proving difficult to break down.

Prediction: 2-0 to the Arsenal.