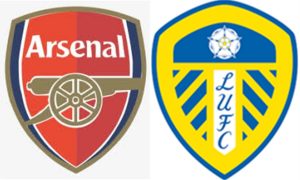 Arsenal finally got a chance to get a full week of training under their belts, and much needed it was too after the recent run of form. It’s still come too early for Tierney and Partey to return and that constitutes a problem.

The loss to Villa was put mostly on the referee, but Arteta did catch flak for bringing on Willian instead of a midfielder like Ceballos. Ugh, and now here I am advocating for Dani Ceballos. That’s how far standards have fallen. Xhaka and Partey seemed to be forming a good partnership and this injury is bound to have an effect. Plus, having sent out both Kolasinac and Niles we only have a backup RB as our first choice LB. I’m sorry, but that isn’t a very trustworthy process. So there.

Still, Leno is back from suspension, as is David Luiz (Yaay, I guess?). Auba will hopefully also find his way back to sharpness and goals. But the real redemption man will be Pepe. The last time we played against Leeds we held on to a goalless draw after Pepe let his frustration get the better of him as Alioski goaded him into a head tap. At that point his Arsenal career looked all but done, but of late, he has found new life and form. Mostly on the left wing. I wonder if we push Auba at CF now. Martinelli is back as well and could be another candidate for either of these positions.

Looks like we have some depth in attack. This is useful as maybe now we can start to put away our chances.

Creativity is a problem, especially with Tierney not there as an outlet, but ESR has helped, and this could be just the sort of game that he finds himself being a factor in. Or so we hope.

Marcelo Bielsa is an icon of the game now. All his tactics and image as a football obsessed, slightly eccentric individual aside, I reckon it’s mostly because his teams are just fun to watch. Which, ultimately, is what it’s about. They’ve taken 43 shots more than Arsenal in the PL season and scored 11 more goals. They have only one clean sheet less than us (7 to our 8) so they aren’t exactly poor on defense, though they do tend to concede a lot of goals in certain matches. And just to prove that fun football doesn’t have to be unsuccessful, the newly promoted team are ahead of the mighty Arsenal by 1 point, with one less game played. What a strange season this is. Or is it something more permanent?

We need to be wary of their star man Patrick Bamford. He’s got 12 PL goals already, and is also their leading assist maker with 5. Raphinha has been lighting it up of late as well. And former Arsenal youngster Luke Ayling is another important piece at right back and is their leading passer and tackler. They will be without Kalvin Phillips in midfield though.

Never much of a respecter of reputations, Leeds will look to press us early and counter us, committing bodies in attack. I wonder if we’ll look to keep possession higher up the pitch or sit deep ourselves and play through/above their press. Either way, without Partey as Xhaka’s partner, it is going to be a tough job.

Still, if we can get the ball to our front line in good positions, I think we can punish Leeds. I have a feeling Auba will score.

Win, and we get to 34 points. Just 6 behind Liverpool who are really struggling this season, to even maintain a grip on the top 4. We’re only 5 behind Spurs right now as well, after another Mourinho masterclass against ManCity.

Top 4 is beyond us this season, especially with the way we are playing. But I think it’s well past time for St Totteringham to make an appearance. Yes, beating Spurs is now my PL target. Oh, and avoid the 3rd tier Uefa money/influence spinner. What are they calling it?

There’s also been a focus on players, coaches and referees, and their families, receiving death threats on social media. Whatever you think of Mike Dean and his federation, he doesn’t deserve that. Nor does Arteta. Nor did Ozil or Xhaka. It’s all become so serious and loud now that it seems to almost be an acceptable by-product of the industry. It needs to stop, and football needs to start being fun again.

Bielsa is the flag bearer for that. Maybe Arteta, who can trace some part of his footballing education to him, can start to take over now. A win on Sunday would be a start. A win with style would be ideal. Entertain us, Arsenal. We need it.