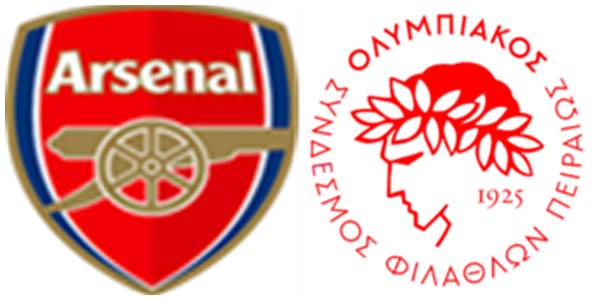 A tough, tiring, game against Everton ended in a victory. Two (2) in a row in the league now. This, as Arteta pointed out, isn’t enough if we’re looking to get back into Europe next season.

Our best route to the CL, in my opinion, is the Europa League. Not only does it seem more realistic, but the prize is a European trophy. The EL has also been something of a springboard of sorts for a few clubs looking to climb back into the Champions League.

To do all that, we first need to get past Olympiakos. It was a difficult game in Greece, but thanks to Lacazette’s goal, we came away with a 1-0 advantage going into our home leg. It sounds good on paper but it’s a very precarious lead.

Personally, I don’t understand why playing the second leg at home is considered an advantage. If the presumption is it is easier to win at home, surely it is also more difficult to recover from a potential defeat.

More relevant to us today, I worry that any extra time gives the away team a golden goal, essentially.

We must look to avoid that entirely. The way to do it is to keep a clean sheet and that is something we’ve improved upon under Arteta. But the Everton game was something of a reality check. The defense didn’t cover itself in glory, and of course there was also an injury to Kolasinac. He joins Calum Chambers, Kieran Tierney, and Cedric Soares on the injury table. All defenders. This just means that the ones playing need to step up.

Of course, it’s also meant that Saka has gotten an opportunity, which he has grabbed. Lacazette called him the best young player at the club and praised him for staying humble. Hopefully that is a good sign for Saka signing a new contract.

Lacazette himself and ‘the best player at the club this season,’ Aubameyang, both have their own contract issues too. Auba’s been getting a lot of coverage recently, and it seems mostly positive. Laca also says everyone at the club is happy with him. Hopefully this means we get them both to sign-on because it will be a lift to everyone at the club. Again, qualifying for the CL will definitely help.

So onto the game. I expect Olympiakos to be fired up for this. Call me cynical, but I also expect the referee to allow a lot of physical play. We should be prepared for it anyhow. The temptation to rotate must be there, because it’s been a tough run and can catch up with the team. However, now is not the time to experiment too much.

For once, I will not pick Pablo Mari to be a starter (now you know it’s guaranteed he will). However, I think we’ve seen some players rotated well in the past week so as to keep them fresh. I’m thinking of Torreira and Martinelli whose minutes have been on the low side, and I’d expect them to start. Could we see a front three of Martinelli, Aubameyang and Lacazette? I think that would be exciting, and scoring goals would be the safer option.

Midfield and defense is the platform

Ozil has been the centrepiece of Arteta’s game plan and I expect that to continue. His ability to find space between the lines and spot the pass might prove invaluable, and the front three will give him ample opportunity to pick out a run, or play one-twos to create space in the box. Torreira and Xhaka make a good partnership and along with the defense will need to provide a stable platform. If we can avoid a sense of panic, I think we’ll manage to find a rhythm and get through to the next round.

Prediction: 2-0 win on the night, 3-0 on aggregate. Lacazette and Martinelli to score from a Bellerin cross and an Ozil through ball respectively. (Why not be even more specific, heh)