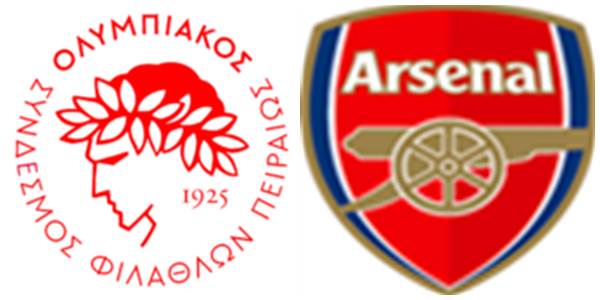 #OLYARS: After turning on the style in the second half against Newcastle, Arsenal have to be feeling good about themselves. Despite how the season has gone, there is still a small chance to qualify for the CL. Both through the league and, of course, through winning the EL. We’ve come close in the past two seasons, have garnered some experience. Now that we are finally starting to play up to our capabilities again, we ought to believe we can win it.

Our opponents in the first knockout round are the perennial Greek champions from Piraeus. They’ve won more titles than the rest of the league combined and won 5 in a row more times than any other club in the world. Dominant is an understatement.

They’ve had some big name players, and coaches in the past. Ernesto Valverde, Leonardo Jardim, and Marco Silva have all coached and won with Olympiakos. However they are now in the middle of a ‘decline’. After winning 7 straight titles, it is now 2 years since they won it. Arsenal boy Chuba Akpom led PAOK to victory last season. Normal order is likely to be restored though as Olympiakos are leading the way, 2 points ahead of PAOK with 6 matches to go in the Greek Super League.

The last time we faced Olympiakos was in the Group stages of the CL in 2015-16, with Giroud scoring a hattrick. Arteta was a member of that squad then. How time flies. Another member of the squad was a certain Santi Cazorla. Some reports this week that Arsenal are planning to bring him back to the club for a proper farewell. No indication of what form this might be in. Whether he just makes an appearance in the stadium, plays a friendly with Villareal, comes back as a player, or even a coach. What is certain is that Santi will be welcomed to the club by every fan. Maybe Raul Sanllehi is finally getting what Arsenal means. He’s certainly taking the credit for this. But more likely, it is Arteta who is behind this move. Santi looked up to Mikel as a leader when they shared the dressing room. I have a feeling Arteta eventually intends to do with Santi, what Pep did with Arteta himself. Bring him in as a coach. No matter what, or who is behind it, I hope this happens. I love Santi Cazorla and having him around the club can only be a good thing.

But back to more immediate matters. Arteta said Olympiakos were a lively bunch, who have a clear idea of how they want to play and try to execute no matter who they are up against. Papa has also been telling his teammates all about Olympiakos and the atmosphere we can expect at their stadium.

An interesting tidbit was that Mikel has changed our travel schedule. The team will be staying back in Greece overnight, and fly back on Friday morning. He explained that it’s better for the players to recover in a hotel after the match, rather than fly back late at night and across the time difference.

Arteta was also asked about young players dealing with the pressures and said he wants players to not hide even after they make mistakes. That this is all part of the learning process. He also said we have a squad big enough to rotate with the different competitions. However when asked about this game he indicated it would be a strong team since we have played just 1 game in 15 days, and rotation will take care of itself over the next few games as it is impossible to predict and plan for the future too much.

Pablo Mari and Rob Holding both played a half of football for the U23 team a few days ago. Both of them should be available for selection. Cedric Soares is still not fit. Torreira didn’t fly with the team because of illness. If he recovers in time, he will join them. But I expect that means he’s not going to play.

Mesut Ozil hasn’t travelled ‘for personal reasons.’ I’m guessing it’s to do with the Greek-Turkey rivalry/conflict rather than anything else. Something like when Miki couldn’t travel to Baku. Some puritans will be up in arms about it and choose to blame Ozil for it. But I’m happy for the club and the player to decide what is best in such situations.

It will be interesting to see if Guendouzi plays after reports of a training ground (and hotel!) bust up between Matteo and Arteta. It opened the door for Ceballos to come back. Hopefully it was just a rush of blood to the hair rather than a deeper issue with young Guen. About the first thing Arteta said he demands is professionalism. He’s made that clear all along and players have mostly bought in. No reason for the talented Mr Guendouzi to not follow that example.