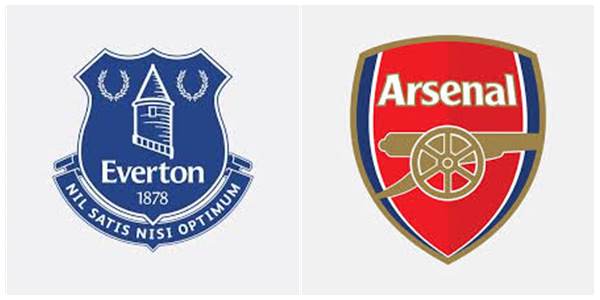 Is it just me or is it almost tradition for Arsenal to have a December trip to Everton? Probably just an unwarranted impression and I’m not going to check the past schedule. But Everton have always made me a little uneasy, right from when Rooney scored his first goal.

Oh, how far we’ve come. From David Moyes vs Arsene Wenger to Carlo Ancelotti vs Mikel Arteta. Or… not quite yet. Still no official confirmation on Ancelotti, and it seems Duncan Ferguson, or rather Big Dunc as it is mandated he be called, will once again take charge.

For Arsenal, while Arteta has been confirmed as the new Arsenal head coach, he will not be on the touchline for the game tomorrow. Freddie Ljungberg will once again take charge and I hope our fans sing his song loud, long and proud. The club expressed words of gratitude to him for the job he’s done and I hope fans communicate the same feeling. We love you Freddie, we do.

Let’s get the mundane stuff out of the way. Everton are 16th in the Premier League with 18 points from 17 games. They don’t pass the ball around very much (15th in the PL) but surprisingly create a fair number of shots. More than Arsenal in fact; 224 to 206. Of course there’s not much to be drawn from these stats when both teams have been underperforming and have interim managers in charge the past few games. Everton have picked up 4 points in their last 2 games against big name opposition. An upset against Chelsea was followed by a 1-1 draw with ManU. They seem to have regained some confidence at just the wrong time as far as we’re concerned.

Arsenal need to win to keep the slim hopes of top 4 still alive. Down in 10th place, 7 points behind Chelsea in 4th, it seems a long shot. But there’s still over half the season to go and with a new coach in place, who knows, maybe we’ll hit a rich vein of form.

So now we get to the exciting stuff. I can scarcely believe it. Mikel Arteta stands where Arsene Wenger once stood. It might have been delayed by 18 months. It might have cost us team balance, belief and identity in the meantime. But Arsene’s true successor is now here.

As a player Mikel joined us in the middle of a crisis and was extremely influential in stabilising the club and getting to 3rd in the table. Can history repeat itself for him as a manager? Probably unlikely as the job is that much harder and as he himself acknowledges, he lacks experience. However, he also says if he didn’t feel ready for the responsibility he wouldn’t have taken over. The thing is, I believe him when he says that.

Arteta has always been fairly forthright in his opinions, and it seems he’ll be no different as a coach. He constantly stressed the importance of identity and said we’ve unfortunately strayed from what it ought to be. This also includes giving chances to young players and Arteta seemed genuinely excited at the prospect. At the same time, he also left the players, young and old alike, in no doubt that he’s going to need them to show commitment to the cause, although he did say he’s going to have to first gain their confidence and help them.

This isn’t a surprise if we consider his days as a player and captain at Arsenal. I recently saw an ‘unclassic commentary’ segment he did with Rosicky. It was funny because unlike the usual banter, it was basically Arteta calling out all the flaws in his teammates’ games including his fellow co-commentator. While that can be grating, Rosicky didn’t seem to mind.  I also recall Santi telling Arteta he’s the leader even before he had the armband.

Apart from being universally acknowledged as a leader among the players, Arteta was the one Wenger most trusted. He was the manager’s coach on the field during  games.

Arteta is a strong personality, highly motivated, very demanding, and someone who understands the importance of Arsenal’s identity and values. It doesn’t hurt that he’s widely travelled as a player, and has played and worked under top coaches. He’ll need some time and patience, but Mikel Arteta is an exciting appointment for Arsenal Football Club. I can’t wait for him to begin.

Of course, as mentioned previously, Freddie will be in charge vs Everton. Arteta said he’d only discussed some basics but left it to Freddie to do what he thinks best. A decision on whether Freddie will stay as part of the staff will be made only after they have an in-depth discussion, and also the rest of the staff will be announced very soon. Some exciting rumours have been floated in that regard too, but we shall see.

Team News: Tierney and Kolasinac are both out with injury. As is Ceballos. While Bellerin, Holding and Ozil are doubts. Granit Xhaka however is available for selection again.

Prediction: Freddie to sign off (but hopefully stay at the club) with a 2-1 win. It won’t be easy, but the players should be eager to show the new manager what they are all about. I’m actually expecting an exciting attacking game with our superior finishing proving the difference.